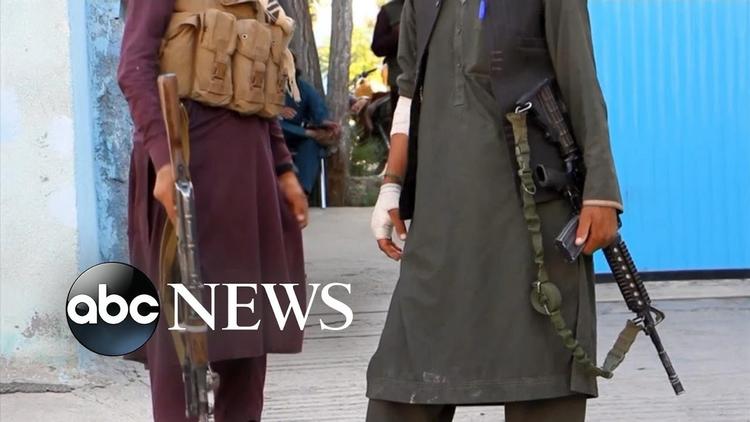 Oxford (Special to Informed Comment) – I do not wish to rub salt into the wounds of US and British officials who are responsible for the humiliating debacle in Afghanistan, but there is no way of sugar-coating this appalling tragedy, especially for hard-pressed Afghans who have experienced war and occupation for over 40 years. In my contacts with various senior Afghan officials and ordinary civilians, especially women, during the past 40 years I had been very encouraged and impressed by how they used a short period of peace to get educated, to establish a civil society, to serve their country and to assume positions of responsibility with relative ease, only for all those hopes and dreams to come tumbling down in a matter of few weeks.

The hasty withdrawal of US forces from Afghanistan in the dead of night, the hurried departure of US personnel and a few Afghan helpers under fire from Kabul Airport, and the lightning speed of Taliban victories can only be compared to the fall of Saigon on 30 April 1975 and for the British to the Suez fiasco of 7 November 1956. In fact, it can be argued that the fall of Afghanistan has been worse than either of those occasions, because both in the war in Vietnam and the invasion of Egypt the other side received powerful support from major powers, while in the case of Afghanistan a bunch of fanatics on motorbikes with no foreign support with the exception of some backing from Pakistan managed to defeat the world’s most powerful superpower.

The Taliban conquered most of Afghanistan in less than two weeks and a day after surrounding Kabul, the Western-backed President Ashraf Ghani who only a day earlier had promised strong resistance fled to Tajikistan with his vice-president and a few other senior officials, leaving the ordinary people to the mercy of the Taliban. It was an act of abject cowardice and betrayal.

No doubt, many articles and books will be written about this great geopolitical failure by the West, but here are some initial thoughts.

1- Already former President Trump and a number of neocons are blaming President Biden for his hasty departure, but this is totally unfair. The problem started with the start of the US venture in Afghanistan, not in the way that it ended. Initially both the Mujahedin and the Taliban were supported by the West and by Pakistan, Saudi Arabia and UAE to confront the Soviet forces that had occupied Afghanistan. In fact, it seems that the creation of the Mujahedin predated the Soviet invasion of Afghanistan.

In a remarkable book, former CIA Director and Defense Secretary Robert M. Gates revealed the scale of covert support for the Afghan Mujahedin, even six months prior to the Soviet invasion of Afghanistan in 1979. [Robert M. Gates, From the Shadows: The Ultimate Insider’s Story of Five Presidents and How They Won the Cold War (New York: Simon &amp; Schuster, 1996), pp. 143-49.]

2- The factor that was most responsible for the fall of Afghanistan was President Trump’s decision to announce the withdrawal of US forces from Afghanistan, even without consulting Afghan leaders or Western allies. His decision to hold talks with the representatives of the Taliban in Doha behind the back of the Afghan government emboldened the Taliban and undermined the morale of Afghan leaders and armed forces. It seems in this case, America first became America only.

In his various interviews with the media, Tom Tugendhat, chair of the Foreign Affairs Committee of the British Parliament, said that negotiating with the Taliban behind the back of the Afghan government was as if US officials had negotiated with IRA terrorists at the height of the Troubles behind the back of British officials about the fate of Ireland. He complained: “we abandoned the Afghan people”.

3- A clear lesson drawn from the failure of Western intervention in Afghanistan, the same as in Iraq, Libya, Syria, Yemen, etc., is that trying to follow old colonial wars in the 19th and the 20th centuries in the current century is bound to fail.

The United States has spent trillions of dollars on these futile wars with a huge loss of life only to leave the situation worse than before. In today’s world most countries and even militia have access to deadly weapons and are not as likely to put up with foreign occupation the way people in the third world were prepared to do in previous centuries.

This does not mean isolationism, but a clear and coherent strategy of working with other countries to achieve common goals. The world is faced with many existential threats, climate change, food and water shortage leading to mass migration, the pandemic, the threat of annihilation by nuclear weapons, etc. None of these problems can be resolved by war or by countries separately. They require collective action and a move away from war to cooperation.

4- One major consequence of the latest failure must be to limit the power and ambition of the neoconservaties and their dream of world domination. The time has come to end the dominance of neocon cabals who have been responsible for distorting US foreign policy and causing mayhem and misery around the world. Millions of liberal Americans who are opposed to the aggressive policies of the neocons must find their voice and must force the neocons to take a backseat in foreign policy.

5- The latest events in Afghanistan must also have a lesson for Israeli right-wing leaders to realise that reliance on brute force and on American backing has its limits. They can ensure their future presence in the Middle East not by non-stop expansion, suppression of the Palestinians and occupation of more and more of their lands. They should seriously start negotiating with the Palestinians in good faith before it is too late.

6- European countries should learn that blind support for US policies is a disservice to them as well as to the United States’ long-term interests. Had they been bold enough to pursue an independent course of action on Afghanistan and other Middle East crises they would have been able to remind some neoconservative US politicians of their excesses and mistakes when they go wrong and prevent catastrophes later. They should act as independent states, rather than as colonies.

7- The resurgence of the Taliban is not only of major importance to Afghanistan but also has many geopolitical ramifications. Without doubt, it cannot be good news for US interests, at least in the short term, but the rule of the fanatics in Kabul can pose many dangers for the neighbouring countries.

There are different scenarios in their relations with neighbouring countries. Pakistan is a clear winner because of its links with its own Pashtun populations and its historical relations with the Taliban in Afghanistan. The Taliban clearly need foreign friends in order to keep their population happy. They could either form an alliance with Pakistan, China and Iran that already have good relations, in which case it will be against India’s interests. Alternatively, they can form an alliance with India and Central Asian states with Russian backing, which would weaken their reliance upon Iran and China. Their best policy, however, would be to have good relations with all their neighbours and with all outside powers, including the West.

8- Finally, understandably, there is a great deal of apprehension in Afghanistan, especially among Afghan women, about a return to the harsh practices of the last time that the Taliban were in power. Despite the promises of some Taliban leaders that they have learned from the past and have moderated their policies, the behaviour of some Taliban fighters in the cities that they have occupied during the past two weeks have been far from reassuring. There have been summary executions, including the dragging the bodies of some of their victims through the streets. In some cities they have expelled women from their jobs and have forced them to go back to the home.

The Taliban must realise that the Afghanistan that they are inheriting is very different from the country that they ruled 20 years ago. There are many more educated Afghans now that there were before. Women have experienced a long period of freedom and social involvement. The whole Afghan society has had a taste of democracy and freedom. They are unlikely to put up with the Taliban’s old, medieval beliefs and practices. For the sake of the vast majority of Afghan people and for the sake of not making themselves isolated as they were before, they must adopt a more progressive and more moderate form of Islam, especially as most of their practices are not in conformity with Islamic teachings. In any case, the world today is not that of 1,400 years ago, and they must move with the times, as Islam prescribes.

9- Now that the West has left Afghanistan and betrayed millions of ordinary Afghans, it is incumbent upon Western governments to at least continue their humanitarian assistance to the Afghan people who will be in need of help more than ever before. It is also important that they take an active interest in the behaviour of the Taliban and will use all the international organisations to ensure that the rights of girls, women, ethnic groups and religious minorities will be respected.