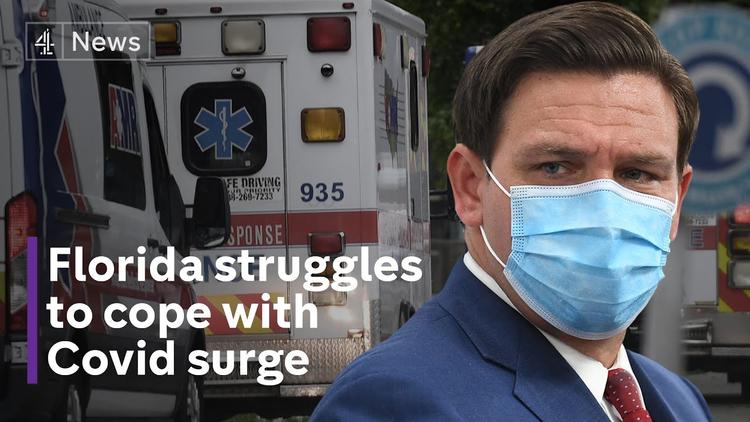 Southwest Harbor, Maine (Special to Informed Comment) – With the Delta variant of Covid 19 now producing escalating case counts and hospitalizations, talk among pundits has turned to the possibility of a federally imposed vaccination mandate. Many of these discussions and debates have revolved around familiar albeit simplistic dichotomies, such as voluntary choice versus government coercion. Less attention has been devoted to the conditions that make compulsory vaccination or mandatory masking acceptable.

Conservatives, who often maintain they are supporters of freedom, have in fact engaged in draconian assertions of executive power. Not only do they resist vaccination and masking requirements, they also prohibit local governments or private corporations from enacting their own regulations. Florida Governor Ron DeSantis puts this in the starkest terms. The Miami Herald reported in May,

“DeSantis … said he would sign an executive order invalidating all remaining local emergency COVID orders that are still in place after July 1 and suspend immediately any orders related to COVID-19 now. The measure would make it more difficult for local governments to respond to public emergencies by requiring any future emergency orders to be narrowly tailored and extended only in seven-day increments for a total of 42 days and gives the governor the authority to invalidate an emergency order. Currently, such orders can be extended indefinitely”.

If this were a liberal governor depriving local cities’ rights to deregulate health and safety matters conservative media would decry paternalism and term the action an expression of contempt for ordinary people. More proof They regard Us as deplorable.

Unfortunately proponents of public health campaigns too often have given their opponents ample opportunity to scream paternalism. Consider CDC’s initial response to Covid 19. As Naked Capitalism’s Yves Smith puts it:

“The CDC and the WHO were late to take Covid seriously despite China having to build new facilities on an emergency basis to house the afflicted and implementing hard shutdown on 70% of its economy. Part of that was discouraging the public from masking (even making home-made face covers), later justified as a Noble Lie to preserve supplies for medical workers.”

I take as most significant in this analysis the willingness of CDC, including the revered Dr. Fauci, to lie. And the bureaucracy’s sense that it must lie, even for praiseworthy ends, suggests at a minimum lack of respect for a democratic electorate. Or even contempt.

Equally problematic has been the frequent mantra that we follow the science. Apparently some DC bureaucrats believe we citizens cannot handle the possibility that there is significant controversy within science itself as to the mode of transmission of the Covid 19 virus

CDC Rigid adherence to the droplet paradigm for virus transmission as opposed to fine-particle aerosol transmission slowed the policy response and left the public unprepared for any shift in course.

I agree with the contention some have made that any public health initiative is likely to evoke blowback. No matter what the initiative there is a core coalition of supremacist and xenophobic groups who would do anything to defeat a public health agenda. And years of underfunding have taken their toll on the ability of the state to resist a pathogenic virus and a pathogenic politics.

The success of a public health initiative depends in part on not only with whom it is associated but also where.Conservative cultural warriors have overplayed their hands when they or their hand-picked governors endorse or enact statutes forbidding local governments from imposing masking or vaccination requirement. They are in effect anti-political ordinances. Individuals who might resent a universal vaccine requirement might accept local ordinances democratically enacted and often also take serious exception to laws that forbade them from action at the local level.

On a larger level reliance on local politics may seem too slow in an era of rapid climate change. The concern is well taken, but even universal mandates still require enforcement as well as overcoming legal challenge. In addition, local initiatives, especially ones built around affirmation of politics, can be contagious. Finally as Tocqueville recognized, local governments and other voluntary associations stood between individual citizens and the state, thus providing a bulwark for a diverse society and polity. That concern is even more pressing today.