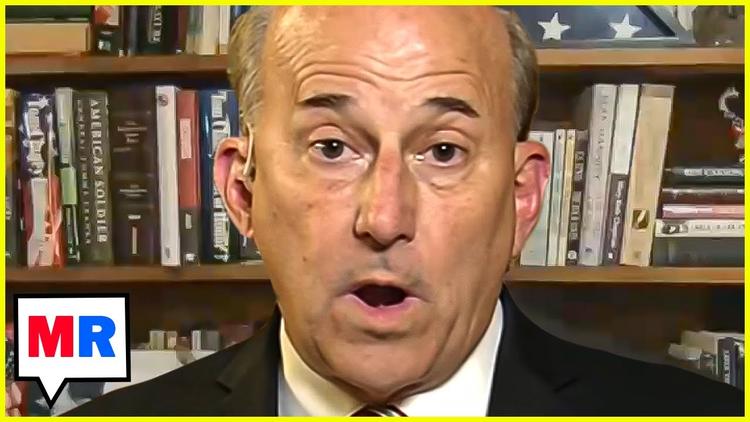 Ann Arbor (Informed Comment) – Mark Twain observed, “All Congresses and Parliaments have a kindly feeling for idiots, and a compassion for them, on account of personal experience and heredity.”

Texas Representative Louie Gohmert isn’t quite ancient enough to have been the object of Twains’ wrath, but he exemplifies the idiocy in public life of which he spoke.

Gohmert, a foul creature of Big Oil, has spent his political career denying the baneful effects on our climate of burning fossil fuels. The corollary is that he has to badmouth green energy, which is destined to pull the plug on the CO2-spewing oil and gas that pay for Gohmert’s clownish campaigns.

His new whopper? He told the far, far right OAN that the enormous solar farm on the border of Nevada and California is causing “hundreds and thousands” of birds to become “flamers,” burning up in the concentrated solar facility. So reports Brad Reed at Rawstory.

The Big Oil flacks don’t give a fig about birds or wild life. Gohmert has a 4% lifetime voting scorecard from the League of Conservation Voters. He voted against these bills: The Great American Outdoors Act, Protecting Wilderness Across the West, the Great Lakes Restoration Initiative, and Protecting Chaco Canyon (from oil drilling). He voted for a bill that “would gut core provisions of the Marine Mammal Protection Act and fast-track harmful seismic airgun blasting, a method for surveying oil and gas deposits in the ocean that produces noise at such high volume that marine mammals may be disturbed, injured, or killed.”

Gohmert was talking about the Ivanpah Solar Electric Generating System concentrated solar plant in the Mojave, built by BrightSource Energy and Bechtel, which came online in 2013 and powers 120,000 California homes. Thermal or concentrated solar as a technology has been eclipsed by the plummeting cost of photovoltaic solar panels. The Ivanpah facility has over time much increased its electricity production and has made environmental tweaks.

Early on, plant scientists did find some bird carcasses that were burned, and called them “streamers” because they got caught in the concentrated beams. They didn’t call them “flamers” and there were only a few dozen of them. In 2016, federal scientists estimated that 6,000 birds a year died at the plant. Ivanpah officials say that they have made some changes to reduce that toll.

Birds get killed in all sorts of ways, including just flying into buildings. Feral cats are estimated to kill between 1.3 and 4 billion birds a year, according to a 2013 paper in Nature.

So why is Gohmert babbling on about his invented “flamers,” if there are almost none of them and anyway the whole issue is minor?

The green environmentalists care about wildlife, but they see the climate emergency as the major threat here. The great 2020 drought, part of a 20-year megadrought caused by humans putting greenhouse gases into the atmosphere, combined with a cold snap in the southeast, killed hundreds of thousands of birds by starving them to death. The drought had polished off the insects and other sources of bird nutrition, and then they didn’t have the energy to survive the cold snap.

Or take the finding that 1/4 of birds in North America, nearly 3 billion, have died prematurely since 1970. This mass death derives from factors– the destruction of their habitats through urbanization, the increasing use of pesticides, and the impact of the climate emergency, as in the 2020 great die-off from the megadrought.

By spreading around false or exaggerated memes about bird deaths caused by a solar farm, Gohmert is attempting to sow divisions among the environmentalists and weaken them, so that Big Oil can go on making money from selling us fossil fuels to burn. And thus killing billions of birds.