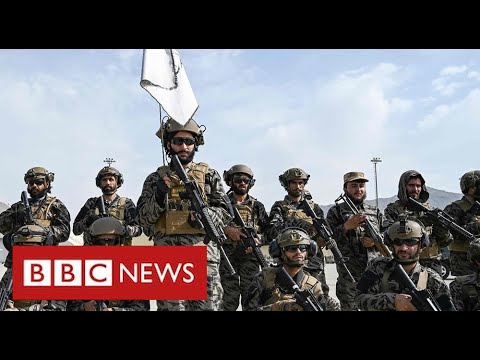 As the last US forces leave Afghanistan, President Joe Biden’s decision to press ahead with the American withdrawal has prompted the first major foreign policy crisis of his presidency. The harrowing pictures after the bombing attack at Kabul airport were the result of a desire on behalf of Biden to draw a line under a war he never truly believed in and shift the direction of American foreign policy away from under the long shadow of the “war on terror” as it nears its 20th anniversary.

In short, Biden is trying to ensure that an ongoing response to the events of 9/11 is not the major cause of US action abroad.

The US president has been rightly criticised for presiding over an ill-thought-through pullout that took international allies and the Afghan people themselves by surprise. But the logic behind his decision rests on his longstanding belief that the war in Afghanistan was never winnable. As the foreign policy analyst Edward Luce put it: “There is no elegant way to quit a war you have lost.”

The US has poured US$1 trillion (£726 billion) into training the Afghan National Army over nearly two decades. Successive administrations have been frustrated by the levels of incompetence and corruption at the heart of Afghan politics. Mindful of this – and aware of the overwhelming historical record that demonstrates Afghanistan’s imperviousness towards the imposition of external military rule – Biden decided that enough was enough.

Of course, Biden’s predecessor, Donald Trump, originally signed a deal with the Taliban that had agreed to the withdrawal of US forces in February 2020. Yet in order to understand why Biden went ahead with this deal, we must understand two things. First, his track record opposing many key elements of the war in Afghanistan. And second, the wider foreign policy overhaul he is trying to engender.

When asked in 2014 where he felt his vice president’s greatest impact had been, Obama replied: “On the foreign policy front, I think Joe’s biggest influence was in the Afghanistan debate.” Just a week before their inauguration in January 2008, president-elect Obama sent Biden on a fact-finding mission to Afghanistan to assess the state of the war the new administration was going to inherit.

Biden immediately became the “in-house pessimist” on Afghanistan and sought ways to minimise American involvement. After receiving commanding officer General Stanley McChrystal’s request for additional troops in Afghanistan in August 2009, Obama spent the next two months chairing ten formal meetings in which key members of the administration, including Biden, discussed a review of the Afghan war strategy.

In these meetings, Biden received the active encouragement of Obama to argue the case for an overt counter-terrorism approach to Afghanistan. This emphasised the targeted killing of Taliban and al-Qaeda leaders. It contrasted with the counter-insurgency option preferred by Obama’s defence secretary, Robert Gates, and secretary of state, Hillary Clinton, which emphasised nation-building as a prelude to a reduction in violence. Biden and Gates clashed repeatedly over Afghanistan, especially over the need to inject a “surge” of troops into the country, which Biden opposed.

Yet this was an argument Biden lost. Obama set the course for a “surge” in Afghanistan of 30,000 additional troops in 2009. Yet this did not stop Biden from continuing to question the progress being made. The following year Biden publicly stated that the US would be “totally out” of Afghanistan by 2014. This prompted Gates to accuse Biden of disloyalty by actively working to show that the president “had been wrong … and that the war on the ground was going from bad to worse”.

All of this reveals a mindset that, according to one of his former policy advisers, Biden has “consistently since at least 2008 believed that the US was throwing good money after bad in Afghanistan”. This withdrawal may be shocking, but it is not a surprise if we look at Biden’s consistent scepticism towards what was achievable.

By withdrawing from Afghanistan so determinedly, Biden has firmly pressed the “reset” button on American foreign policy. He is keen to show that the “war on terror” era, as established by George W. Bush in the wake of the 9/11 attacks, is over. Biden has no patience for open-ended nation-building exercises undertaken by US soldiers prosecuting counter-insurgency operations. His mission is to recalibrate US foreign policy priorities for the century ahead and break free of a response to a terrorist attack from 20 years ago.

Of course, terrorists will still threaten US national interests, including the Islamic State affiliate inside Afghanistan, ISIS-K, whose hitherto fractious relationship with the Taliban may develop into something more mutually beneficial. On the other hand – as the Kabul airport attack demonstrates – they could prove to be an unruly actor, independent of Taliban control. The capacity for ISIS-K to capitalise on the situation is big. Future Taliban-ISIS-K relations will be of huge significance for the future of Afghanistan.

But the focus on violent non-state actors has now been displaced in the broader realm of international relations by the return of great power politics. Responding to the military and political fallout from the rise of China is now the only game in Biden’s town. Indeed, the US vice president, Kamala Harris, has been undertaking a tour of Asia while the Kabul crisis unfolded, during which she ramped up the rhetoric on China. The direction of travel for American foreign policy for the next few years is already clear to see.

Biden’s old sparring partner on Afghanistan, Bob Gates, famously took a swipe at the 46th US president in his memoirs for being “wrong on nearly every major foreign policy and national security issue over the past four decades”. The jury is still out on whether Biden will be on the right side of history for ending America’s “forever war” in Afghanistan – but at least he can’t be accused of inconsistency on the issue.