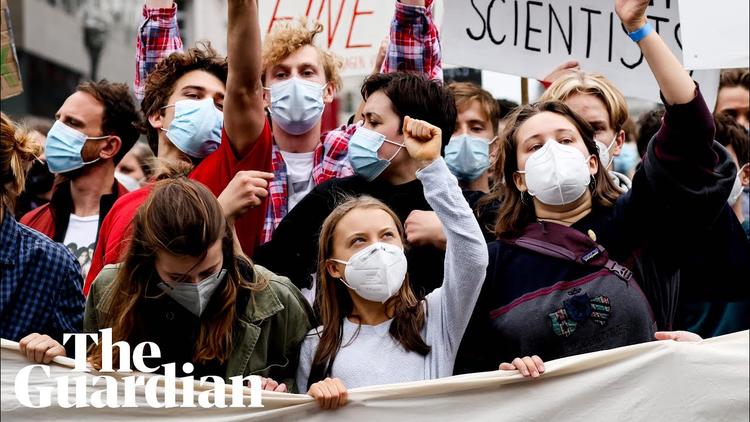 ( Clean Energy Wire ) – Activists from student climate movement Fridays for Future plan to take to the streets worldwide and in over 350 German cities for a global strike on 24 September, just two days ahead of the German federal election.

The group calls for “socially just and consistent measures to limit global heating to 1.5°C,” they write in a press release. “The last few months have shown how dishonestly the parties are campaigning on the climate crisis without even beginning to advocate sufficient measures to combat it,” said spokesperson Maia Stimming.

“Without massive pressure from us on the streets, no coalition will stick to the 1.5°C limit after the election.”

In Berlin, the youth activists will be joined by Greta Thunberg, who started the climate strikes in Sweden in 2018 and has inspired young people across the globe to do the same.

“There is a lot at stake in Germany,” Thunberg told newspaper Der Tagesspiegel in an joint interview with German FfF leader Luisa Neubauer. “Remember, Germany is historically the country with the fourth highest CO2 emissions, virtually one of the biggest climate sinners in history,” she added. The two activists accuse Germany’s political parties of collective failure in the fight against climate change.

“Not once has chancellor Merkel gone out on a limb for climate change”, Neubauer said.