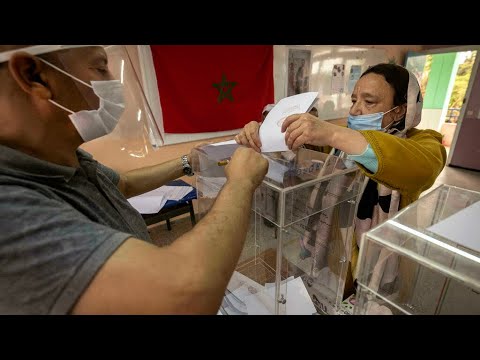 Ann Arbor (Informed Comment) – The return to power of the Taliban in Afghanistan has provoked a tidal wave of punditry about what it says about Islam. Since Islam is a 1400-year-old religion with 1.8 billion adherents, the answer to that glib query is surely obvious.

Nothing. It says nothing about Islam in general. It says a lot about the American colonial rule of Afghanistan and its failures.

Yet that great Orientalist rag The Wall Street Journal gave us the frankly ridiculous headline, “The Taliban Gain Ground in Islam’s Battle of Ideas.” The title may not be the fault of the author– in the newspaper world, setting titles is a prerogative of editors.

Why do I say it is ridiculous? First, a Taliban battle of ideas is an oxymoron, like military intelligence. The original Taliban were orphaned refugee kids and had the equivalent of an eighth-grade education. They have produced not a single notable book. No one from the Muslim world debates them or takes them seriously. They are backwoods fundamentalists in a desperately poor landlocked country.

The Taliban are an anti-democratic movement. They have blown up things and spilled blood. No one takes them seriously as men of ideas.

The Taliban are one movement among many on the Muslim religious right. But it is an extremely diverse set of movements. The Taliban only exist in Afghanistan and northern Pakistan. Perhaps because of wishful thinking, the WSJ does not acknowledge the power of a center left nationalism in the Arab world that does not make political Islam its keyword.

What is the real fate of political Islam out in the real world that the WSJ has no much trouble recognizing?

In Wednesday’s parliamentary election in Morocco, the large and formerly popular Justice and Development Party lost badly after having been enormously popular in the previous three elections. In the 2016 election they got a whopping 165 seats and were the largest party in parliament, and thus they had the prerogative of providing the prime minister, then Abdellah Benkirane. The PJD has been the leading party since 2011.

I heard Benkirane speak once at the Doha Forum in Qatar. Benkirane has a sense of humor. He apologized to natural-gas rich Qatar, his host, for going to solar, wind and hydro for power and dumping coal and natural gas. Morocco is the Middle Eastern and African country that has made the biggest strides toward greening the economy.

The PJD got 12 seats as of this writing.

It virtually traded places with the liberal party (in the classic sense of liberalism, so they are like the British Conservatives or the French Gaullists in being a center-right party aiming to preserve the rights of property. It so far has 97 seats, making it the largest party. so that it will provide the next prime minister.

Contrary to the implication of the Wall Street Journal, the diverse Muslims world, nearly a fourth of humankind, is mostly not interested in the Pushtun nativist folk Islam of the Taliban.

Morocco has about the same population size as Afghanistan– 36 million whereas Afghanistan’s is 38 million. Morocco is very poor from a European perspective but at $124 billion a year, its gross domestic product is many times the $19 bn. per year GDP in Afghanistan, making it the 119th in the world for the production of goods and services.

Morocco is much more important than Afghanistan, being many times wealthier and much more united.

In the wake of the Taliban victory, and probably for local, non-religious reasons, Moroccans turned out even their own mild Muslim fundamentalist party, so that it was decisively trounced.

The PJD isn’t anything like the Taliban, with their machine guns and eight-grade education. The PJD wear business suits and plan out green electricity and their leaders often have higher degrees. The current leader, Saadeddine Othmani, is a psychiatrist.

Even they, however, were too far Right for the Moroccan public.

So classic liberals are winning the war of ideas in the Muslim world, not fundamentalists of any strife.

The big news story about the Muslim world, and I’ll give it away free to the WSJ, is the reassertion of secularism.

We aren’t seeing the rise of Taliban through the region but their fall from grace.