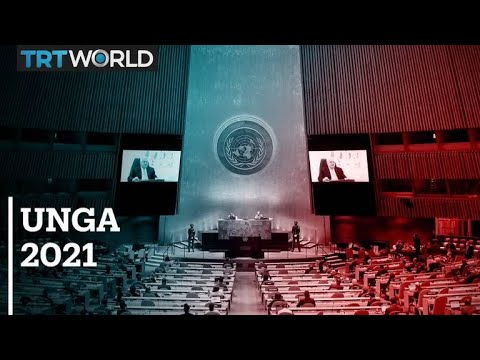 Ann Arbor (Informed Comment) – al-Quds [Jerusalem] reports that Palestinians in the West Bank greeted President Mahmoud Abbas’s UN speech, in which he pledged to take Israel to the International Court of Justice at the Hague* if its squatter-settlements weren’t withdrawn within a year, with widespread acclaim.* The ICJ “is the principal judicial organ of the United Nations (UN). It was established in June 1945 by the Charter of the United Nations and began work in April 1946,” and settles disputes between states.

In addition, the International Criminal Court, a separate body, decided in March of this year that it has jurisdiction over the Palestinian West Bank and Gaza because the Palestine Authority has invited it to consider rights abuses there. Palestine is a signatory to the Statute of Rome, which established the ICC at the Hague in the late 1990s, and member states can ask the court to take up cases. Palestine was able to become a signatory because it was granted the status of non-member observer state at the UN by the General Assembly in 2012. This is the same status enjoyed by the Vatican.

Fatah greeted the speech as “an historic document” from the Palestinians to the world. Muhammad Gharib saw it as a gauntlet thrown down to international institutions demanding that they abide by their own principles and resolutions and that they cease their double standard when it comes to Palestine.

He pointed out the Abbas’s speech put the onus on international bodies, including the UN, to be responsible about the establishment of a Palestinian state with genuine sovereignty.

Israeli Prime Minister Naftali Bennett says he will not allow a Palestinian state to be formed, in stark contrast to the Biden administration’s stated support for a two-state solution. Despite Israeli attempts to depict the Palestinians as unwilling to negotiate, it seems clear that the road block is the Israeli government, which has put out of bounds the very goal of any negotiations before they could start.

Israel seized the Palestinian Territories by main force in 1967 and has egregiously violated international law by illegally annexing some of them and by flooding hundreds of thousands of its own citizens into the Palestinian West Bank, stealing land owned by Palestinian families on which to settle these squatters. Its occupation has a shape incompatible with the Hague Regulations of 1907 and the Fourth Geneva Convention on Occupied territories of 1949, and so is itself illegal.

The Fatah Youth Movement said it would attempt to implement Abbas’s speech by improving communication among Palestinian youth and confronting the Israeli Occupation’s creeping annexation of Palestinian-owned land.

The Palestinian Democratic Union (FIDA) praised the speech as a road map for Palestine in the coming phase. It also called for new Palestinian elections.