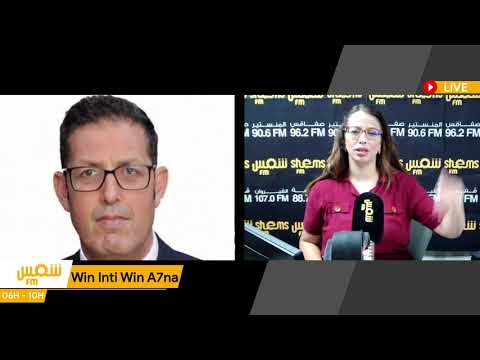 Three parliament members have been imprisoned for speech offenses, and at least 50 Tunisians have been placed under arbitrary house arrests, including former officials, a judge, and three lawmakers. Dozens of other Tunisians have faced arbitrary travel bans, violating their freedom of movement. On August 23, Said extended the extraordinary powers he had accorded himself indefinitely. He has neither reopened parliament nor appointed a new head of government and has claimed that these measures would not imperil Tunisians’ human rights.

“President Saied’s reassurances on human rights sound hollow when he concentrates power in his own hands, parliamentarians and other Tunisians suddenly start facing arbitrary restrictions on their freedom, and some are packed off to prison,” said Eric Goldstein, acting Middle East and North Africa director at Human Rights Watch.

Since Saied’s announcement, civilian and military prosecutors announced investigations against at least 10 parliament members, four of whom are detained. Imad Al-Ghabri, spokesperson of the Tunis Administrative Court, said on September 9 that those under house arrest, by order of the interim interior minister Saied appointed, also include government officials and former officials, parliamentarians, judges, businessmen, and advisers to previous governments. Al-Ghabri said that as of September 9, 10 had appealed their house arrests before the Tunis Administrative Court.

Stripping lawmakers of their immunity also paved the way for authorities to execute a two-month prison term imposed by a military court for defamation in 2018 against Yassine Ayari, a parliament member, who is in Mornaguia prison. Ayari is also under investigation by the military prosecution for “defaming the army.” The authorities should immediately release him, Human Rights Watch said, since he is being punished for exercising his speech rights.

Two other parliament members have been detained for over one month on defamation charges: Jdedi Sboui, arrested by authorities on August 5 based on complaints by the Governor of Zeghouan who accused him of defamation and corruption, and Faycel Tebini on August 2 under an October 2019 warrant for defamation, calumny, and inciting disobedience against the public prosecutor of the First Instance Court in Jendouba in Facebook posts and videos. Five others on charges of allegedly insulting or attacking a police officer at Tunis airport during an altercation and one was detained for allegedly breaking into a Radio Tunis air station.

At least 30 plainclothes officers on July 30, arrestedAyari, parliament member from the Hope and Work political movement, at his home, his lawyer, Melek Sayahi, told Human Rights Watch. He said that Ayari’s lawyers were only able to visit Ayari in Mornaguia prison in Tunis 15 days later.

Ayari’s 2018 sentence was imposed by a military court even though he is a civilian. In August, a military prosecutor brought new charges under article 91 of the Code of Military Justice, for Facebook posts from July 26, 27, and 28, 2021, for “defaming the army.” Sayahi said that Ayari started a hunger strike on September 8 to protest his detention. The prosecution of a civilian before a military tribunal violates the right to a fair trial and due process guarantees.

Human Rights Watch interviewed two prominent people who said they did not know the reason for their house arrest and had not been given any official documents.

Chawki Tabib, lawyer and a former head of the Tunisian National Anti-Corruption Authority, a state body, said that police officers from the el-Nasr district station in Tunis placed him under house arrest on August 20, without disclosing the reason and saying said it would last until the end of the state of emergency, which expires on January 19, 2022.

In response to his request for a formal order, he said, one officer “pulled out his phone and showed me what he said is a digital version of the decision. When I asked to be provided with the actual document, he said that he will send it. But weeks later, I still do not have it.”

“I don’t know if there’s a [judicial] complaint against me and if I face any legal cases,” he said. I haven’t been summoned for interrogation on anything, and I haven’t seen a judge about any case yet.”

The authorities have limited Tabib’s movements to walking in his neighborhood. He said they required him to notify them of doctors’ appointments 24 hours in advance and escorted him during a visit: “The scene was very shameful. They treated me as if I was Bin Laden himself.”

Tabib appealed the decision on August 26 at an administrative court and is awaiting the ruling.

Officers placed Zouheir Makhlouf, an independent member of parliament, under house arrest while he was visiting his mother’s house on August 16, without giving him a reason. Makhlouf told Human Rights Watch, “I was taken to the Maamoura police station, where an officer asked me to sign a document, but he would not let me read it. The officer cited Saied’s July 25 announcement of the special measures and the appointment of an acting minister of interior.”

Makhlouf said he was taken to a police station in the city of Nabeul, “and there I signed a police report about the decision to place me under house arrest. It said I should not leave my mother’s house or violate in any way the house arrest order. I asked for a copy of the police report and was told that I needed to file a request at an administrative court, which I did on August 25. They search everyone who comes to visit me, including my sister and my wife.”

Makhlouf said that he was not told personally the reason for this arrest. His lawyer told him that a pending case related to charges of sexual harassment from 2019 were not the reason. Makhlouf believes the reason is “posts on Facebook and television interviews where I criticized what Saied did, and my characterization of his move as a ‘grave constitutional violation.’”

Makhlouf expects to remain under house arrest until the state of emergency ends. “I now live in a prison,” he said.

Article 80 of the 2014 constitution that President Saied used on July 25 to justify his extraordinary powers authorizes the president to take “any measures necessitated” in case of an “imminent threat jeopardizing the nation, and the country’s security and independence.” The president suspended parliament even though article 80 requires parliament to be in a state of “continuous session throughout such a period” and prohibits the president from “dissolving” it.

The constitutional court established by the 2014 constitution, which has powers to curb a president’s abuse of power, does not exist due to ongoing disagreements on its composition. Article 80 authorizes the court to review extensions beyond 30 days of exceptional powers to determine if the conditions that were invoked to justify them still exist.

The day before President Saied seized extraordinary powers invoking article 80 of the constitution, he extended until January 19, 2022, the state of emergency that has been repeatedly renewed since its declaration in 2015 by former president Beji Caid-Essebsi. The emergency decree gives the executive authority wide-ranging powers including prohibiting strikes, demonstrations, and public gatherings, ordering house arrests, and taking control of media.

Under international standards, house arrests are considered a form of detention and warrant certain safeguards to be considered lawful, even during a state of emergency. Those include ensuring that the period of house arrest is not indefinite, delivering a written copy of the decision to the affected person, ensuring that those subject to such measures can meaningfully challenge them before an impartial body, and ensuring regular judicial review. Each renewal of a detention order should be subject to approval by a court.

The United Nations Human Rights Committee (HRC) has stated that defamation should be treated as a civil, not a criminal, issue and that “imprisonment is never an appropriate penalty.”