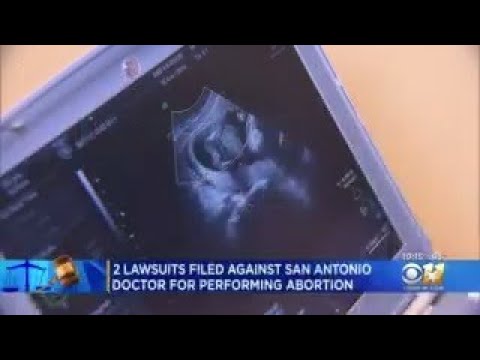 Back in the 19th century, Texas was awash in vigilante groups. In those dark years, various self-appointed “law enforcers” modeled after the Texas Rangers embarked on a decades-long campaign of ethnic cleansing of Indigenous peoples in the western territory.

Thanks to the Supreme Court, the state is now unleashing another wave of newly minted bounty hunters — this time on women.

The Supreme Court has let stand the Lone Star State’s latest attack on women — a law that criminalizes abortion after six weeks, before most women realize they are pregnant, with no exceptions for rape or incest.

But it goes further than that. It also deputizes ordinary citizens to hunt down and sue anyone who helps a woman defy the ban (e.g. clinic staff, taxi drivers, someone who provided money for the procedure) with a minimum payoff of $10,000 if they’re successful.

Since the Roe v. Wade decision in 1973, abortion has been legal in the U.S. up to the time of viability, meaning when the fetus can survive on its own outside of the womb (approximately six months into the pregnancy). After that, the ruling allows states to prohibit abortions.

To gin up public sentiment, the “Texas Heartbeat Act” was so named to evoke the image of a beating heart in a fully formed human. According to medical experts, that terminology is inaccurate. At six weeks, there is neither a fully developed heart nor a so-called “heartbeat.” There is merely a collection of embryonic cells that will develop into a heart months later (still well short of viability) if the pregnancy continues.

The Texas statute is a clear violation of Roe and would probably be declared unconstitutional if the state were the entity hunting down women and preventing them from getting abortions. But the law skirts the problem by delegating that job to the new vigilantes, who will be the enforcers.

Citizens are authorized to bring frivolous lawsuits and the threat of $10,000 fines to those caught “aiding and abetting” abortions for women past the six week mark. The bounty hunters don’t even have to be Texans — anybody in the U.S. can bring such a suit.

To be clear, the Court’s action in letting the Texas statute stand for now was not a final ruling. What the justices did was refuse to stop enforcement because abortion providers trying to block the law didn’t properly address “complex and novel antecedent procedural questions.” The Supremes said they could try again with “procedurally proper challenges to the Texas law.”

There is a slim chance that it could be found unconstitutional in a future ruling, but a timetable is unknown. If and until that happens, the de facto overturning of Roe v.Wade remains in place, and anti-choice zealots in states like Florida and South Carolina are already working on ways to copy the Texas strategy.

In 1989, when the Supreme Court first opened the way for state restrictions on abortion in the Webster v. Reproductive Health Services case, Justice Harry Blackmun warned: “For today, the women of the Nation still retain the liberty to control their destinies. But the signs are evident and very ominous, and a chill wind blows.”

In its next term, which starts in October, the Supreme Court is set to decide whether Roe should be overruled in a Mississippi case — a law banning most abortions after 15 weeks currently blocked by lower courts.

Back in Texas, a bill defining all abortions as murder punishable by death has already been debated once in the legislature. It didn’t pass, but there’s no reason to think it’s off the table. And for now, vigilantes appear eager to start their work.

Martha Burk (@MarthaBurk) is the director of the Corporate Accountability Project for the National Council of Women’s Organizations (NCWO). This op-ed was distributed by OtherWords.org.