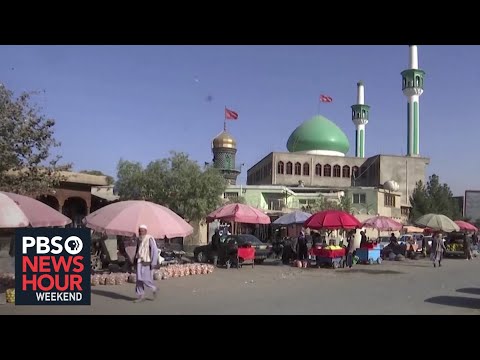 (Special to Informed Comment) – On October of 2009, I published an essay on Informed Comment advocating that the US recommit to Afghanistan, with a planned date for withdrawal designed to pressure the Afghan government to better performance. The Obama administration later adopted a policy along similar lines. Although Mr. Biden did not support the recommitment, his own decisions are correct because they fulfill the logic of that posture. Withdrawal now is justified by the recommitment then.

In 2009, the US was again being torn between domestic pressure for an implicitly imperial, endless commitment and, on the other hand, an implicitly isolationist retreat from the struggles of the world. This familiar internal conflict gave foreign voices (terrorists in particular) the capacity to pressure us through our own divisions, and crippled our ability to modulate our policies to the substantive problems we face. A way out would be to recommit, but give the Afghan government a deadline to amend their self-defeating policies and practices, beyond which we would leave.

On a global scale, this has worked. Despite the usual rancor, US involvements (including the use of troops and weapons) now vary enormously from one situation to the next, just as they should, and the terms of debate increasingly reflect that. In Afghanistan, the Obama administration was, in my opinion, very tough indeed on Hamid Karzai. The effect was noteworthy, but did not prevail despite extensions on the American combat mission. The policy, nevertheless, has greatly improved US flexibility in the world.

We read now advice such as, “we cannot lose if we do not play,” along with one-sided litanies of US sins. These are the codependents of imperialism, enabling the next round of over reach. There is nothing more dangerous than innocence violated, or as free of morals as those who conclude that morality makes you weak.

No one seems to recall how pointedly Afghans demanded the West make a long-term commitment, and not abandon them again as it did after the Soviets left. Nor do we hear of how disappointed the world was that we did not do more for the Syrians, or how desperately the Iraqi’s needed our return. Teaching Americans to ignore global traumas only sets the stage for the next fit of blunders over the next atrocity too large to ignore.

There is more to the world than war and peace. There is struggle. Americans refuse to run the world. Some say we do, some say we should. Both are demonstrably wrong. The US is an expeditionary power, not an imperial one, and that is the better posture.

In the course of a struggle, joining and leaving combat at a time of our own choosing is not a weakness, but a source of leverage. If a partner cannot rise to basic functioning – a few honest judges and bureaucrats delivering services and collecting fair taxes, protected by soldiers and police who are fed and paid on time – then we really will just let it fall, and should not apologize for doing so.

An honest evaluation of the major criticisms does not tarnish the wisdom of Mr. Obama’s recommitment or Mr. Biden’s withdrawal. On the rapid collapse, that is normal for these events. No guerrilla force has ever taken power by defeating a government army in battle. They only win by disintegration or division (see Katherine Chorley, 1973). Correlate to this, governments do not fall when they are unpopular, but when no one remains willing to die for them. Washington has simply ratified the Afghans’ judgment.

Is it foolish to think broken countries can be revived? No. Columbia survived decades of strife, with help from the US. Post-Soviet Russia was rebuilt (rather in defiance of US advice) with a scrap of legitimacy, a few elite police, and tough tax audits on the criminal empires.

Was it a mistake to think the US can handle this kind of struggle? The US military proved that it can practice grunt level counterinsurgency quite well and at a large scale, despite crippling political disadvantages. “Clear and hold,” worked much better than the “strongpoint and flying column” approach of the Vietnam era.

But this measure of success came from setting aside the counterproductive “revolution in military affairs” that relied on night raids by elite units and high tech bombing. The old wisdom (Janis, et al, 1951) that bombing tends to drive civilians into the arms of your enemies holds even for astonishingly precise weapons. Terrorism, of course, also repels people, but having a political voice on the ground, instead of “over the horizon” gives the terrorist an edge over the missiles in a long conflict.

The Obama administration slowly learned this. The subsequent administration revived, and intensified, the bombing in 2019 in hope of coercing the Taliban to make peace. Coercing Kabul to pay and feed its troops would have made far more sense than combining a bombing campaign with troops who live by extorting civilians.

The US and its allies did not succeed in solidifying Afghan governance, or defeating the Taliban. Nevertheless, the West has demonstrated that it has the patience to stand by a struggling partner for decades at a time. President Biden now gives credibility to US insistence that its partnerships can be “performance based,” as President Obama put it.

Clearly, the people of Afghanistan never deserved any of what they have suffered since the Communist coup that started it all in the early 1970’s. The US should continue to work for their sake wherever it can.

Finally, Mr. Biden is right that the authoritarian threat must take priority. For a while, during the “global war on terror,” US foreign policy was controlled by a neocon ideology that aimed for a post-constitutional model of government inspired by the ideas of Carl Schmitt. Behind a veneer of democratic legality, the executive would make itself the exception to every rule, and justify its dominance by hyping fear of a weaker, scapegoat enemy (commonly known as “existential threats”).

Today, the Schmittian model of governance is a conscious Russian program, and has gripped countries as diverse as Hungary, Venezuela, the Philippines, Israel, Turkey, and now, perhaps, India. To the US, this political model is a danger both foreign and domestic, rising even to Congress in its own house. This is the pressing struggle.

PBS Newshour: “The Taliban face growing problems running Afghanistan as talks begin with the US”

Scott Corey Scott Corey holds a PhD in Political Science from UC Berkeley, and his dissertation was on revolutions and political violence.