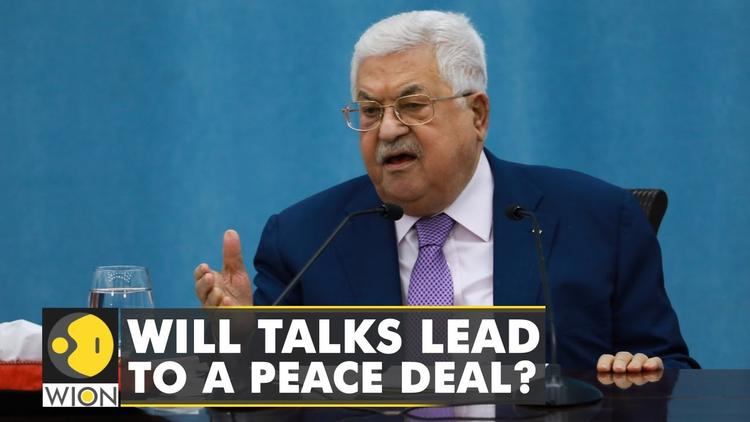 The Israeli political and partisan scene is still experiencing echoes of the meeting that brought together leaders of the left-wing Meretz Party, headed by Nitzan Horowitz, partner in the government coalition, with PA President Mahmoud Abbas, at the Muqata headquarters in Ramallah. This created an atmosphere of tension within the coalition itself.

Most of the Israeli reactions came from the right-wing camp, whether within the government itself, or from the ranks of the opposition. Both sides considered such a meeting to be a departure from the Israeli consensus regarding the relationship with Palestinians, and they demanded that they stop these meetings, which started with Minister of Defence, Benny Gantz, and ended with a meeting with the Meretz leaders.

While those who hold these meetings defend them under the pretext of preserving the option of a settlement with the PA since the alternative is strengthening Hamas, which is what Israel and the PA do not want, those opposed to these meetings do not care about these pretexts, and consider them unnecessary meetings, because they do not have far-reaching repercussions.

A third group within the Israeli government coalition believes that this clash of positions amongst the ministers leads to creating unnecessary confrontations, because it will ultimately result in the destabilisation of the government. It is worth noting that we cannot consider the Israeli uproar to be only caused by Meretz and Gantz’s meetings with Abbas, but rather it is a continuation of problems experienced by the government coalition since its inception. This means this uproar is only the tip of the iceberg in internal disputes, given the polarisation in the existing government.

It is no secret that since the beginning of the government formation, it was based on only one goal, i.e. the overthrow of Netanyahu, despite the presence of partisan differences between the components of the existing government coalition. Therefore, it is clear that the storm that followed Gantz and Horowitz’s meetings with Abbas, means that we are facing future storms and that these differences may increase the rifts in the government.

At the same time, the continuous Israeli meetings with Abbas do not carry any political aspirations to resume the peace process between the Palestinians and the Israelis, with the exception of taking photos and scoring points within the same government coalition. They do not have a planned political programme with the Palestinians other than imposing more facts on the ground, including settlements, the confiscation of land and expropriation of the West Bank.

Although Israeli Prime Minister Naftali Bennett and Foreign Minister Yair Lapid did not like their counterparts’ meetings with Abbas, their desire to preserve the fragile government coalition, fearing its fall, silenced them and made them unable to prevent these meetings from taking place. Their close circles talked about the meetings, saying that although they took place against their will, they will not have any results because there will be no political negotiations with the PA under the current government.

Moreover, the same circles considered Gantz’s meeting with Abbas as possibly being classified under the security work that is committed to the reality in the West Bank, because Bennett himself did not address the Palestinian issue in his recent speech at the UN.

These increased Palestinian-Israeli meetings can be linked to the increase in American talk about the possibility of resuming the political process between the Palestinians and Israelis, and what was said about the pressure exerted by President Joe Biden’s administration on Bennett to gradually return to relations with the PA. Therefore, the Israeli right-wing is expressing its concern over the return of the American demand for the establishment of a Palestinian state in the West Bank and Gaza Strip, which provokes a chain of Israeli reactions rejecting the return of refugees and strengthening the unity between the West Bank and Gaza Strip.

The Palestinian-Israeli meetings also coincide with the return of former US President Barack Obama’s staff to the White House, and the return of the phrase “two states for two peoples.” However, this raised a number of “rhetorical and prohibitive” questions by Israelis opposed to this option, including the nature of the Palestinians who will be citizens of the future Palestinian state. Will they be limited to the residents of Area A in the West Bank, and to what extent will the PA actually enjoy semi-autonomous rule, without reaching an independent state? Should Gaza be added to this state? What about the five million Palestinian refugees who have been waiting 73 years to enjoy the right of return, which area will they return to?

It is worth noting that Gantz, for example, who seems to be encouraging agreement with the American approaches, does not show the same enthusiasm for the two-state solution, especially because of his reservations about the right of return for Palestinian refugees. Therefore, examining this scene raises two geo-strategic problems for Israel, the first of which is how the West Bank will be connected with the Gaza Strip since any link between them will divide Israel into two sides and expose it to the danger of raids, which is promoted by the Israeli right-wing camp.

Moreover, this Israeli pretext relies on the assumption that there are 70 kilometres between Jordan and the sea, meaning if the Palestinian state is established, Israel will have a depth of 15 kilometres in its central region, and this is its weak point as it will be within the range of missile fire from the mountains. In this case, the Israelis recall the reality created in Gaza after the withdrawal from it, and the decline in the amount of security that the Israelis should expect, while the recent ‘Operation Guardian of the Walls’ in Gaza opened a security window to an important factor that has not been taken into account so far: the geo-strategic map.

All the right-wing Israeli excuses for refusing to meet with the PA and their reservations about the American political moves towards reviving the two-state solution, make it seem as if the current government’s hands and feet are tied. Therefore, the expected result is the continuation of the state of tension within the coalition government, unless Bennett manages to prevent his ministers from continuing to hold their meetings. In this case, he may face the scenario of the disintegration of his already fragile coalition or clashing with the Biden administration. These two options are far from what the Israeli prime minister wants, as he is seeking to plant his feet firmly in his position at any cost.