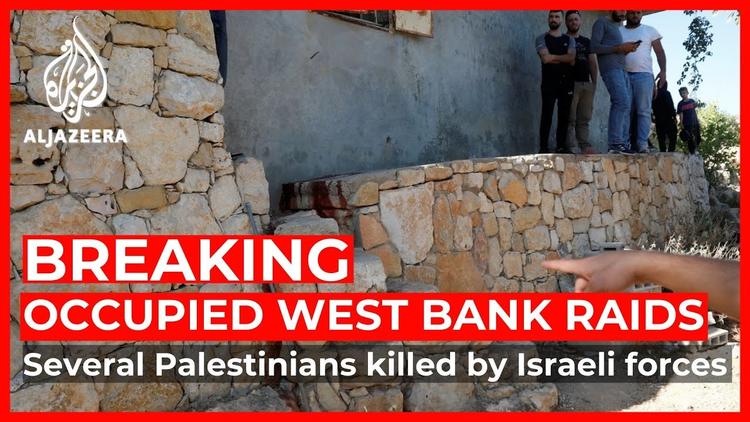 ( Middle East Monitor) – Each year, the UN Conference on Trade and Development (UNCTAD) provides proof of the fallacy upon which the two-state compromise in Palestine-Israel is based. Palestine’s economy is tied perpetually to donor funding and Israel’s existence. “Recovery in 2021 and beyond hinges on actions that will be taken (or not) by the occupying power and the scale of donor support,” UNCTAD’s recent report points out.

While the coronavirus pandemic contributed to the economic contraction in Palestine, of course, the report clarifies that the deterioration was exacerbated, not caused, by the closures and restrictions imposed by the efforts to curb the spread of the virus. The truth is that Israel’s colonial enterprise is primarily to blame, and the international community is equally complicit in the farcical use of financial assistance to maintain a crippled economy. It should instead change the politics that crippled that economy in the first place and have forced the Palestinians into a life of perpetual aid dependence.

Yet UNCTAD does not advocate for a change in the neoliberal model which governs the Palestinian economy, despite describing its ramifications. “For international support to translate into genuine progress, all of the restrictions imposed by the occupying Power on the Occupied Palestinian Territory should be lifted,” the report’s summary explains. The restrictions are indeed a problem, particularly in terms of free movement, the lack of infrastructure development, the illegal blockade of Gaza, and the exploitation of land and resources. But the restrictions are imposed by a colonial framework which thrives upon the dispossession, removal and replacement of the indigenous population. According to UNCTAD, 2020 saw the highest number of displaced Palestinians registered in recent years. So how does it think that lifting restrictions can happen within a colonial context, when Israel needs the self-same restrictions to be in place in order for it to thrive?

For all the truths contained within UNCTAD’s observations, those things which are unsaid have even more substance when the UN refuses to address them. Analysing the ramifications of Israel’s colonial enterprise without holding Israel accountable for its colonialism is one way to preserve the two-state diplomacy which exists solely to preserve the status quo for Israel, while allowing ample freedom for annexation of Palestinian land. “The occupying power continues to treat settlements as practically part of its sovereign territory, as evidenced by the intensification of the construction of settlements to levels not seen in a decade,” says UNCTAD.

De-facto annexation has not been put on hold. There is no need for UNCTAD to use language that gives Israel the benefit of the doubt, as it does when it states that investment in settlement and infrastructure “may suggest” that annexation will happen either way. For UN institutions, however, mentioning a possibility in the place of stating unequivocal facts gives the illusion that two-state politics still have relevance in terms of a purported solution.

Donor funding supports the two-state compromise, not Palestinian autonomy and economic independence. UNCTAD paints a dire picture, but offers little in terms of recommendations, as no other political option is being considered for the people of occupied Palestine. The Palestinian Authority functions as a key player in the political system which sustains Israel’s colonisation, and the Palestinian economy follows suit, according to the terms dictated from elsewhere. How much longer are the Palestinians expected to suffer simply to keep the illusion of state-building afloat?