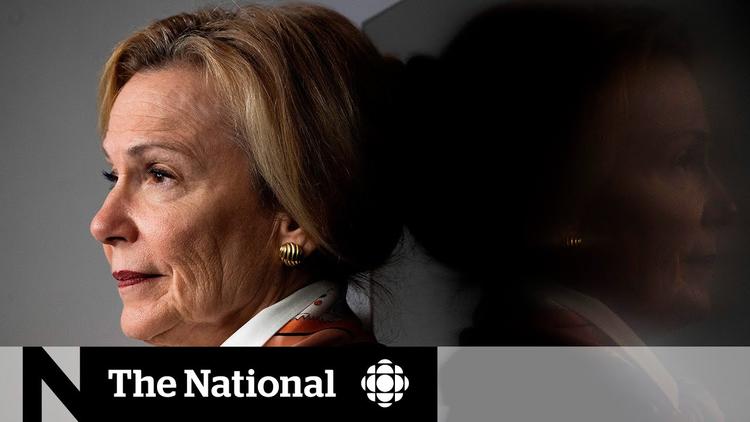 World leaders often are responsible for large numbers of deaths of soldiers in war, but we are talking domestic civilian lives here.

To put this death toll in perspective, Ayatollah Ruhollah Khomeini (d. 1989) of Iran killed 20,000, mostly members of the Mojahedin-e Khalq (MEK or People’s Jihadis) guerrilla group. Brutal Syrian dictator Hafez al-Asad (d. 2000) is estimated to have killed 25,000 civilians, half of them at the city of Hama in 1982. Hissen Habre of Chad, who was tried at the International Criminal Court for crimes against humanity in the central African country of Chad, killed 40,000 civilians. Papa Doc Duvalier (d. 1971), the feared autocrat of Haiti, killed 60,000. Joseph Kony, head of the destructive east African terrorist group, the Lord’s Resistance Army (Christianity’s answer to al-Qaeda) killed 100,000.

If what Birx is saying is true (and she was right there with a front row seat), Donald J. Trump ranks among the worst mass murderers of the past 50 years.

Some countries even take such actions seriously. A senate panel has recommended that Brazilian President Jair Bolsonaro be impeached for crimes against humanity for the death toll his contrarian policies toward COVID produced in that country.

Birx told a Congressional panel that her alarm at the spike in COVID illnesses and deaths in the fall of 2020 and through the last days of the Trump administration in January, 2021, kept escalating. She says that she conveyed that ever-increasing anxiety to the White House throughout that period. She says her language became more and more vehement, asking for “More mitigation, more treatment, and early use of vaccines to protect the elderly.”

Trump’s response, she lamented, did not rise to the level of the national danger.

Here’s the money graf from the testimony:

Q: And what was the impact of the failure to implement the measures to the extent that you felt was needed?

A: Well, it’s difficult to give you a statistical answer on that and a number. But when I start looking at states that had some of the different mitigation pieces utilized, when they had very similar demographics across states and looking at states that are similar, ones that had mask mandates versus those that didn’t have mask mandates, there was about anywhere between a 10 to 15 percent increase in fatalities for those without a mask mandate. …

I believe if we had fully implemented the mask mandates, the reduction in indoor dining, the getting friends and family to understand the risk of gathering in private homes, and we had increased testing, that we probably could have decreased fatalities into the 30 percent less to 40 percent less range. …

So, really, we’re talking about the 400,000 [deaths after the first wave]. So, yes, I’m talking about a third of those, I think, could have been prevented with optimal mitigation across this country.

At the 40% range of preventable deaths, that would be 160,000 Americans who died because Trump wouldn’t encourage them to wear a damn mask or stay out of crowded, poorly ventilated indoor spaces and other common sense things you’d do to avoid an upper respiratory infection (which you mostly get by people breathing on you or from handshakes). Trump also wouldn’t actually use the machinery of the federal government efficiently, to get people monoclonal antibodies or, when vaccines became available, to get them efficiently to the elderly.

Asked why she had said in an interview that an election year was the worst time to have a pandemic, she replied, “Well, even across the country, the governors and mayors and others that were campaigning, as well as the White House that was campaigning, just took people’s time away from and distracted them away from the pandemic in my personal opinion.”

In September and October, in the run-up to the election, she said, “I felt like the White House had gotten somewhat complacent through the campaign season, and I wanted to make sure that as soon as everyone was back the day after the election,that people would comprehensively reengage.”

She complained of White House staff that “they weren’t there and we weren’t having COVID meetings continuously.” That is what she meant by “complacent.”

In other words, the White House was not doing anything about COVID last fall.

In contrast, Birx knew what was needed. More centers around the country that could administer monoclonal antibody treatments (this was before the vaccine), more mask mandates, aggressive testing, and discouragement of people from meeting in person for Thanksgiving and Christmas. Then once the vaccines became available, she wanted a laser focus on getting them in the arms of the elderly. None of these policies was implemented.

She complained that Scott Atlas, a radiologist and right wing commentator whom Trump had appointed coronavirus adviser to the White House, was fixated on getting to herd immunity by actually encouraging people to get the virus. (It is not clear that herd immunity is possible with COVID, because antibody responses in those who fall ill seem to fade within six months). She also noted that the long term effects of having COVID could be serious– that there is much we do not know, so actually encouraging people to contract it is potentially very dangerous.

Birx said that Atlas’s quirky and fatal views undermined the work of the coronavirus task force, and she blamed Trump: “The fact that he was brought in and given a title of senior adviser to the President, I’m assuming that most of the senior advisers supported him being there because he remained there for a number of months.”

In a CBC interview, below, Birx added that many persons in Trump’s inner circle continued to believe that the virus was a hoax. Hence the lack of action.

Joe Biden showed only a month later how it could be done. In the face of a lack of vaccinators, Biden brought in the army, which has a lot of people who know how to give shots. If it hadn’t been for the unexpected rise of the delta variant, the pandemic would have been more or less over by now, given the efficiency with which Biden acted.

As for Trump, not only will he skate on 160,000 charges of manslaughter, the Republicans would put him back in charge of the country if they could.