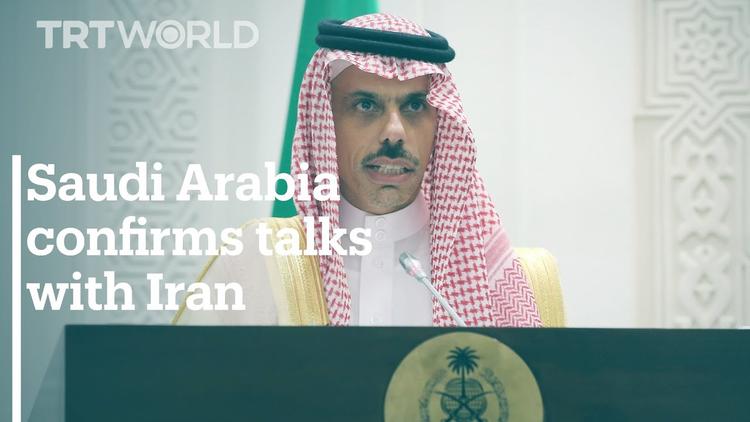 ( Middle East Monitor) – Since 1979, when Iranian students stormed the US Embassy in Tehran and held American diplomats captive, the US strategy towards Iran has been aggressive. The US led the whole world to isolate Iran, turning it into a pariah state even among its neighbours and fellow Muslim countries. The US had a pivotal role in building an Arab alliance that included Iraq, Egypt, Jordan and Gulf countries, to stop what was then called the “Iranian revolution export” to the rest of the Islamic countries.

This policy was the official strategy in the US until it and its European partners felt that there was no other way to harness Iranian nuclear ambitions except by making some concessions. This idea was vehemently opposed by Israel and Gulf countries. Eventually, the pressure paid off when President Donald Trump came into the White House and pulled out of the 2015 nuclear deal with Iran, the Joint Comprehensive Plan of Action (JCPOA), and practised the “maximum pressure” policy.

In actuality, prodding the Iranian hornets’ nest did not stop the pursuit of an active nuclear programme, but pushed it towards accelerating the programme as a barging tool. This situation seems to have led many US policymakers to realise that their policy did not hold Iran back. On the contrary, it made it more aggressive and pushed it away from India, the US’ ally, to fall into the arms of China, making the Chinese front stronger and more alarming.

The US political elite is haunted by the idea that China will soon remove itself from world leadership, if the US does not stop it before it is too late. Although President Joe Biden’s administration met with Trump’s administration on defining China as the US’ main competitor and rival, Biden’s administration seems to have a different strategy regarding Chinese-Iranian relations, which aims to drive a wedge between Iran and China to weaken the Chinese front. Therefore, it would not be a surprise if we see a kind of US leniency towards Tehran in the next few months, which could pave the way to better relations between Saudi Arabia and Iran.

Saudi Arabia, for its part, seems to be a bit restless after President Trump and his son-in-law Jared Kushner left the White House, especially as this coincided with Benjamin Netanyahu’s loss of power in Israel. It has become evident that the new US administration is not on good terms with Saudi Crown Prince Mohammed Bin Salman (MBS) over the Jamal Khashoggi case, and would not give him carte blanche, as Trump’s administration did.

On a larger level, many indications, including the withdrawal from Afghanistan and Iraq, made Gulf countries realise early in Biden’s term that the new US strategy to concentrate power in the Indo/Asia- pacific and rapprochement with Iran would ultimately mean lifting the US security umbrella off of the Gulf. This would leave them exposed in front of Iran, especially as Israel is not willing to fight their wars for them, as many Israeli leaders tend to declare.

After all, although there are many differences between Saudi Arabia and Iran, the main reason for their animosity is that they both stand on different fronts. In other words, Saudi Arabia’s association with the US is the main reason for this tense relationship with Iran. The Saudis may have sensed that their US allies might make them a scapegoat in the perceived improved US relations with Iran. Therefore, they might be willing to overtake the US and strike a deal with their Iranian neighbours before the US does. If this happens, it would be well-received in the Muslim world. It would: “Show the wisdom of the Saudi leadership and its eagerness to maintain peace and brotherly relations with other Muslim countries, as the Saudi media would probably put it,” helping both Saudi Arabia and Iran score additional points.

For Iran, mending its relations with Saudi Arabia and other Arab countries is a declared goal. If Saudi Arabia is willing to change the direction of its sails towards Tehran, it would be faced with open arms, as this helps Iran change its status from a pariah state to an accepted part of the region.

This rapprochement would have a positive impact on proxy wars in Syria and Yemen, and would also reduce the political fractions in Lebanon and Iraq. A better relationship between the two countries would also be received with a sigh of relief in Pakistan and Afghanistan, as both countries are trapped in a tiresome balancing game between the two important Muslim countries. On the other hand, it could negatively affect the Arab wave of normalisation with Israel, as Israel’s services would no longer be needed in the region, or in Washington.

Few could argue about the importance of Saudi Arabia in the region and beyond, especially in the Muslim world. A new Saudi policy towards Iran, a traditional regional power, would lead to stability and security in the region, including delivering a strong punch to terrorism and militant organisations. But would it be in the US’ favour, or would it be another blow to its strategic clout and credibility? Days will certainly answer this question. However, unpleasant surprises might be waiting around every corner.