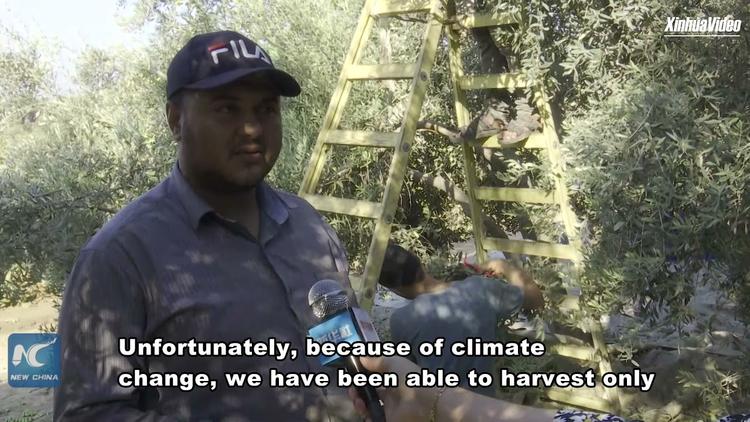 ( Middle East Monitor) – As happens each year during the Palestinian olive harvest, Israel’s illegal settlers are destroying olive trees and attacking Palestinian farmers. The International Committee of the Red Cross has said that in the year to August this year, over 9,300 olive trees were destroyed by Israeli settlers; the damage peaked during harvest time.

Palestinian access to agricultural land is seriously hampered by Israel’s restrictions on movement as well as settlement expansion. Settler violence exacerbates an already untenable situation; without access to their land, Palestinian autonomy is reduced. Moreover, settler violence ensures that Palestinians can’t look much beyond the immediate consequence of Israel’s colonial-occupation: the struggle to survive.

In response to the predictable settler violence, Palestinian Authority Prime Minister Mohammed Shtayyeh has called upon the UN to monitor attacks, especially during the olive harvest. In his weekly cabinet meeting in Ramallah, Shtayyeh suggested that the UN should set up a database listing settlers involved in violent crimes against the Palestinian people.

Individual criminal responsibility, however, is overshadowed by Israel’s responsibility as the occupation state. The link between the colonial entity and its illegal settler population cannot be emphasised enough. Where state institutions prefer not to tread, settlers are well positioned to maintain colonial violence against the Palestinian population, protected by the Israel Defence Forces. How Shtayyeh expects UN monitoring to provide some degree of accountability is unclear. The concept will provide statistics for public and media consumption, as well as periodic UN reports. To hold settlers accountable requires more than a database, though; Israel needs to be held to account for its complicity in maintaining the status quo within which settler violence is allowed — I’d even say encouraged — to continue unchecked.

Ultimately, such violence is directly linked to Palestinian dispossession. The UN will likely dissociate settler violence from Palestinian loss of land; violence, after all, has long become normalised in UN discourse. Its detailed reports have not led to any punitive measures against Israel, not only due to the fact that Israel is untouchable within the international community, but also because the international community expects Israel to uphold international law, and stays silent when it doesn’t. In reality, the occupation state treats international law with contempt on a daily basis.

The Times of Israel‘s report on the recent settler violence describes a cycle which ultimately only benefits the colonial enterprise. While Israel’s Defence Minister Benny Gantz called upon the IDF to intervene in settler attacks, the report also included IDF troops as victims, given the rare clashes that they have with settlers. “The Israeli army has been hesitant to take action against the radical settlers,” explains the newspaper, ironically, “in part because it could lead to violent clashes.”

If the IDF is subject to settler demands, as Gantz implies, then how can the IDF ever protect Palestinians? In fact, the IDF targets Palestinians and always has done; Zionist terrorist gangs were, after all, incorporated into the IDF post-1948. Israel’s armed forces, which could round up settlers if ordered to do so, are duty bound to protect the individuals behind the colonial violence.

So what accountability is Shtayyeh hoping for when the IDF protects settlers at the behest of the state, and the UN protects Israel’s colonial structure? He knows more than most that Israel operates with an impenetrable web of impunity. No database of criminal settlers or pleas to the UN will ever change that.