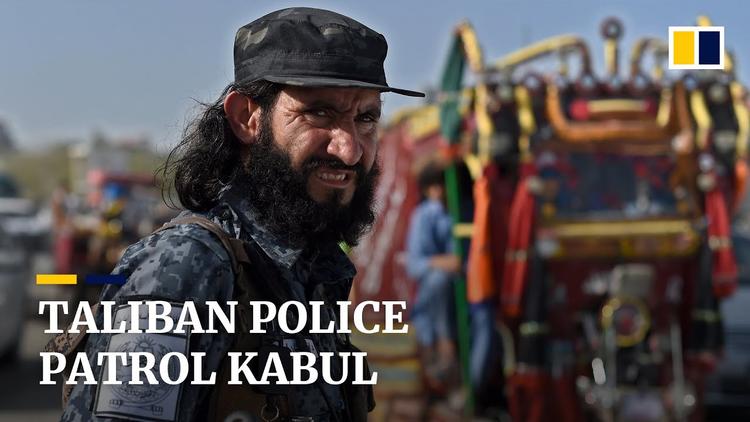 ( Jordan Times ) – The unclaimed murder last weekend of a journalist and two of his relatives while travelling in a car along a road in Afghanistan’s eastern Nangarhar province remains a crime to be investigated by the Taliban along with another ten shooting and bombing attacks on Afghan civilians. But, since the Taliban admits it cannot exercise central control over its fighters, more killings and woundings can be expected from undisciplined, heavily indoctrinated gunmen determined to impose the rule of the movement on unwitting Afghans confused by Taliban pledges to the international community to respect human rights while, in reality, the Taliban is reenforcing the very same harsh rules and regulations they imposed during their 1996-2001 reign.

The Taliban has made clear that there would be no return to the US-sponsored deficit democratic system of governance and that the Taliban’s interpretation of Sharia is the law of the land. As a result, there is no room for devout clerics who disagree with this interpretation. Since it does not seem to have been codified, there are numerous loyalist interpreters and insufficient guidelines for Afghans to follow.

Consequently, there is no freedom from fear of the Taliban. Many Afghans stay at home and hesitate to circulate freely as they have done for the past 20 years instead of going to their jobs or practising their trades. The troubled Afghan economy — long dependent on external aid and injections of hard cash — is sinking fast due to the Taliban’s failure to deal with the situation.

The Financial Times reports that Afghanistan’s largest legal exports, grapes and figs, are rotting on the vines and trees because of long delays on the Pakistan border and difficulties making payments due to sanctions. Fresh and dried grapes and figs gracing Pakistani and Indian markets make up 80 per cent of Afghan exports. Afghanistan’s illegal exports, drugs flow along smugglers routes.

While the Taliban promised an “inclusive government”, the cabinet is all male and comprised of only Taliban members, the majority Pushtun with a couple figures from the Tajik and Uzbek communities.

Although senior Taliban leaders have repeatedly declared amnesty for former government employees, activists, journalists, and translators who worked with foreign forces and agencies, Taliban fighters comb neighbourhoods in Afghan cities in search of these men and women, forcing them into hiding and terrorising their families. Afghans fearing for their lives are barred from leaving Afghanistan.

Taliban gunmen exact instant punishment on Afghans who breach the movement’s regulations while corporal punishments are being imposed, without full judicial review or mercy, on thieves, rapists, adulterers and murderers.

There is no toleration of criticism from any quarter. Press freedom is defined by the Taliban’s interpretation of Sharia. Television and radio programming, not banned this time round, is closely supervised.

Although the Taliban has said women will be able to exercise rights guaranteed by its version of Sharia, women are being squeezed out of public space and jobs unless they are doctors and nurses and, in some areas, elementary school teachers. Women who leave their homes are increasingly told by Taliban they encounter that they have to be accompanied by a male chaperone. Many revert from colourful headscarves and Western dress to black hijab, conservative dress and burkas. Women employed at the first, second and third levels of the civil service have been told to stay at home as their jobs will be filled by Taliban fighters (who almost certainly do not know how to do them).

In some communities, there is no healthcare for women unless female doctors are available Family courts for dealing with domestic and other violence against women and children have been closed down. There is no coeducation. Girls are barred from attending secondary schools and women from universities until arrangements are made for them to be taught by women, thereby limiting the courses they can take. Men are far less targeted: They have been told no fashionable haircuts, shaving and trimming of beards.

During the past two decades, Afghans in the major cities enjoyed a vibrant cultural life. Artists previously displayed their work in galleries and painted scenes from local life on city and town walls. The latter have been whitewashed and have been replaced by Taliban slogans and religious sayings. Images of people and animals are disappearing. Once well attended, concerts and dramatic performances have ceased. Satirists once poked fun at officials and film makers churned out releases. No more. Today, musicians are being silenced, their instruments hidden. Fewer shops, hotels, and restaurants play Afghan and international popular music.

On the security front, the Taliban does not intend to curb the activities of takfiri groups which joined its forces in the battle against the US and the former Afghan regime. And, the Taliban has warned the US there will be reprisals if its military flies drones over Afghan territory. This means US President Joe Biden will have to think twice about conducting promised “over-the-horizon strikes” against Al Qaeda and Daesh.

If the Taliban reverts to practices enforced during its earlier period of rule, there will be no shirking of prayer times for men, no celebrations deemed un-Islamic, no dancing, no kite flying (a favourite Afghan sport), no books not approved by the Taliban, no culture.

Afghanistan has become, once again, the Taliban emirate of “no.”

Reprinted with the author’s permission from Jordan Times