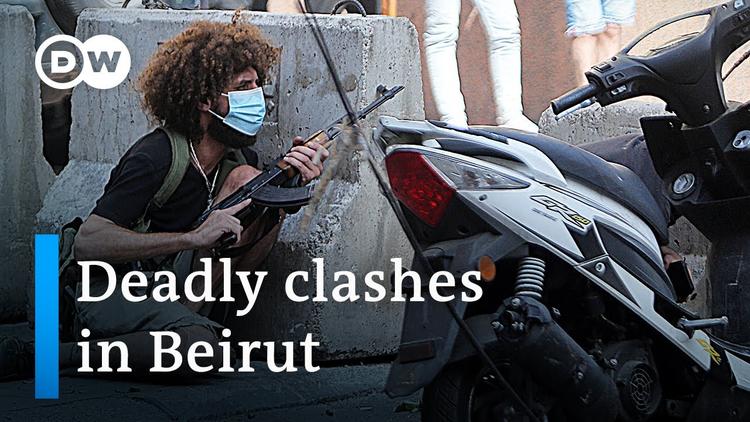 Reverse Culture of Impunity and Support Investigation into Beirut Blast

( Human Rights Watch) – Scenes from Lebanon shocked residents and the world on Thursday when the streets of a residential and commercial district in Beirut descended into a level of violence last seen during the country’s the civil war: Families sheltering in hallways, bathrooms, and makeshift underground shelters; children cowering in school corridors; older people being rescued from their homes amid persistent gunfire; residents fleeing, not sure when they could return home.

The images are all too familiar for generations of Lebanese in and outside the country, leaving many to ask: What did we do to deserve this? While those affected are blameless, the tragic cycle of violence in Lebanon does have a cause. But the cause is not rooted in what Lebanon did, but rather in what Lebanon hasn’t done.

Lebanon’s post-civil war history has been marred by a legacy of impunity. The tragic violence that killed at least seven people and injured dozens yesterday, and which was triggered by protests organized by Hezbollah and its allies to demand the removal of Judge Tarik Bitar, who has been tasked with investigating culpability for the August 4, 2020 explosion at Beirut’s port, is a consequence of this legacy.

For decades, street battles, political assassinations, and rampant corruption have gone unpunished in Lebanon, with predictable results. For over 30 years, Human Rights Watch has documented how ignoring atrocities reinforces a culture of impunity that only encourages future abuse.

If Lebanon is to reverse the culture of impunity that has pervaded since the civil war, Bitar should be given all the resources and protection he needs to continue his investigation. After yesterday’s show of force, it is imperative that the international community provides support to domestic accountability efforts by establishing an international, independent, and impartial fact-finding mission into the blast.

Yesterday, as I saw my neighborhood descend into violence, I could only think about the next round of violence that is bound to follow. The false choice between justice and peace will only lead us there.