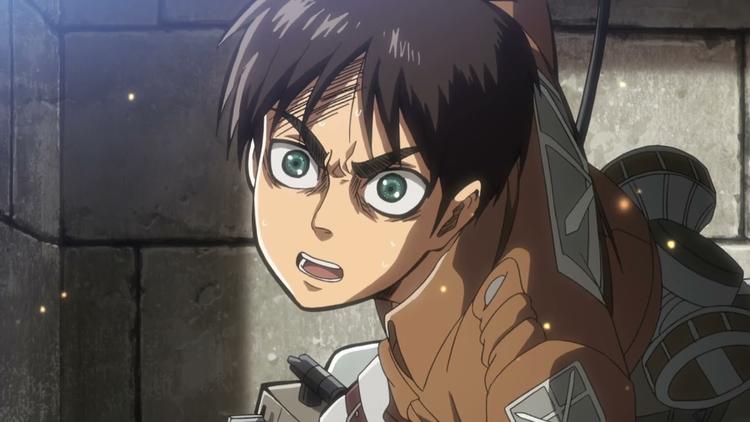 Ann Arbor (Informed Comment) – Arizona Congressman, dentist, and inveterate nutcase Paul Gosar posted to Twitter a photoshopped Anime video showing himself as a cartoon character plunging a sword into the neck of a monster with the face of Rep. Alexandria Ocasio-Cortez of Queens and the Bronx. He is also seen menacing Joe Biden. Threatening to kill the president is a crime punishable by law.

Twitter took down the clip as a TOS violation, but some scenes were shown in this video report at the Independent. The clip was based on the “Attack on Titan” Anime series ( summarized here). Presumably the Anime series was the idea of a younger staffer, since I doubt Gosar knows what Anime is.

So while I was en route to Glasgow, a creepy member I work with who fundraises for Neo-Nazi groups shared a fantasy video of him killing me

And he’ll face no consequences bc @GOPLeader cheers him on with excuses.

A planner of the January 6 Capitol insurrection, Ali Alexander, maintained that there had been extensive consultations over the event with Gosar. It is pretty clear that the insurrectionists would have killed Rep. Ocasio-Cortez if they had caught her in the Capitol, so it is not impossible that Gosar was involved in an actual plot on her life.

Gosar defended the video as “just a cartoon.” Actually, though, cartoons showing real people can land you in jail. Possession of cartoon child pornography showing a close likeness to an actual child is illegal in the US and the law is even broader in the UK. America will never take murder as seriously as sex, but if the question is whether a cartoon can break the law, it can.

Since Gosar is saying the video was “symbolic,” he might consider that from a Freudian point of view the symbolism is pretty obvious. Gosar’s violent fantasy of sticking swords in a 32-year-old young American woman of Puerto Rican heritage reeks of symbolic war rape.

The purpose of the cartoon was to intimidate Rep. Ocasio-Cortez and all the other uppity women in Congress who oppose Gosar’s vision of a white nationalist, patriarchal and fascist Amerika. Those women, he is saying, should be afraid to open their mouths, to speak, to advocate. Or else. That his video might well incite another fascist nutcase to try to take out AOC would not come as a surprise. Nor is he ignorant of the fact.

The atmosphere in Washington today reminds many historians of the three decades before the Civil War, when slavers mounted several attacks on abolitionists in Congress. Some 70 acts of violence against congressional representatives took place in that era.

Becky Little at History.com explains one of the more notorious of these:

“The Senate had just adjourned on May 22, 1856, when Representative Preston Brooks entered its chamber carrying a cane. The pro-slavery southerner walked over to Senator Charles Sumner, whacked him in the head with the cane and then proceeded to beat the anti-slavery northerner unconscious. Afterward, Brooks walked out of the chamber without anyone stopping him.”

Gosar is a latter-day Preston Brooks, deeply entangled in the web of violent white supremacists that have already invaded the Capitol with murder on their minds. Gosar’s fantasy video just finished the job that his colleagues among the Oath Keepers and Boogaloo Boys could not. I hope his stunt leads the January 6 Commission to look closely at subpoenaing him.