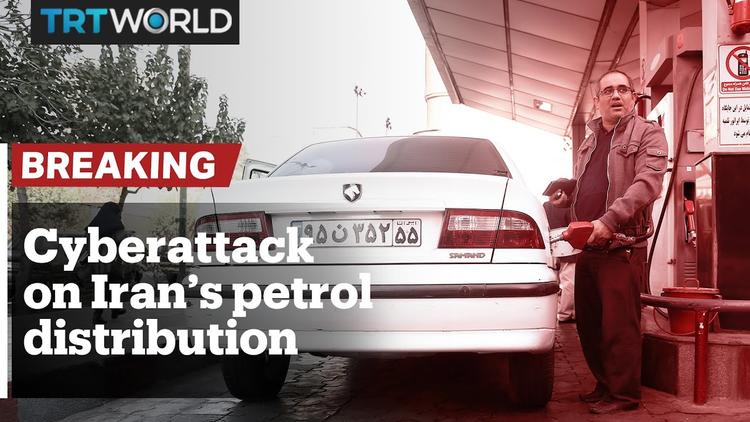 ( Middle East Monitor ) – It is becoming clear that the cyberwar between Israel and Iran is heating up, although neither side has accepted responsibility for recent attacks. Things became even clearer when hundreds of thousands of Iranians found themselves unable to fill the fuel tanks in their vehicles due to a computer glitch in a major supply network. It was discovered later that it was the victim of a cyberattack.

Although Iran and Israel have many enemies, few are able to launch large scale, accurate and effective attacks on either country, except for themselves, of course. Although they do not officially recognise it, others have confirmed their responsibility for the attacks. Neither need official confirmation from each other to know who is responsible.

Such attacks have been happening for more than a decade, but in the past two years civilian targets on both sides have been hit. Shortly after the outbreak of the coronavirus pandemic, Iranians attacked the systems at six water and sanitation facilities in Israel. The occupation state determined immediately where the damage was and repaired it.

Its response came within a few weeks when computer facilities at Iran’s largest port, Bandar Abbas, were subjected to an Israeli cyberattack. Three months ago, unknown attackers targeted the Iranian Railways computer system in a way similar to the attack on the petrol network last week, causing thousands of trains to be cancelled.

The Iran response was to target the systems at Hillel Yaffe Hospital in Hadera. This was a more serious attack than those earlier. It forced the hospital staff to work manually, which could have jeopardised Israeli lives. The attack on the petrol supply network is believed to have been a response to the hospital attack; it was sharp, widespread and meaningful. With actions and reactions, this is thought to be just the beginning of a long conflict.

It is true that human lives are generally not lost in cyberwarfare. Israel, in particular uses strong safety measures. However, the Iranian attacks are becoming more sophisticated, like the attack on the electricity network and internet servers, which caused serious damage to the banking sector. Things would be more serious if Israelis have to buy emergency generators, or make backup copies of their computer files for fear of being hacked by Iran.

It is true that Israeli attacks against Iranian targets may be more deadly, but Israel fears that Iranian attacks could paralyse its economy and technical capabilities, whether in the banks, hospitals, commercial institutions or infrastructure. Cyberattacks on various websites and Hillel Yaffe Hospital, expose Israel’s unpreparedness for such attacks. Indeed, as a country, Israel is highly vulnerable to cyberattacks. There is evidence that there have been 245,000 cyberattacks and cyber-enabled crimes since 2019, including defamation, sexual harassment and robbery. Cyberattacks can be deadly if they lead to drinking water being contaminated, or target operations systems in sensitive areas such as missiles or other weapons.

While neither side really wants this cyberwar to escalate to an all-out confrontation, Iran is not going to sit and do nothing in the face of Israeli attacks. It has teams of hackers who respond against Israel frequently, but this is not a video game; the stakes are high, and there could be fatal consequences.

At the moment, Israel has obvious superiority over Iran in this cyberwar. However, as has happened in earlier stages of their confrontations, the Iranians are learning, improving their capabilities, and ready to respond to Israeli attacks.