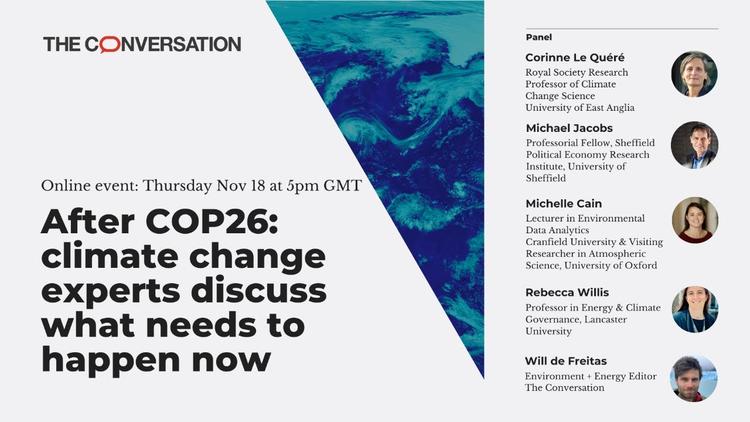 ( Foreign Policy in Focus) – We all think that climate change is somebody else’s problem. We have to be persuaded otherwise.

There is an astonishing statistic in a Pew research study released in 2020 on perceptions of how different countries handled COVID-19.

Only 15 percent of people in a dozen countries around the world thought the United States was doing a good job of addressing the pandemic. That sharply contrasted with how Americans felt: 47 percent praised their own government’s management of COVID-19.

What’s astonishing is that people outside the United States had a much better understanding of what was going on inside this country. By all objective standards, America was doing a terrible job back in 2020. We had the highest number of infections and the highest number of deaths. We had critical shortages of personal protective equipment, and hospitals in a number of cities and rural areas were completely overwhelmed. Contact tracing was sporadic and masking requirements inconsistent. The federal government was incoherent, to put it mildly, and states veered off in very different directions, some of them suicidal.

This perception gap between outsiders and insiders does not bode well for the global response to the climate crisis. After all, the tendency has been to point fingers at others and rarely at one’s self. Everyone has criticized China for its expanding carbon footprint. The Global South has criticized the industrialized north for producing the lion’s share of carbon emissions over the last 150 years. The United States has been attacked for its devotion to fossil fuels, its radical swings in policy, and its ungenerous arrogance.

They are all correct. But rarely are such judgments balanced by self-criticism.

The domestic-international gap in perceptions is not quite as large on climate change as it was on the pandemic back in 2020. For instance, 39 percent of non-Americans surveyed by Pew in 2021 rated the U.S. record on climate change as “good.” A much larger number of Americans, 49 percent, share that opinion. More troubling is the ideological gap in the United States, with 67 percent of those on the right and only 26 percent on the left thinking that the U.S. record is good.

Such gaps in perception were on full display at the big climate confab that’s taking place in Glasgow. Last week, leaders gathered to make declarations while critics mobilized in the streets to decry the insufficiency of those efforts. This week, the negotiators try to transform the declarations into numbers.

A couple of those declarations look promising. A deal on beginning to reverse deforestation by 2030 would be a great step forward (of course, a similar agreement in 2014 would also have been a great step forward). A pact to cut methane levels by 30 percent by 2030 is certainly welcome, but the biggest sinners in this regard (India, Russia, and China) are not yet on board.

The assembled leaders agreed to what they have called the “Glasgow Breakthrough Agenda” covering five sectors that account for half of all carbon emissions: power, road transport, steel, hydrogen, and agriculture. This collection of initiatives is meant to create 20 million jobs and increase global GDP by 4 percent over what it would otherwise be by 2030.

Deeply troubling in all of these declarations is the continued reliance on private finance to lead the way toward a carbon-neutral world, like the pledge from the captains of finance to push for cleaner technologies. Unfortunately, they are not making a comparable commitment to stop investing in fossil fuels.

Just as citizens of countries tend to view the climate policies of their own governments more favorably than outsiders do, the leaders of the international community generally have a self-congratulatory approach to their own efforts. Those on the outside of the Glasgow meetings, on the other hand, were harshly critical. “Blah, blah, blah,” said Greta Thunberg in one of her latest jeremiads against the insufficiency of response.

Let’s be clear: it’s not nothing.

Going into the Glasgow meeting, the cumulative impact of all the pledges countries have made to reduce their carbon emissions would have led to the world heating up to 2.1 degrees Celsius (over pre-industrial levels) by 2100. Factoring in the pledges made at Glasgow, according to the International Energy Agency, will bring down that number to 1.8 degrees.

It’s not the 1.5 degree-level that represents the consensus of scientists and activists who want to avoid the worst effects of climate change. But it’s also the first time that the international community has managed to get below the 2-degree mark, which was the upper level established by the Paris accords.

But wait, this analysis comes with a number of important asterisks.

First, despite all the fine words surrounding the Paris Accords, countries have largely not met the agreement’s voluntary limits. Five years after making those commitments, countries were on track to reduce carbon emissions by a mere 5.5 percent by 2030 compared to the minimum requirement of 40-50 percent.

That’s probably a generous estimate. According to the latest Intergovernmental Panel on Climate Change report, meeting the Paris commitments would only result, by 2030, in a 1 percent reduction from 2010 levels.

Both estimates, in any case, are probably off because, as The Washington Post reports this week, the data is incomplete and sometimes falsified outright. Algeria hasn’t reported since 2000, Qatar since 2007, Iran since 2010, China since 2014, Libya and Taiwan since, well, never: in all, 45 countries haven’t reported data since 2009. No country claims the carbon emissions from international travel and shipping (more than a billion tons a year). Countries like Russia and Malaysia have subtracted carbon emissions from their balance sheets based on their forests, and sometimes those estimates bear little relationship to reality. Even the emissions they do report don’t line up with the estimates of independent assessments. According to the Post, as much as 13.3 billion tons of carbon each year goes unreported.

Compounding this problem is the so-called brown recovery. The modest reductions in carbon emissions that took place during the COVID-19 economic shutdowns are being obliterated by the burst of post-pandemic economic activity. The world could have built back better in a sustainable manner. Instead, it is building back brown.

So, let’s take another look at the IEA prediction of substantial progress after Glasgow. The UN’s own estimate, released this week, suggests that the combined reduction in global temperature as a result of the Glasgow pledges—given the failures to meet earlier commitments, the gaps in the data, and the current upsurge in post-pandemic emissions—will be a mere .1 degrees, not .3 degrees. And the world is heading not toward a 2.1-degree Celsius increase by the turn of the next century but 2.5 degrees.

So, the gap between perception and reality has some very dangerous consequences indeed.

One of the great compromises—or grand delusions, if you prefer—at the heart of the Breakthrough Agenda is encapsulated in the phrase “green growth.” At Glasgow, the luminaries promise millions more jobs and a boost in global GDP. Political leaders are not in the business of taking things away from people, of promising belt-tightening, of Scrooging everyone’s Black Friday buying spree. At Glasgow, like pretty much everywhere else, politicians promised more jobs (green ones), more energy (the clean kind), more gadgets (like electric cars).

More, more, more has been humanity’s mantra for the last 150 years or so. It used to be only the watchword of the rich. The industrial revolution democratized the phrase.

The problem, however, is that the planet can no longer accommodate our collective voracity. There just isn’t enough stuff to go around.

Oh, yes, of course, sunlight is unlimited and will be for the next umpteen million years. But the resources it takes to capture that sunlight – the materials for the solar panels, the energy to build those panels, the land to site solar farms – are not unlimited. The same applies to wind and waves and geothermal.

So, we’re going to have to have a serious sit-down about this problem of economic growth and our unexamined assumptions about more, more, more.

That needs to be a global conversation, but the north continues to out-consume the south by an order of nine to one, if you compare the per capita carbon footprint of the United States (15.53) with that of Indonesia (1.72). So, global equity has to be part of this conversation as well—transferring resources to the Global South on an unprecedented level to ensure an equitable green transition.

It’s not just a bill of reparations for what the industrialized world has extracted—often through outright theft—over the last few hundred years. It would also need to reverse the current outflow of resources from the Global South. As I wrote recently for TomDispatch, “By one estimate, the Global North enjoys a $2.2 trillion annual benefit in the form of underpriced labor and commodities from there, an extraction that rivals the magnitude of the colonial era.” And that doesn’t even count the debt repayment outflow. Or the costs associated with ongoing climate change, which disproportionately affects the Global South.

Here, the gap in perceptions turns deadly. Consumers can believe that they are doing their part by buying electric cars. Americans can believe their government is going the extra mile with the clean energy provisions of the new infrastructure bill (all those charging stations) and perhaps one day the Build Back Better bill as well. Europeans can feel good about themselves by meeting the goals of their new Fit for 55 provisions (which mandate a 55 percent reduction of carbon emissions from 1990 levels by 2030). The international community is awash in self-congratulation after the meeting in Glasgow and all the promises made.

But all that good feeling will leave us thinking that we’ve done enough. In this case, the perfect needs to be the enemy of the merely good. As the waters continue to rise, good simply is no longer good enough.

The Conversation: “After COP26: climate change experts discuss what needs to happen now”