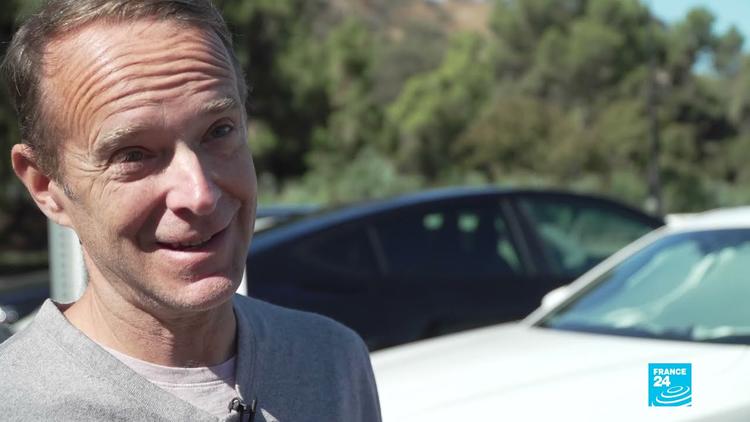 Hochschild pointed out that electric cars are now California’s number one export. The state exports $156 billion of goods abroad annually, and is second only to Texas in exports among US states and territories. California exports make up 10% of the US total.

In 2020, California exported $5.7 billion worth of electric vehicles, amounting to 3.7% of the state’s total exports. Aircraft and plane engines and parts came in second. The next few items are related to computer chips and modems. Almonds and diamonds come in 6th and 7th. Joe Biden rightly considers electric vehicles a potential winner for American industry if we don’t let China get a technological and market edge and crowd us out of the market. There is money in the just-passed infrastructure bill for electric charging stations to encourage EV sales.

Hochschild got his start in clean energy way back in 2001 when he was working for San Francisco Mayor Willie Brown and backed municipal spending of $100 million to put solar panels on buildings. Now that’s an early adopter.

He said on Monday,

What he means is that of the state’s some 15 million registrations, a million are now electric. That is about 6%. And, 10% of new car sales in California are now electric. We are at the beginning of a transformation of the automobile in the state most in love with automobiles, and that epochal change is accelerating.

But remember that there are some 5 million EVs on the road in China. California is ahead on the percentages, but in absolute numbers of electric vehicles China is running rings around the US, and brands like the Nio could lock up many Asian car markets to the detriment of the US.

President Biden has signed an executive order that half of all new vehicles sold in the US should be electric by 2030.

“the basic vision that we have in California is to get to 100 percent clean energy grid, and then electrify almost everything and so–and run it off this clean grid. And we’re making a lot of headway. Today in California, we’re at 63 percent carbon-free electricity on the grid on route to 100 percent.”

Wind, water and hydro account for about a third of California’s electricity, with about 16% coming from large hydro and 2% from small hydro. Eight percent comes from nuclear plants. So, Hochschild says, some 63% of California’s grid is largely carbon-free. The rest mostly is generated by natural gas. If the whole US looked like California does today regarding power sources, we’d be fifteen years ahead on our goals. California wants to achieve net carbon zero emissions by 2045.

California is an example of how climate-friendly state policy can quickly produce important results. Having EVs become its number one export underlines Biden’s point that greening the electricity grid is not just a sane and earth-friendly act, it will drive the US economy if we get it right. But other countries, especially China, are making key breakthroughs in green science and technology, and if they get there first, America will lose out.