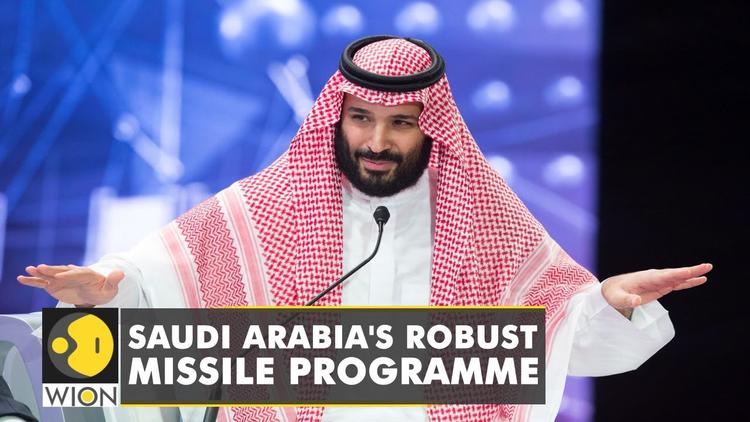 ( Middle East Monitor) – Last week, US intelligence agencies shared information revealing that Saudi Arabia is developing a ballistic missile with the support of China. Shortly afterwards, the fact that Iran launched an exercise called “The Great Prophet 17”, in which it also used ballistic missiles, put the Gulf back on the international front burner.

The fact that both countries are getting assistance from China in developing a ballistic missile program poses a serious problem for the recent US policy of encircling China. The world is curious about the attitude of the US, which has reacted sharply to the fact that its allies in the region have developed cooperation with China in strategic areas so far, to this move by the Saudis. In fact, we can say that the current situation is due to the unpredictability of US foreign policy and Chinese determination to pursue its vital interests in the Gulf.

As the US remains unethical about blocking nuclear activities and is accepted as a full member of the Shanghai Cooperation Organization (SCO), Iran has gained a strong patron in China. This resulted in a complete opening of the power asymmetry against the Saudis in the Iranian-Saudi rivalry in the Gulf. The US unwillingness to respond to Iranian threats to the Saudi regime, the abandonment of the Saudis in the Yemen war alone, and the withdrawal of the US air defence systems from south of the Saudi capital, Riyadh, in September obliged the Saudis to seek alternatives in defence.

Apart from the Dongfeng-3 ballistic missiles imported from China in 1988, the Saudis have been doing all their weapons purchases from Western countries, especially the US, with great loyalty since 1932, when Saudi Arabia was founded, but now have begun to question their dependence on the West in defence.

The Saudis turning to China, the biggest US rival in the defence and weapons industries, carries important messages in this process. An important change is taking place in this policy of the US which, in the past, considered the Middle East a priority foreign policy to surround the Soviets, ensure energy security and support Israel’s security. Until the beginning of 2010, America was the most important guarantor of the political stability and territorial integrity of the Gulf States but, since then, it has begun to step out of its role as a guarantor in the region.

With this orientation of the US, which is no longer dependent on energy resources in the region with the fracking revolution and has adopted the priority foreign policy goal of limiting China with its “Asian Pivot” strategy, the Gulf region has begun to lose its priority. However, with the Eisenhower (1957), Nixon (1969), and Carter (1980) doctrines, the country declared the Gulf region a vital area of US interest and declared that any challenges to US interests in this region would be responded to by using all means. The erosion of the US mission as the security guarantor of regimes in the Gulf States and the forcing of its allies in the region to defend themselves is the most important reason why the Saudis are looking for different alternatives.

The regional-wide power vacuum created by the US being stripped of its role as a security guarantor in the region has created a significant opportunity for China which, for many years, has been looking for a place on the global political scene. China is turning to a strategy in the form of energy security, trade and investment, responding to American military activities in the South China Sea, and creating regional alliances on the Uyghur issue.

The Gulf region is of indispensable importance in terms of energy security for China, whose energy needs are rising due to its rapidly growing economy. The Gulf region, which holds two-thirds of the global oil and natural gas reserves and is geographically quite close to China, today alone accounts for 55% of Chinese oil imports. The demand for natural gas is also on the rise due to the sensitivity about clean energy consumption. China, which consumed 15 million barrels of oil per day in 2021, is expected to increase its consumption to 20 million a day, and it is almost impossible to meet this growing demand from another area outside the Gulf. This, alone, makes the Gulf region extremely important for Chinese foreign policy.

Another element that makes the Gulf important for China is the unique economic and geopolitical advantages offered by the region in terms of investment and trade. For the success of China’s Belt and Road Initiative announced in 2013, the Gulf region is of indispensable importance. In addition, the Gulf States, which have rich oil reserves and are turning to important infrastructure projects using the huge funds they have, offer significant advantages from the Chinese point of view, which considers investment and trade the most important foreign policy item.

Thirdly, China which, in recent months, has been targeted by the AUKUS (UK-Australia-US) nuclear sub pact that aims to decimate China in the South China Sea, also wants to overcome this siege by establishing close relations with Gulf States. In particular, cooperation with Iran, the only actor with the ability and motivation to challenge the regional status quo defined by the US, is extremely important for China.

Finally, China is trying to handle the problems arising from the Uyghur issue, which has put it in a difficult position in domestic and foreign policy, by forging an alliance with two countries (Iran and Saudi Arabia) that claim to lead the Islamic world in the Gulf region. From China’s point of view, the prospect of the Uyghur issue turning into a global jihad, as it did in Afghanistan in the 1980s, is the most important internal threat. Thanks to the close relations it has developed with Iran and Saudi Arabia, China hopes to get support from two important countries of the Islamic world for its own view on the Uyghur issue, which has recently been brought to the forefront in the West.

US-China geopolitical rivalry in the Gulf

During the period we are in, global politics is the scene of intense geopolitical competition between the US and China. In this competition, the Gulf stands out as a very important region due to its geopolitical position, ideological advantages and rich energy resources. For many years, the US strongly opposed the cooperation of its allies in the region with China in the fields of advanced technology and the defence industry. But now the unpredictability of US foreign policy has forced its allies, who have a rising threat perception, to seek alternatives.

It is known that China has long supported the Iranian missile program, but today the Saudis, like Iran, are forced to turn to China in the field of defence products, which has posed significant risks to the future of US hegemony in the Gulf region. China’s eagerness to fill the power vacuum left by the US, which has recently shown signs of withdrawing from the Gulf region, indicates that there will be significant transformations in regional politics in the near future.