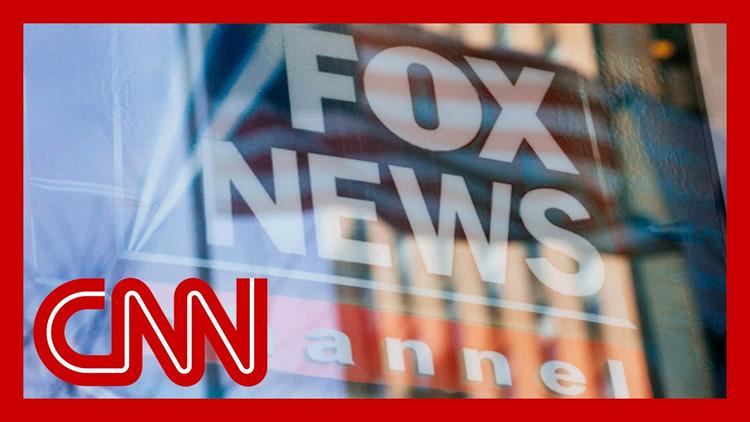 Dominion alleges that Fox anchors repeatedly hosted Trump attorneys Rudy Giuliani and Sidney Powell, who made false and inflammatory claims about Dominion voting machines being used by the Democratic Party for election fraud, resulting in the election of Joe Biden as president. Not only did guests make these charges, but Fox anchors such as Sean Hannity and Lou Dobbs piled on with their own statements and interpretations of the issue.

Libel suits in the U.S. are tricky territory because of the First Amendment, which stipulates that Congress shall make no law “abridging freedom of speech, or of the press.” Can the press, then, publish news articles that are false and that drive a company into the ground and bankrupt it? The answer is a qualified “yes.” If the news article is published in the conviction that it consists of true allegations, then the press is protected.

Libel law regarding public figures in the U.S. is governed by the Supreme Court Decision New York Times Co. v. Sullivan, which held that “Factual error, content defamatory of official reputation, or both, are insufficient to warrant an award of damages for false statements unless “actual malice” — knowledge that statements are false or in reckless disregard of the truth — is alleged and proved.”

In other words, a lot hangs on intent. In a way it is like the difference between first degree murder and completely accidentally killing someone with no element of reckless endangerment. A person might walk away from the second without a jail sentence if the accident did not involve negligence, whereas the first could get a person a life sentence or the death penalty.

Ironically, the most conservative justices on the present court, including Neil Gorsuch, feel that the malice requirement is too onerous for plaintiffs who are public figures and want to weaken Sullivan, allowing libel suits to succeed just on the basis of purveying falsehoods. If the Dominion suit goes to the Supreme Court, Fox may find its deadliest enemies on the bench are the conservatives, Thomas and Gorsuch.

Anyway, one of the things Dominion had to do was to show that Fox anchors made false statements in the knowledge that they were false.

Fox certainly made false statements. Maria Bartiromo and other anchors went on about how Dominion used “Smartmatic software” that had been developed for elections in Venezuela, with the implication that the software was from the beginning a corrupt product for a Leftist/ Banana Republic scenario. Dominion points out that “Ms.[Jeanine] Pirro also claimed that Dominion was an organized criminal enterprise started in Venezuela with Cuban money that could and did flip votes with the assistance of Smartmatic software, thus creating ballot dumps that filled in votes for President Biden.”

AP notes that Dominion and Smartmatic are two different companies with no relationship, and that Dominion does not use Smartmatic software. Although Smartmatic was founded by Venezuelan-American investors, it has been critical of the Venezuelan government, and its machines were not used in any of the swing states in the 2020 election.

In some states, Dominion machines weren’t very prominent. Dominion was used in 12 Pennsylvania counties, 10 of which voted for Trump.

So the allegation of Venezuelan-Cuban Communist software in Dominion machines is false (as though the entire notion were not nonsensical).

Maria Bartiromo actually delivered herself of the following spaghetti tangle of lies:

“Bartiromo: Look, I want to show this graphic of the swing states that were using Dominion and this software, the Smartmatic software. You just said it all. This is a Smartmatic, a Delaware entity registered in Boca Raton, Florida, activities in Caracas, Venezuela. The voting machines were used, Dominion voting machines were used in Arizona, Georgia, Michigan, Nevada, Pennsylvania, and Wisconsin. And I have a graphic showing the states where they stopped counting, which I thought was also strange, to stop counting in the middle of election night. One source says that the key point to understand is that the Smartmatic system has a backdoor that allows it to be….or that allows the votes to be mirrored and monitored, allowing an intervening party a real-time understanding of how many votes will be needed to gain an electoral advantage.”

Everything she said was wrong.

So then the question is whether the Fox anchors and guests knew what they were saying was wrong or could reasonably be expected to know it was wrong. Well, all the election officials told them it was wrong. Hand recounts demonstrated the accuracy of Dominion voting machines over and over in various states. Dominion sent endless emails with proof and analysis that it was wrong. Bill Barr, the attorney general, said it was wrong. Rupert Murdoch’s Wall Street Journal said it was wrong. Murdoch also owns Fox Cable News.

Moreover, as Judge Davis points out, Fox never had Dominion on to defend itself and one can only conclude that the network intended to shape the story in a one-sided way.

Fox anchors, as usual, displayed a reckless disregard for the truth, purveying falsehoods about Dominion that had the effect of damaging its reputation and its business.

Eriq Gardner at Hollywood Reporter points out that a major grounds on which Fox sought a dismissal of Dominion’s suit was the “neutrality privilege.” This is the notion that a news organ has to report, for instance, on the allegations made in lawsuits, and defendants in those suits shouldn’t be able to sue the news organization for simply stating the allegations in the suit. Likewise, news organizations have to report on what public officials say, even if the public officials are mouthing falsehoods.

Dominion points out that Fox anchors went far beyond simply reporting the allegations of Trump’s attorneys in an even-handed way. They themselves adopted these theories and editorialized them. So they weren’t acting in accordance with the neutrality privilege.

Judge Davis goes beyond Dominion’s point to bring up the question of whether such a privilege is well-founded in New York law, and suggests that the matter is sufficiently contentious that it cannot be the basis for a dismissal.

Basically, Fox was saying the suit had to be thrown out because it was just reporting what Trump, Powell and Guiliani, public officials, were saying about Dominion. On that doctrine, anyone could libel anyone and destroy them financially if they could only find some crazy QAnon conspiracy theorist in public office who made such allegations.

At least as a basis for getting the case dismissed, that argument has failed.

A lot of Dominion discovery, which may already be ongoing, could eventually become public, so we could see duplicitous emails from corporate bosses to anchors ordering them to delegitimize President Biden. Moreover, Fox could be out a lot of money, as much as $1.6 billion, which Dominion is asking for, or even more, if a jury awards greater damages. But the whole legal basis for its big lies, of Sullivan and the neutrality doctrine, could be in jeopardy. The bad thing would be if all this weakens the US press’s first amendment protections, just because an Australian-American billionaire and his band of merry fraudsters decided to see if they could get away with lying on air 24/7.