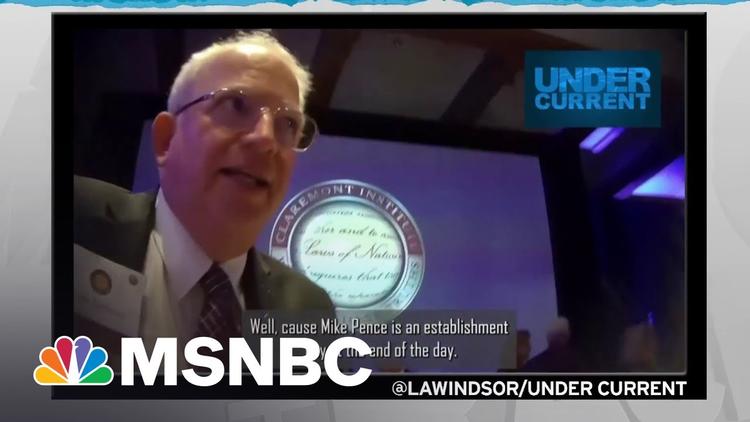 ( The Gazette ) – I like attorneys. Some of my best friends are attorneys. I love an attorney who is my daughter.

But I can’t stand attorneys who bend themselves pretzel-shaped telling U.S. presidents what they want to hear — especially when their “legal” advice shreds the Constitution and shoves the presidency toward autocracy.

Two such tricksters are John Yoo and John Eastman.

Yoo is the vaunted legal scholar who helped Republican President George W. Bush put the Constitution on hold while pursuing the Global War on Terror, highlighted by the unnecessary invasion of Iraq.

Eastman, operating 18 years later, is a lesser light. But he did manage to convince Republican President Donald Trump he could nullify an election he’d lost two months earlier. That’s what I call influential — and scary.

Since Yoo was a forerunner of Eastman, their White House-connected pettifoggery deserves examination.

When President Bush and Vice President Dick Cheney felt they needed leeway for grilling prisoners following 911, up from the Justice Department stepped Yoo to write most of the legerdemain known as “the torture memos.” Prisoners of war became “enemy combatants,” torture became “enhanced interrogation” and violent mistreatment of detainees, illegal in the United States and under international law, became “legally permissible” if conducted outside the United States.

Thus was the CIA freed up to inflict some of the atrocities that got war criminals hanged following World War II.

As for prosecution of higher-ups guilty of torture, Obama said it was time to “look forward, not backward.” Four years later, successor Donald Trump said he would consider bringing back torture because “it works.”

Fact: Torture hardly ever works. It merely forces a prisoner to say what the interrogator wants to hear so he will stop being tortured.

Now for Eastman: Last year at this time, he was part of the legal team dreaming up ways to keep Donald Trump in office. It all depended on pliability of Mike Pence, whose vice presidential duty was to ceremoniously read electoral results to Congress and declare them certified. At Trump’s behest, Eastman not only assured Pence he was constitutionally empowered to reject the results, the attorney wrote a six-step, two page memo on how to do it. The obstruction would require help from several members of Congress. Timing would be everything.

Just before the fateful day, planners agreed Eastman’s plan wouldn’t fly. No wonder, assembled as it was with paper clips, duct tape and Elmer’s Glue.

Yet with a little tweaking, the Eastman election-rejection formula or something like it could be used following a future election not won by a Republican. So the speculation goes. In that light, the Jan. 6 attempted coup could be viewed as a rehearsal.

John Yoo, 54, and John Eastman, 61, are not peas in a pod. Korea-born Yoo holds a prestigious law professor post at Cal-Berkeley. Torture memos aside, his body of work is impressive. Eastman ignominiously resigned from his law professor job at Chapman University School of Law a week after the Capitol riots.

Yet there the two were last Aug. 6, co-writing a Fox News piece assailing President Joe Biden for damaging the presidency through the Jan. 6 investigation. How fitting: Yoo teaming up with the man who 18 years later echoed his legal finagling on a president’s behalf.

When President Biden reviews the election overthrow attempt, will he bring the plotters to justice? Or will he do as Obama did with those who had plunged into the dark domain of torture, simply saying, “Look forward, not backward?”

A weaseling out would signal further erosion of justice and a move toward autocracy under a reinstalled Trump or one his acolytes. With the help of crafty attorneys, of course.

Writer-editor Jerry Elsea is retired after 40 years with The Gazette, the last 15 as opinion page editor.

Reprinted with the author’s permission from The Gazette .

Jerry Elsea is a writer-editor, retired after 40 years with The Gazette, the last 15 as opinion page editor.