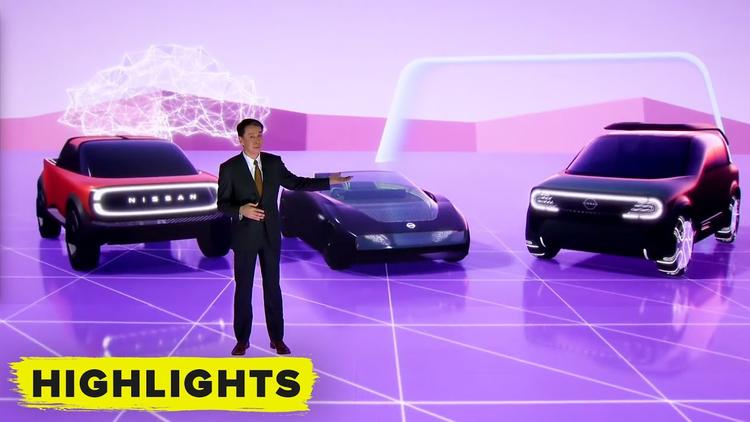 Nissan recently announced a new £13 billion investment to help transition its business to being focused around electric vehicles (EVs). The investment is centred around its Sunderland plant in the north east of England, which already makes the popular Nissan Leaf, and a plan to build 23 new electric models by 2030.

But Nissan, like most traditional automakers, has a long way to go if it wants to catch Tesla. Elon Musk’s company is easily the biggest seller of EVs in the world, with the Model 3 and Model Y shifting around 230,000 vehicles per quarter between them worldwide. China’s SAIC is in second place thanks to its Wuling Hingguang Mini, which is the best selling EV in China. After that come Volkswagen, BYD and Hyundai.

So why are many of the traditional players that have built their businesses on internal combustion engines so far behind Musk, and can Nissan buck the trend?

Why some have struggled

Tesla created the first serial production EV with lithium-ion batteries in 2008 with the launch of the Roadster sports car. It has gone on to evolve a suite of vehicles whose range, performance and efficiency are arguably the best in the business – as reflected by the company’s impressive growth and profitability.

It makes sense that if you have been making EVs for the last decade, you’re probably more successful at making them now. You will have vastly more data in terms of how drivers use your vehicles, what goes wrong with them, and how to best manage suppliers of motors and batteries.

Nissan has certainly served its time, having debuted the Leaf in 2011, which is one of the best selling EVs of all time, having sold half a million units over a decade. But if there has been a lesson in this sector, it’s that being successful at making vehicles with internal combustion engines does not guarantee success at making EVs.

An example is General Motors (GM). GM was there all the way back in the late 1990s with its ground-breaking EV1. These little cars, loved by their owners, showed how an all-electric future could look. But GM went on to crush the EV1s en-masse, saying they were insufficiently popular, though conspiracy theorists have questioned whether it was ever serious about taking them to mass market. In the process, EV1s became the star of their own documentary.

GM tried again to crack EVs with its Volt in 2010, which was also popular until being killed in 2018 (the demise was blamed on an ageing production facility). It also launched the Bolt in 2017, which was designed to be a relatively cheap, long range EV. But while it achieves this, it has been plagued with battery issues. The knowledge that Bolt packs can catch fire has become so pervasive that car parks in the US have reportedly been banning them from entering.

GM says it now has a solution, and has recalled tens of thousands of Bolts to have their battery packs replaced. But as a result, production of new Bolts is currently suspended until late January. GM also promises some 20 new EV models by 2023, but recently came in for criticism after displaying no EVs at the 2021 LA Auto Show (whose theme was electrification). Given that President Biden recently credited GM with leading the industry in EV manufacture, this surely raises eyebrows.

Toyota was also a key player in moving the industry to greener vehicles with its hybrid cars of the late 1990s, but is now also playing catch up. It has only just, in December 2021, released its first volume production EV, the bZ, after going much further than others with developing hydrogen-powered vehicles. Toyota’s hydrogen-powered Mirai failed to gain market share in the way that EVs with batteries have, selling just 316 in Europe in the first half of 2021. Toyota is reportedly also teaming up with China’s BYD to launch a US$30,000 EV in 2022.

Meanwhile, Volkswagen is the legacy automaker seen as most likely to catch up with Tesla’s EV production rate – potentially by 2024. The German giant is spending some €35 billion (£29 billion) on the sector. But Volkswagen acknowledges that it takes them three times as long as Tesla to make its flagship EVs, making the gap in capabilities painfully apparent. It aims to narrow the gap to double in 2022.

If we have learnt anything from Tesla and also Chinese EV entrants such as NIO, BYD and XPeng, it’s that bespoke electric chassis make better electric cars. For example, Tesla’s Model 3 rival, the Polestar 2, was originally meant to be a petrol Volvo S40, but adapting an internal combustion engine vehicle to be electric just doesn’t work as well. You end up with cars with less range on the battery and often less space inside.

Fortunately for Nissan and its alliance partner Renault, they already have such a bespoke EV platform. Known as CMF-EV, it allows the group to share a number of components across different EVs and maximise the efficiency of manufacturing them.

From observing Tesla, the second vital factor to producing EVs at scale (and profitably) is to make your battery packs as close to the final assembly factory as possible, reducing transport cost and time. Again, Nissan ticks this box. Its Sunderland plant, which not only produces the Leaf but will also produce its successor, is situated very close to the Envision battery “gigafactory” that supplies it. Chinese-owned Envision plans to produce 38GWh of batteries a year – enough to power 500,000 new cars, which would put Nissan on par with Tesla’s factories in the US and China.

So with its years of EV knowledge, efficient battery supply chains and bespoke EV platform, Nissan could very well be the legacy automaker that ends up being able to compete with the new kids on the block. But if it fails to capitalise on its advantages to reinvent itself as an EV-first company, we have seen from numerous other companies that being an early runner is certainly not enough on its own.