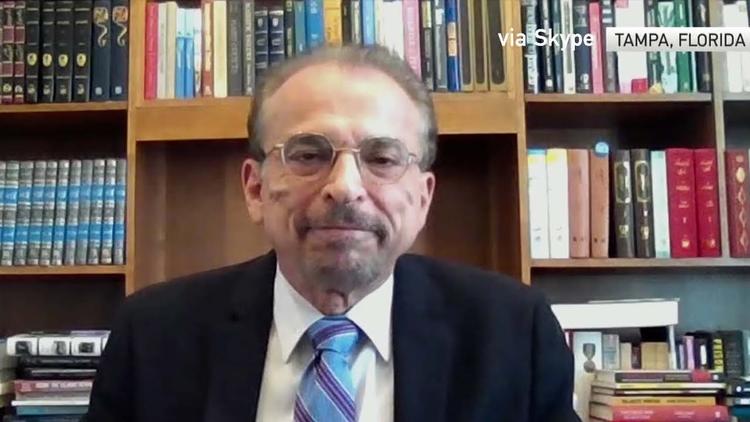 Ann Arbor (Informed Comment) – The recent round of talks in Vienna between Iran and Germany plus the 4 members of the UN Security Council who are still members of the 2015 Iran nuclear deal (Joint Comprehensive Plan of Action or JCPOA) have not gone well, though further meetings are planned. One reason is that Iran sees its relationship with China as a hedge if the Biden administration won’t negotiate in good faith.

Sometime in this decade, China’s economy will be bigger than that of the United States, even in nominal terms. Beijing is expanding its nuclear and ballistic missile capabilities and has launched into the building of a fleet of aircraft carrier battle groups. It has two and will soon add a third. China’s ambitious “Belt and Road” project seeks to build a pan-Asian transportation and industrial infrastructure that would make China the sun around which Asian countries orbit. Beijing is interested in picking up Iran, with its vast oil and natural gas deposits, as a client and sphere of influence.

The JCPOA signatories, including China are acting as mediators between Iran and the US. Iran is asking that the United States drop its financial and trade embargo on the Iranian economy, imposed by Trump in 2018 even though Iran had scrupulously observed its obligations under the 2015 deal. In fact, Iran went on toeing the line through 2019 even though it had gained less than nothing in the way of sanctions relief for mothballing 80% of its civilian nuclear enrichment program. Tehran’s negotiator Ali Bagheri, is saying that Iran will not scale back its civilian enrichment activities unless the US drops the sanctions first. Moreover, Iran wants guarantees that the if the Republicans get back into a position to reimpose sanctions, the sanctions relief won’t just evaporate again.

The Biden administration had come to office intending to do just that. However, the permanent policy establishment, the Blob, in Washington, DC, had become attached to Trump’s financial and economic embargo on Iran, hoping to use it to push Iran out of Syria and Iraq. There is no reason to believe that Tehran can be dissuaded from its foreign policy goals by the US blockade, which would be an act of war if it were carried out with gunboats rather than with Treasury Department threats of fines for third parties investing in and trading with Iran. For whatever reason, Biden won’t alter the Trump punitive policies, which are strangling the Iranian economy, as an inducement for Iran to return to the terms of the 2015 deal.

I do not understand the Biden stance on this matter. If the US lifted the extra, and arguably illegal, Trump blockade and Iran did not reciprocate by scaling back its civilian enrichment, then the blockade could just be reimposed. It only took Trump six months to impose it fully, in part by designating the Iranian central bank a terrorist entity in September, 2018. No one can so much as trade with Iran in its own currency without risking the wrath of the US Treasury Department.

Although the US State Department and the American press (surely the most jingoistic press in any democratic country) are characterizing Iran’s stance as obstructionist, what it is demanding is perfectly reasonable. The US never gave Iran significant sanctions relief after 2015, keeping third party sanctions in place that prevented French companies such as Total and Peugot from investing in Iran. Then Trump put the screws to Iran more harshly than has ever been done by one country to another in peace time.

There are several reasons that Iran is not backing down.

First, the current far right wing government is ideologically committed to Iranian exceptionalism and to a rhetoric of standing tall against imperialism. If President Ibrahim Raisi scales back enrichment without any US concession, he looks as though he has worshipped at the altar of the Great Satan.

Hard line cleric Ahmad Khatami said in his Friday prayer sermon in Tehran, addressing Bagheri’s negotiating team in Vienna, “you represent a brave nation, you represent a nation that stands by its ideals to the last drop of blood and to the last breath, you represent such a nation and know that this nation will not accept anything less than the lifting of all sanctions.”

For President Raisi to buck the hard line ayatollahs on this issue of national pride would not be impossible, but he’d be going against his own base and would need the protection of the august clerical Leader, Ali Khamenei.

Second, the Raisi government believes it has a back-up plan. If the US won’t end its blockade and if the Europeans won’t defy the US and invest in and trade with Iran, then Tehran will give up on the North Atlantic world entirely and put all its hopes in China.

On November 24, Chinese Foreign Minister Wang Yi held a video conference with his Iranian counterpart, Hossein Amir-Abdollahian. In the read-out, Wang Yi is quoted as saying,

“China has successfully embarked on its own path of modernization, created a new form of human civilization and opened up new avenues for developing countries to pursue modernization. China has no intention of exporting its development model, but is willing to provide a reference for Iran and other countries that want to speed up development while maintaining independence. China stands ready to work with Iran to oppose all acts of unilateralism and bullying, uphold the principle of non-interference in internal affairs and safeguard international fairness and justice.”

That language about opposing acts of unilateralism and bullying was a criticism of the US financial and trade embargo on Iran, and would have been read by the Raisi government as support for Iran’s demands in Vienna.

Mohammad Hosseini, the vice president for parliamentary affairs, said on December 4, “Now is the time to dictate the text of the American JCPOA, and today we specify the text of the JCPOA, and if we achieve the desired result, all the better; and if we do not attain it, we move on to the powers of the East. . . . We are now a permanent member of the Shanghai Cooperation Organization.”

Iran was accepted into the Shanghai Cooperation Organization in September. The organization is a joint project of Russia and China and groups Central Asian countries into a trade organization. Iran may be reading into the acceptance more of a commitment to it on the part of Beijing than membership actually implies.

China is keeping Iran’s oil economy afloat, allegedly smuggling hundreds of thousands of barrels of petroleum into south China every day on disguised tankers with their transponders turned off, to supply small private refiners that only deal with the Chinese market. The US Treasury Department cannot easily move against those local Chinese companies that do not deal with Iran in dollars, and so has been helpless to stop this end run around the US blockade.

After the fall of the Soviet Union in 1991, the United States emerged as the sole superpower. The French even coined the term ‘hyperpower’ for it (it was not a compliment). It was its status as sole superpower that allowed the US to launch its war on and occupation of Iraq. In the 1980s, any such move would have been blocked by the Soviet Union. In 2003, all the Russian Federation and Communist China could do was carp. Being the sole superpower may not have been good for the US, since it allowed two decades of military adventurism that bankrupted the country. Iran is betting that the US is seeing its last days as sole superpower.

Iran is betting on China.