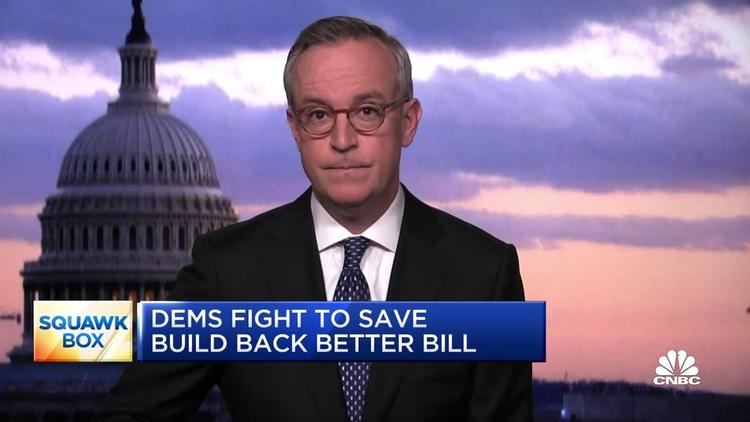 Yet, there is more than just Senator Joe Manchin’s coal and Omicron fears in our stockings this holiday season. There are some reasons to be hopeful too.

The first reason to be hopeful is — us. We the people.

Social movements, struggling families, activists, and advocates are crushed that Republicans and Senator Manchin have set back the Build Back Better Act. But these movements have done worlds to make long-hoped-for improvements in our economy possible — and they aren’t going anywhere.

You “can’t just beat the living crap out of people and think they’ll be submissive,” a defiant Manchin said in a recent interview. Well, he’s right on that point. That’s why so many struggling West Virginian families are protesting outside of his yacht, his Maserati, and his offices in West Virginia and Washington, D.C.

They’re calling on Manchin to renew the Child Tax Credit payments that have helped 93 percent of West Virginian families and 65 million children and families across the country.

Second, there are still opportunities to get federal legislation that will help to reduce poverty. They won’t have the sweeping positive impacts that the Build Back Better Act would have, but there are still possibilities that can happen with a simple majority through the budget process.

For instance, Manchin is in favor of universal pre-kindergarten. He has also signaled he is in favor of extending the 2021 subsidies to help people afford health care through the Affordable Care Act. He supports some child care assistance, and something most likely will be done to keep some of the enhancements of the Child Tax Credit. Manchin also has indicated that he is for more taxation on the rich.

Manchin could also conceivably get to yes with a different comprehensive bill. Perhaps it will be the Better Than Nothing bill, but will still be aptly named.

Third, the entire Democratic party, including Manchin, is in favor of some kind of voting rights legislation in 2022. Unfortunately, they aren’t united on going around the filibuster to get it — Manchin and fellow conservative Democrat Senator Krysten Sinema have opposed that route.

But that brings us back to social movements and hard-working families around the nation.

If we want the economy to move forward equitably, to meet the challenges of increasing climate disasters, to care for our children, to fairly reward hard work, and a robust safety net for times of pandemic and hardship, we need to fight for the right to vote for those who will accomplish those things.

Because of egregious GOP gerrymandering and the explosion of voter-suppression bills in Republican-controlled states, the foundation of our democracy — the right to vote, no matter where we live or what we look like — hangs in the balance. We must and can fight for this.

We won’t be submissive either. Even when things feel hard, this much remains: We are the hope we are hoping for.

Karen DolanKaren Dolan directs the Criminalization of Race and Poverty Project at the Institute for Policy Studies. This op-ed was distributed by OtherWords.org.