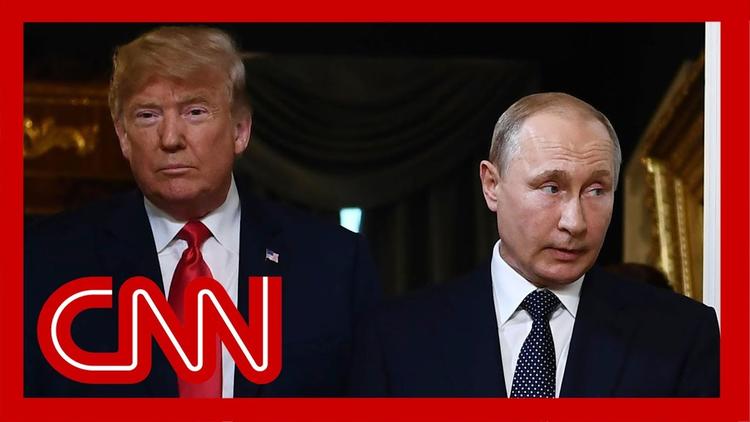 Ann Arbor (Informed Comment) – I am not the only analyst to see an extraordinary set of double standards applied in the US media to Joe Biden in comparison with Donald Trump. It is almost as if reporters and anchors are willing to forget every one of Trump’s perfidies but never willing to forget even one of Biden’s missteps. It is hard to know what drives this weird amnesia. Maybe it is a desire to appear even-handed, given the rabid email rebukes they would receive from Trump loyalists if they reported on the former president as he deserves. Maybe it is an attempt by for-profit news to get Republican readers. Maybe it is sensationalism and clickbait. Maybe the handful of big corporations that purvey to us most of our news would really like to have Trump back. After all, he put viewership way up by his constant trolling of the public, and he cut taxes on the rich and corporations, so what is not to like?

Historian Timothy Naftali was on CNN on Wednesday arguing that the withdrawal was an unforced error on Biden’s part. He could not be more wrong.

Trump was the one who pulled out of Afghanistan. He reduced troop strength from some 14,000 to only 8500 in 2019. He made a peace treaty with the Taliban in February of 2020, in which he gave an iron clad pledge to get all US troops out of the country by May 1, 2021. You hear pundits say that the US troops had not been attacked lately. But that was why. The Taliban had a truce with Trump. By the way, Trump negotiated the surrender to the Taliban without so much as a by your leave regarding the Afghanistan government. They were not allowed to be at the table. Also, Trump said he thought the Taliban might take over the prosecution of the war on terror for us. Trump tried to order the US troops out of Afghanistan in October of 2020 by Twitter, but the Pentagon would not take the hint. The former president had it in his head that the withdrawal would be popular with the white working class resentful of spending money on foreign boondoggles and might help him get elected.

Biden postponed the US withdrawal from May 1 to August 31 without starting back up a war with the Taliban, but the latter warned that if he tried to stay later than that, they would go to war. We now know that they actually controlled most of the country by last summer, so if Biden had tried to stay, he would have had to fight the Second Afghan-American War. Given that 20 years of massive US support to the tune of $2 trillion had not produced a government or an army that could stand on their own feet, to go to war all over again in 2021 raises the question of “are you effing kidding me?” The NYT’s intrepid Azmat Zahra’s reporting on the massive unacknowledged civilian casualties of US air and drone wars has lessons for us about how the US was only able to stay in Afghanistan by bombing the bejesus out of the rural population year after year, which kept US troops from just being tossed out of the country but made the country’s population more and more determined to do just that.

But Naftali voiced the common wisdom among the chattering classes, slamming Biden for a situation that Trump created and not even once remembering that Trump hoped the Taliban would take up the war on terror for us.

It is like we had President Elmer Fudd and then we had a normal human being, and the pundits want Elmer Fudd back; he can’t shoot a rabbit to save his life, but by God he’s entertaining.

Then there is all the angst about whether Biden is being “weak” in facing Putin. If you read Fox News headlines you’d think “weak” was the president’s middle name. Biden on the contrary has been so firm with Putin that Putin has asked for a call today, Thursday, clearly concerned that the Ukraine crisis could get out of hand.

So let’s recall about Trump being Putin’s lap dog. The unrecorded conversations he insisted on having, with no US interpreter present (a breach of protocol). The way he kept telling his adoring cultist crowds that better relations with Russia would be a good thing. The time 2 years ago when CNN had the wit to observe 37 times Trump was soft on Putin are long gone. Trump said Putin did “an amazing job” taking over Crimea from Ukraine, and said people in Crimea were much happier this way.

Article continues after bonus video
CNN: “How Putin and Trump’s relationship developed over the years ”

Can you imagine the weeks-long piranha-like frenzy in the US press today if Biden had said something like that?

Trump met with a Russia delegation including Foreign Minister Sergei Lavrov and let them know that Israel had a highly placed spy in ISIL. Trump tried to invite Russia to the G7 meeting although any pretense that Russia is a democracy had long since been dropped, and he ordered the CIA to share intelligence with Russia.

Trump had all the spine of a garden slug in dealing with Moscow.So now Biden, who is tough and forthright with Putin, is being pilloried as weak?

And don’t get me started on the treatment of Biden’s pandemic response, in which he called out troops and the national guard and pulled out all stops to get 200 million Americans vaccinated, in the teeth of Republican opposition, and saved 1.1 million lives this year that otherwise would have been lost. Trump in contrast actively sabotaged the Covid response in 2020 and suggested people shoot up with chlorine, so that Deborah Birx suggested he killed off 130,000 to 160,000 people that hadn’t needed to die.

Biden like any other president should have his policies critiqued. That is the democratic task of the press, and I’m glad to pile on where I see bad policy. But Biden’s Afghanistan withdrawal was not an unforced error out of the blue, and he hasn’t been weak in dealing with Vladimir Putin, and his Covid response has been an amazing success, and you just would not know that from watching or reading news in America.