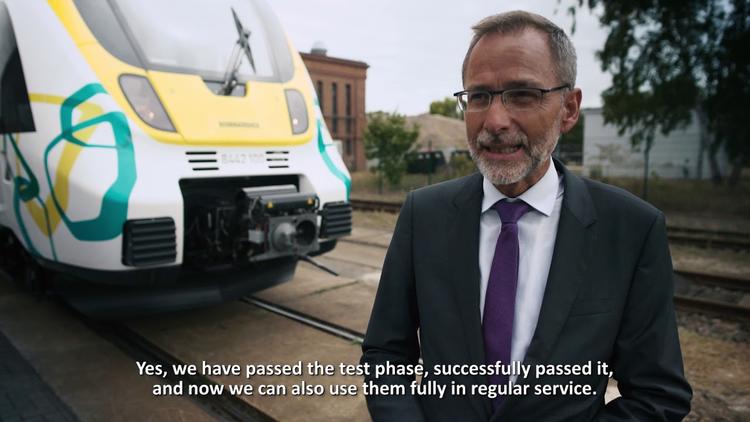 Test operation of the so-called Battery Electric Multiple Unit (BEMU) from Alstom would begin in late January on regional routes in the southern German states of Bavaria and Baden-Wurttemberg, Deutsche Bahn said. Alstom’s Müslüm Yakisan said the trial runs for the technology developed since 2016 would provide “important data” for the company to improve their battery-driven trains that could cover the routes in Germany’s rail network that have not been fully electrified yet.

Deutsche Bahn plans to become climate-neutral by 2040 and the company’s first battery-powered train would be a major step towards this goal, the railway company’s regional services head Jörg Sandvoß said. Trains fitted with a battery or later also with hydrogen-based engines will gradually replace the current fleet of trains with diesel engines, which is often much more economical than building overhead wiring on all routes.

Germany lags far behind other European countries in the electrification of its railway network, with only 61 percent of its railways electrified, a 2021 NGO analysis found. Railroad freight and passenger trains are seen as a key component for decarbonising the country’s transport sector and Deutsche Bahn received unprecedented state funding just before the coronavirus pandemic decimated passenger numbers to invest in more climate-friendly technologies.