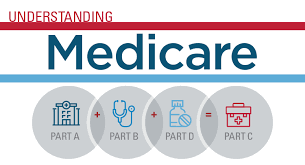 Gainesville, Florida (Special to Informed Comment) – ALERT TO ALL ENROLLEES IN THE TRADITIONAL MEDICARE PROGRAM : The Center for Medicare and Medicaid Services (CMS) plans to move all those in Traditional Medicare into a deceptively innocent “care relationship” with third party, for profit private middlemen without seniors’ knowledge or consent, and without congressional oversight. So far, more than 300,000 seniors in 38 states have been enrolled in the program. In developing this toxic privatization scheme, the CMS must have consulted with Shakespeare since we hear very strong echoes of Shakespeare’s, “Song of the Witches” (Macbeth: IV.i 10-19; 35-38):

Double, double toil and trouble;
Fire burn and caldron bubble.
Fillet of a fenny snake,
In the caldron boil and bake;
Eye of newt and toe of frogWool of bat and tongue of dog,
Adder’s fork and blind-worm’s sting,
Lizard’s leg and howlet’s wing,
For a charm of powerful trouble,
Like a hell-broth boil and bubble.

Double, double toil and trouble;
Fire burn and caldron bubble.
Cool it with a baboon’s blood,
Then the charm is firm and good.

Sly and devious, Shakespeare’s witches use riddles to give Macbeth a false sense of security. One riddle stated that he could “Not be slain by someone born of woman” later resulted in Macbeth’s death because he lacked a sense of caution/fear. By portraying themselves as having true vision and insight into the future, they sought Macbeth’s downfall by falsely convincing him of his great future as King of Scotland. Guiding Macbeth toward his fate using false security theatrics, the destruction of Macbeth was assured much to the smiling satisfaction of the three witches.

Just as Macbeth was convinced of security and success, so too does Direct Contracting(DSEs) assure that the stated aim is to bring ‘organizations that currently operate exclusively in Medicare Advantage (MA) into traditional Medicare, engaging the very MA insurers and investor-controlled provider firms that are driving the MA overpayments.

The founder of Just Care and highly respected health policy expert, Diane Archer, clearly explained how Medicare Advantage plans and new DCEs, in a recent Intercept article make money.“The way they make money is by spending as little as possible on patient care, while ensuring as best they can that they have all diagnoses possible for their enrollees in order to maximize government payments. The more diagnoses, the higher the government payments. Government payments are set upfront and unrelated to the cost or number of services people receive.”

Aside from the looting of public funds and the depreciation of care, the shift toward privatization has profound implications for the political economy of health care. Every new private equity or venture capital-backed firm that grabs a bigger piece of the health care market becomes an incumbent corporate stakeholder and a well-funded obstacle to public-minded reform efforts”.

The program titled the “Global and Professional Direct Contracting” model in a little-known government agency known as the Center for Medicare and Medicaid Innovation (“The Innovation Center”) is already moving (over 300,000 to date) Traditional Medicare seniors, without their knowledge or consent, to “risk-bearing,” for-profit middlemen known as Direct Contracting Entities (DCEs). The goal: to end what’s left of traditional Medicare as a public, non-profit social/health insurance program.

How do you get seniors who have specifically chosen traditional Medicare to switch to a non-traditional Medicare-Advantage-like plan with a mysterious name like “Direct Contracting Entity”? You don’t tell them! You lure their primary care providers to participate in a DCE by promising the doctors much better Medicare reimbursement rates and more time with their patients, and once the doctors sign up with a DCE, all their patients are automatically “aligned” by CMS with the DCE the doctor has chosen.

The DCE sends patients a letter they are likely not going to read or understand, and presto! Millions of seniors previously on traditional Medicare now belong to a DCE. That’s how DCEs leverage and monetize the doctor-patient relationship for the profit of private corporations, oligarchs and other Wall Street entities.

The DCE pilot program aims to enroll every Traditional Medicare beneficiary into a third-party “Direct Contracting Entity” (DCE). Instead of paying doctors and hospitals directly for care, Medicare gives DCEs a monthly payment to cover a defined portion of each seniors’ medical expenses, allowing DCEs to keep as profit what they don’t pay for in care. Virtually any type of company can apply to be a DCE, including commercial insurers, venture capital investors, and even dialysis centers. Applicants are approved by CMS without input from Congress.

Hapless Traditional Medicare beneficiaries are to be “auto-alligned” in DCEs if their primary care physician is affiliated with that DCE. CMS automatically searches two years of seniors’ claims history — without their consent or knowledge — to find any visits with a participating DCE provider as the basis for aligning them with that DCE. If left unchecked, DCEs could essentially privatize Traditional Medicare within the next few years.

Medicare’s other privatization project — Medicare Advantage — demonstrated that injecting a profit motive into patient care actually leads to higher costs for taxpayers, with tragic consequences for patients. Thousands of physicians, nental health professionals and other advocates have signed a petition calling for Secretary of Health and Human Services Xavier Becerra to halt the DCE program, provide real oversight of CMS’ Innovation Center, and protect Medicare for future generations.

Please join the fight against Medicare Direct Contracting by calling your member of Congress at (202) 224-3121 and asking them to demand HHS end this dangerous and insidious program; hold hearings on DCEs; and establish Congressional oversight of the Center for Medicare and Medicaid Innovation (CMMI), traditional Medicare. Lastly, re-read or see, “Macbeth”, as a refresher primer for better understanding of the 21st century.