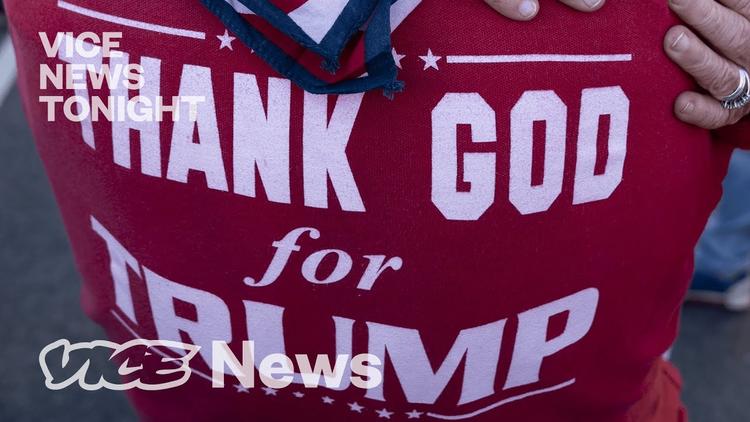 Oakland, Ca. (Special to Informed Comment) – At Christian Nationalist conferences , “ . . . resistance to Mr. Trump is tantamount to resistance to God,” according to New York Times writer Katherine Stewart. That accounts for the heavy presence of Christian symbols, crosses and Bibles, AND guns carried by rioters during the January 6 insurrection. The role of Christian Nationalism in the January 6 riots makes this a good time to discuss the role of religion in America. Christian Nationalists and nativists are working hard to turn the Big Lie of a stolen election into the “Official Truth.” The Bob Dylan song, “With G-d on Our Side,” has never been more poignant.

Republican senators whose lives were at risk that day, have accused President Joe Biden of “politicizing January 6,” most notably Lindsey Graham. Biden has not politicized the riot; rather, Graham and the flock are trying to mask the political and religious justification for same. Biden has called out those who tried to turn a perfunctory certification process into a coup d’état, and “resurrect a failed presidency.” They have it all backwards again. Graham characterized the push for voting rights legislation as, “a federal takeover of state-run election systems.” They’ll mischaracterize anything to stir the unwashed and unread masses into a riotous frenzy.

Article continues after bonus IC video
Vice: “Why So Many QAnon Believers Are Evangelical Christians”

The role of religion in America has evolved to a disturbing state, considering a tenant of the Founding Fathers was “freedom of (or from) religion.” While one segment of America is trying to make the rioters into martyrs and heroes, the legal sector of all levels of government is prosecuting them for their involvement. Fake news is at risk of becoming fake history – according to Smithsonian curators Jon Grinspan and Peter Manseau. Objections to teaching Critical Race theory in public schools are a symptom of right-wing and Christian Nationalist attempts to re-write history. Descendants of plantations owners who twisted the Bible as a justification for slavery, are now planning other violence “in Jesus’ name,” for the benefit of Donald Trump.

In her 1951 essay, “The Origins of Totalitarianism,” Hanna Arendt noted, “A mixture of gullibility and cynicism is prevalent in all ranks of totalitarian movements . . .” No human force makes people more gullible than religion. Trump’s effort to destroy democracy is abetted by numerous Evangelical pastors, who view him as a modern day King Cyrus II of Persia. Mike Pompeo tried to portray Trump not as King Cyrus, but as Queen Esther, valiantly saving the Jews from Iran! Has there ever been a more cynical misapplication of religion to justify evil? Republican Jews buy into this because it gives them cover for dismissing the claims and history of Palestinians. According to the Book of Isaiah 45, G-d chose King Cyrus II of Persia (600–530 BC) to liberate the Jews from bondage in Persia. A competing Biblical myth is that Queen Esther conned King Xerxes I into letting her people go about 100 years later.

Prof. Hamid Dabashi of Columbia noted in an Al-Jezeera article, “Some evangelicals, who support Zionism out of the belief that the Jewish migration to Israel would trigger the Second Coming have eagerly elevated Trump to the status of a biblical ruler. He, in turn, has happily obliged and made a number of political concessions to Israel, out of the rather worldly consideration that the evangelical vote could win him re-election next year.”

Throughout history religion has been used to unite, divide, manipulate, and punish people. My standing to discuss this? I’m a rabbinical school reject, having been told to “apply your considerable talents and abilities elsewhere,” when I applied to Hebrew Union College (HUC). The role of religion in government is troublesome. Israel is a Jewish nation, as it was founded by Jews for Jews in response to 1000 years of government-sanctioned persecution in Europe, and the Fascist-inspired Holocaust. But Israel is an ecumenical nation, as the home to precious sites for Islam and Christianity.

Though the United States was founded by mostly Christians, a guiding principle of the founding fathers was freedom FROM religion, in response to the persecution and dictates of the Anglican Church, and the power it wielded through the British Crown. Somewhere along the way, many Americans dispensed with the founding fathers’ “freedom FROM religion” concept when it suited their agenda.

Evangelical Republicans were angry at President Barack Obama for actions that offended their agenda – opposing the Defense of Marriage Act, allowing birth control in government health insurance plans, supporting gay marriage and flying the Rainbow flag over the White House. Subsequently or consequently, they welcomed Trump as their Savior from Obama, and have tried to elevate him to Biblical status. How blasphemous can you get? In that selfish, twisted context, Evangelicals saw Trump’s moral failings (brutal racism, sexism and cruel agenda) as humanized traits of an anointed leader. Now we have hypocrisy heaped on top of blasphemy, but so what? After Trump was elected, Evangelical leaders throughout the US declared Trump to be a Savior for a nation led astray by Obama. But unlike King Cyrus II, Trump didn’t liberate Jews to build the Second Temple, and has made numerous anti-Semitic comments, while conning Republican Jews into forgetting the dark side of Evangelical “love” for Israel – namely that it involves Apocalyptic visions of a world without Jews. Either we’re all being converted or going to hell. When people argue about who loves Israel more or who loves Jesus more, it can never be good. This creates a slippery, subjective threshold for good, not good enough and bad.

We expect integrity and consistency from our spiritual leaders. As a rabbinical school reject, I’ve never been one to suffer phony rabbis. I call them out! I’ve had a lifelong dialectic with the rabbi who gave me Bar Mitzvah training, and is considered an icon in my hometown. When Southern Baptist, Moral Majority leader Rev. Ed McAteer went on TV in the 1990’s to declare that, “G-d doesn’t hear the prayers of Jews,” that rabbi called him out loud and clear in a Friday night sermon. But two years later, he honored the SAME Rev. Ed McAteer as a “Friend of Israel” during a Temple event. When I challenged the rabbi on that, he gave me a dirty look, “turned” his back and walked away. He didn’t enjoy being reminded that the Evangelical “love” for Israel is dependent on their apocalyptic vision for a world without Jews.

One of the most profane abuses of religion occurred when Donald Trump donned a kippah (yalmuke) and made a campaign appearance at the sacred Western Wall of the 2nd Temple in Jerusalem – “The Wailing Wall.” Here was the modern day King Cyrus USING one of our most sacred sites as a campaign prop, with the blessing of PM Benjamin Netanyahu.

Lance Wallneau is the American Evangelical leader who “anointed” Trump as the modern day Cyrus II. In the 2018 film The Trump Prophecy, produced by Jerry Falwell’s Liberty University he argues, “I believe the 45th president is meant to be an Isaiah 45 Cyrus,” who will “restore the crumbling walls that separate us from cultural collapse.” Because Christian Nationalism is predicated on some deeply twisted ecclesiastic concepts, it is toxic.

Religion and nationalism has been a toxic mix for centuries. Their current nexus in American politics may be the most direct threat to American Democracy in the history of the Republic. Christian Nationalist leaders have conned their flock into believing that any news source not vetted by the Christian Right is not credible. The fervor of the January 6 insurrection was fueled by false claims of Christian persecution and oppression. Anything contrary to their belief system and political agenda is considered a lie and evil force that must be defeated. Thus, overturning the 2020 Election results assumed the tenor of a manufactured Holy War. This is what we’re up against.