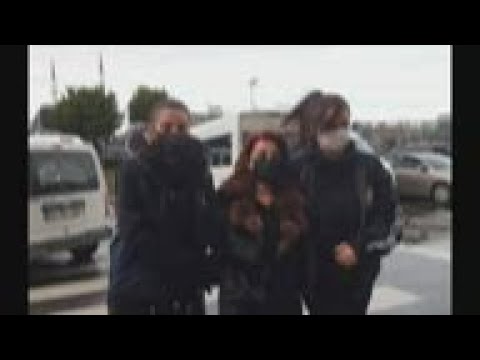 On January 22, 2022, an Istanbul court charged Turkish freelance journalist Sedef Kabaş with insulting President Recep Tayyip Erdoğan based on her comments as a guest during a political talk show, according to news reports. Kabaş was arrested from her house after midnight and jailed as a “flight risk,” the reports said.

On January 14, 2022, Kabaş said on “The Arena of Democracy” show on pro-opposition TV channel TELE1, “When cattle enters a palace, it does not become king but the palace becomes a stable,” during a discussion about Erdoğan. Kabaş said she was using a proverb and changed it, from ox to cattle, and therefore did not mean to insult the president, according to reports.

Turkey’s telecommunications watchdog RTÜK fined TELE1 for the episode for “inciting hatred” and banned the show from broadcasting for five episodes, according to reports.

“Sedef Kabaş’s arrest for her comments on live TV is as unacceptable as the fine and ban issued to TELE1,” said Gulnoza Said, CPJ’s Europe and Central Asia program coordinator, in New York. “Turkish authorities should pay more respect to the freedom of speech and try to be more open to criticism. Kabaş should immediately be released, and the authorities should drop the charge against her, alongside canceling the fine and ban issued to TELE1 TV.”

Kabaş appears frequently on political talk shows at Turkey’s remaining opposition television stations and is well-known as a former television host. She currently runs Sedef Kabaş TV, a YouTube channel, with 87,000 followers, in which she discusses politics with her guests. Kabaş also has over 899,000 followers on Twitter.

The journalist’s lawyers have objected to the arrest order, according to reports.

A conviction for insulting Turkey’s president can carry a sentence of up to four years in prison, with an added penalty if the insult was made in public, according to Article 299 of the Turkish penal code The European Court of Human Rights has called on Turkey to change the law.

Between 2014 – when Erdoğan became president – and October 2021, 160,169 cases were investigated under Article 299, with 35,507 cases going to trial and 12,881 convictions, according to Justice Ministry data cited by Reuters. Erdoğan’s “insult” cases reach beyond the borders of Turkey, including the president suing the Greek newspaper Dimokratia and French cartoon magazine Charlie Hebdo, as CPJ has documented.

CPJ emailed the Istanbul chief prosecutor’s office and RTÜK for comment but did not immediately receive any reply.