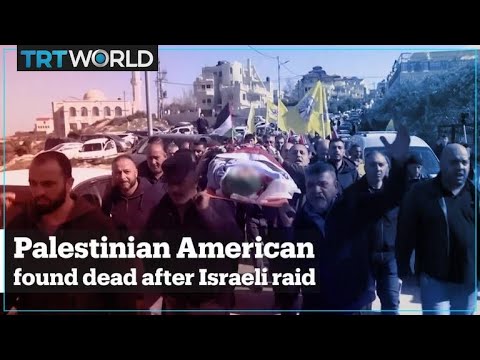 Ann Arbor (Informed Comment) – Last week was another in a long line of public relations disasters for the Israeli state, as its unacceptable military occupation of millions of stateless Palestinians continues. It isn’t just that the Palestinians are deprived by Israel of basic human rights. Israeli policy is to strip from them in piecemeal fashion their land, property, dignity and identity.

The autopsy came back on Omar Abdulmajeed As’ad, a 78-year-old American who for decades owned a grocery store in Milwaukee. As’ad had come back for his retirement to the hamlet where he was born, Jiljiliya, in the Palestinian West Bank, which is occupied by Israel and intensively patrolled by its colonial shock troops.

As’ad appears to have been arrested on Wednesday for driving while Palestinian and for declining to go along quietly when the Israeli troops “checked” him. They took him to a building under construction. They blindfolded him so tightly that his eyes bled on his eyelids. They cuffed him with zip ties so tightly that it left his wrists raw. Palestinian eyewitnesses said they beat him, and he had abrasions and bruises on his head. He abruptly slumped to the ground and was unresponsive, according to the Palestinians who were there. They said he was not sitting up in a chair when the soldiers left, according to Bethan McKernan at The Guardian.

So the Israeli soldiers became alarmed and called for an ambulance, right?

They left him there sprawled on the ground. Abandoned him.

This was the military Occupation version of a hit and run.

Their brutal treatment of this old man induced a heart attack, and they left him there to die instead of giving him first aid.

Because Mr. As’ad was an American, the US State Department politely asked for a “clarification.”

If Iran had done this to an American it would be on cable news 24/7 and dire threats would be made. Israel? We send them $4 billion a year of your money.

The soldiers responsible will not be disciplined, the Israeli military says, because they followed standard procedure.

Standard procedure. And it is. Mr. As’ad was treated just the way Palestinians under Israeli military Occupation are treated every day. They are constantly patted down and subjected to checkpoints that prevent them from getting easily to other parts of the West Bank, sometimes to the hospital. Palestinian children are born in cars while Israeli troops hold up the frantic parents at checkpoints. Their houses are invaded, their land taken. Some of them who have health conditions die of this mistreatment. Too bad.

Mr. As’ad had lived his life in America, and knew his rights. Except Palestinians, even American ones, have no rights. Refusing to accept this state of affairs is what killed him.