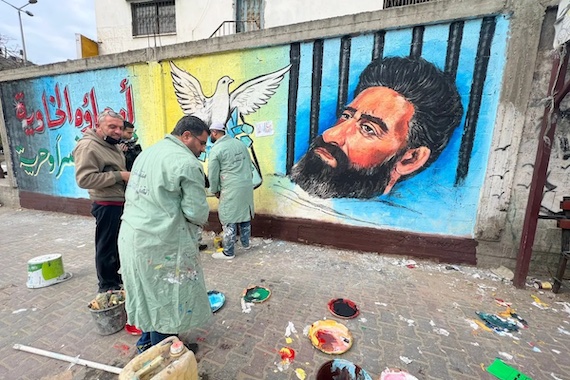 ( Middle East Monitor ) – After 141 days on hunger strike in an Israeli prison, Palestinian prisoner Hisham Abu Hawash has agreed a deal with the occupation authorities that his administrative detention will end on 26 February. The Detainees and Ex-Detainees Affairs Commission announced the deal between Abu Hawash and the Israeli occupation authorities, but did say what led to the agreement or who played a role in it.

Father of five Abu Hawash, 40, is from Dura, south of Hebron in the occupied West Bank. He was detained on 27 October, 2020, and was immediately put under administrative detention for six months. Facing neither charges nor a trial his detention order was renewed several times, prompting him to go on an open-ended hunger strike in protest.

The most important fact in his case is that the Israeli authorities agreed on his release against their wishes. Neither the politicians nor the military wanted him to be released. They waited for him to end his protest, but when his health condition deteriorated critically and he was on the verge of dying, they accepted that he preferred death over administrative detention. So why didn’t Israel just let him die? 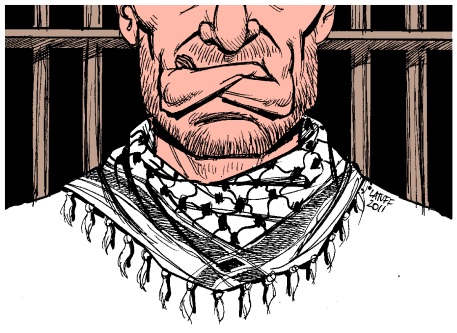 Palestinian news agency Wafa reported that the Israeli authorities came under massive pressure from the Palestinian Authority to release Abu Hawash. PA President Mahmoud Abbas and the head of the General Intelligence Service, Majed Faraj, are said to have made intensive representations to the Israelis for his release.

However, Israeli journalists dispute this. Although the PA should have played a major role in getting Abu Hawash released from prison, I doubt that it did. The evidence for this is the PA’s own detention of Ziad Al-Kilani, a Palestinian from Jenin who was released recently by Israel. With their own prisons full of Palestinian political prisoners, many of them ex-prisoners of the Israelis, why should Abbas and Faraj seek to have Abu Hawash released?

Commenting on the reports about Abbas’s involvement in the deal to release Abu Hawash, former West Bank hunger striker Sheikh Khader Adnan said, “If the PA’s political pressure is effective, it should seek the release of Marwan Al-Barghouti or hunger striker Naser Abu Hamaid, who is on the verge of death.” Adnan added that if the PA is able to do anything at all, it should at least push Israel to end the isolation of the Palestinian prisoners in Al-Ramla Prison.

Immediately following the announcement of the deal between Abu Hawash and the Israeli occupation authorities, the Times of Israel reported that his marathon hunger strike attracted intense interest from Palestinians as well as international pressure on Israel. UN Spokesman Stephane Dujarric welcomed the deal, and said, “We have always made it clear that detainees must be tried according to legal procedures or released.”

Israel did not want to release Abu Hawash precisely because it will now come under more pressure to release prisoners held without trial under the archaic administrative detention system. Moreover, the government will be condemned by extreme right-wing Israelis for buckling under pressure from “terrorists”. On hearing about the deal, one extremist member of the Israeli parliament, Itamar Ben-Gvir, stormed into the hospital where Abu Hawash is being held and tried to attack him.

Israeli public broadcaster Kan reported that threats from Gaza prompted the Public Prosecution Service to agree on Abu Hawash’s release on 26 February. According to Israeli journalist Gal Berger from Kan, “The release of Abu Hawash reiterated the connection between Gaza and the West Bank.”

Well-respected columnist Gideon Levy of Haaretz told me that Israeli did not want Abu Hawash to die. “They know that this would cause more unrest in the West Bank and rockets from Gaza,” he explained.

The Israeli government, said Meron Rapoport from +972 magazine, reiterated to me that Israel did not want a dead prisoner. “It seems that the release of Abu Hawash was related directly to Gaza, but Israel always gives up at the last moment.”

The PA may be trying to claim the credit for the end of Abu Hawash’s hunger strike and his release next month, but it shows itself up by doing so. If Abbas and Faraj think that political prisoners should be released, then they should empty the PA’s own prisons of every member of every resistance faction. The fact that they won’t tells us all we need to know about their real intentions.