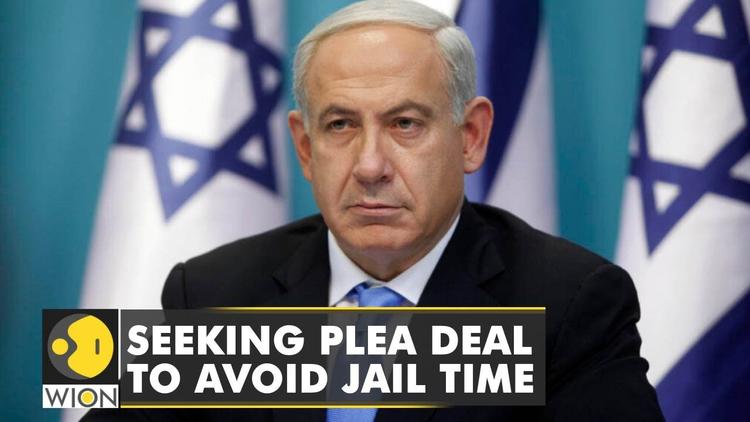 ( Middle East Monitor ) – Israeli parties have witnessed successive developments recently, including the likelihood of a political explosion following a possible deal with Leader of the Opposition and head of the Likud party, Benjamin Netanyahu. This will have a direct impact on the party itself, and on the government, with the possibility that the government coalition may collapse. In addition, the Likud is expected to start a battle for finding a successor for Netanyahu, and prominent right-wing figures may try to lead his parliamentary bloc.

At the same time, the circles of Attorney General, Avichai Mandelblit, who oversees Netanyahu’s case, the police investigations with him and his political future, confirm that the promised deal, which involves Netanyahu’s guilty plea, may mix the cards, and topple the government headed by Naftali Bennett. This, in turn, opens the door wide for several possible scenarios in the event of a dramatic acquiescence deal. The more reports there are about concluding a possible deal with Netanyahu, the more fears grow for the future of the government itself.

In case Netanyahu gets what he wants from the deal, he will retire from political work, at least temporarily. In such a case, it will be imperative for the Likud to determine its position of the continuation of the government’s work in its current formation. Several scenarios may surface afterwards. Details of the potential deal include dropping the bribery charge, in exchange for Netanyahu pleading guilty to fraud and breach of trust charges. He then would be sentenced to three months of public service and would have to resign from the Knesset.

Being a central character, Netanyahu’s exit from the political scene, albeit temporary, may contribute to the disassembly of the Likud that he leads, and the possibility of its members scattering all over the other political parties, albeit gradually. At the same time, members of the ruling government coalition will no longer fear any threat because Netanyahu personally, and not Likud in general, represented an existential threat to the continuation of their work.

At the same time, the potential deal with Netanyahu, and his possible removal from the scene, may result in an emerging necessity enabling all parties in the coalition to return to their ideological bases, considering they came from various ideologies to form a coalition whose main goal at the time was to overthrow Netanyahu. In this case, the gaps between them will grow, which could lead to the dismantling of the fragile structure of this government. In other words, this means that it may be time to form a government from most of the parties with a right-wing majority, currently present in the Knesset.

Within the Likud itself, the promised deal will intensify the succession battle that began under the surface since the filing of the indictment against Netanyahu. This battle is expected to intensify within a party that has agreed for more than 15 years on one single leader. Nir Barkat, Israel Katz, Yuli Edelstein, Miri Regev and Gilad Erdan, consider themselves possible successors to Netanyahu, although choosing any of them will mark the beginning of a new era and, at the same time, will raise questions about the future of the party itself.

Israelis believe that they are facing a deal that looks like a gamble; no one knows how it will end or what its inherent dangers are. Since accusations of corruption, fraud, bribery and breach of trust against Netanyahu began, the political situation in Israel has changed. The “accused” has tried four times to form a coalition to get himself out of the trial but, in the end, he failed in his attempts. At the state level, a deal of this kind would bring disaster, especially after exposing the interference of a number of poles of the legal and judicial system in concluding it, despite their certain knowledge that the deal created a reality that deprives all its parties of the moral basis for signing it.

The strange thing is that the Israeli legal authorities would make a deal with Netanyahu, who set a precedent in Israel by directing harsh accusations against the law enforcement agency, claiming that it is exercising political persecution against him, laying fabricated accusations and carrying out a coup against him. He and his team did not hesitate to accuse certain people in the police and the prosecution, including public figures, all the way to accusing the entire institution of criminal conspiracy.

It is true that many Israelis yearn for the moment when Netanyahu will go to prison. Even though the actions Netanyahu will be asked to admit through the promised deal prevent him from returning to political work, this deal does not require that he or his wife return the money and benefits they received. It does not ask for his unequivocal commitment to being absent from the public arena for the next seven years, which are the years of shame, even though Netanyahu will do everything in his power not to admit to the crimes for which he will be condemned.

At the same time, while right-wing voices that see this deal as the least bad option are rising, the left and centre consider it a free gift to corruption, and prior immunity for anyone who violates the law, abuses influence or commits the crime of treason, fraud and bribery, knowing that a deal will be waiting for him one day, similar to the precedent set by Netanyahu these days.

It seemed difficult for Israelis to talk about Netanyahu’s deal without highlighting the fear of a number of its senior leaders of losing what they called the “model society” established by the founders of the state, such as Herzl and Ben-Gurion, which is considered a necessary condition for Israel’s long-term existence. Today, some of the corrupt are wearing the power of the authority in the state, and they use it to exonerate themselves.

The result is that, today, the Israelis suffer from those who are corrupt but still at the top. This means that the rampant corruption we see today is considered a warning sign for the future of the Zionist project, according to Israeli fears. Israel is facing a real and imminent danger of losing its character, and it has shamefully surrendered to the blackmail and threats that Netanyahu practiced on its judicial and legal system, in a morally humiliating manner. In the end, he may succeed in exonerating himself from the torrent of accusations he has faced over the past years, which were enough to get him to spend the rest of his life behind bars!