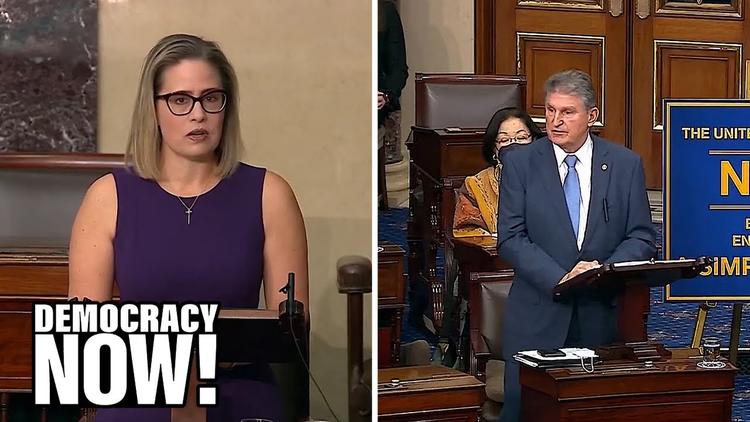 Oakland, CA (Special to Informed Comment) – In this Brave New World of evolving lexicons, “gerrymandering,” a dirty word to begin with; has become a euphemism for “vote-rigging.” Lessons learned in high school Civics classes about the electoral and re-districting processes are now quaintly outdated, as Republican-dominated state houses do all they can to ensure their ongoing rule in various states.

One of the most brazen recent examples is in Tennessee, where the Republican-dominated legislature recently proposed re-districting Nashville and Memphis, to break up their solidly Democratic congressional districts, and conjoin them with white suburban and rural areas to create new Republican majorities. https://dailymemphian.com/section/metrostate-government/article/26677/redistricting-tennessee-legislature-district-lines-us-house-of-representatives?utm_source=email_edition&amp;utm_medium=email&amp;utm_campaign=morning_2022-01-25

This change means that Rep. Steve Cohen (D-TN) and Jim Cooper (D-TN), who represent Memphis and Nashville respectively, will have to face Republican challengers with the support of tens of thousands of newly anointed Republicans in their re-districted constituencies. They are the only two Democrats in the Tennessee congressional delegation, after Democrats in Chattanooga and Knoxville were gerrymandered out in prior campaigns.

The same thing already happened in Michigan, Wisconsin and Pennsylvania, which enabled Donald Trump to win in 2016, despite Republicans being a minority in those states. Similar efforts are underway in North Carolina, Texas, Ohio and of course Georgia. https://www.theguardian.com/us-news/ng-interactive/2021/nov/12/gerrymander-redistricting-map-republicans-democrats-visual According to the Brennan Center for Justice, 20 states have enacted 34 laws intended to make it harder for minorities to vote.

The sabotage of the John Lewis Voting Rights Act and Freedom to Vote Act by Democratic Senators Kyrsten Sinema (D-AZ) and Joe Manchin (D-WVA) may be the death knell of free and fair elections in the United States. Sinema put on one of the most foul and disingenuous displays of phony indignation, when she tacitly endorsed the importance of free and fair elections, but then launched into an ugly rant about how important the filibuster is to preserving the integrity of the Senate, and therefore Democracy in America.

Oh please girl; you’ve got it all backwards. The filibuster has been used as an opaque cover to suppress minority voting rights since before Martin Luther King, Jr. called it out in 1963 saying, “I think the tragedy is that we have a Congress with a Senate that has a minority of misguided senators who will use the filibuster to keep the majority of people from even voting.” Nearly 50 years later, we’re back to Square One in the wake of Donald Trump’s presidency. His legacy was the “all-clear” signal for bigoted people in America to come out, and act out all their repressed fantasies and frustrations since the original VRA passed in 1965.

Republicans, with the support of Manchin and Sinema, have characterized (slandered) the national effort to secure elections as “federal interference in state run elections.” That “states’ rights” thing is a slippery slope. States that used to argue for preservation of slavery, then Jim Crow and other oppressive legislation, now argue it is a state’s right to decide which sectors of a city or county may vote freely. The Justice Department got involved in local elections under Attorney General Robert Kennedy in the early 1960’s. The original Voting Rights Act of 1965 mandated Justice Department “pre-clearance” (approval) of any changes to everything from the number of polling places, hours of operation and other metrics.

The intent of the Lewis and Freedom to Vote Act is to overturn newly enacted voter-suppression laws in Republican states, by implementing new national standards that prevail over these state laws, designed to suppress minority voting. It would also restore the ability of the Justice Department to monitor and police states with histories of discrimination, which was wiped out by the Supreme Court in 2013 with their in Shelby County vs. Holder decision, and last year with Brnovich vs. the Democratic National Committee. The Freedom to Vote Act would expand voter registration efforts and better ensure voting access, while making it harder to remove voters from the eligibility list. It would also make Election Day a federal holiday.

Sinema earned praise from Senate Minority Leader Mitch McConnell for her phony indignation in support of McConnell’s Black vote suppression agenda. He said, “It was extraordinarily important and [Sinema] has, as a conspicuous act of political courage, saved the Senate as an institution.” Oh please! As if preserving a legislative tool designed by and FOR the comfort of slave-driving plantations has equal importance to the sacred right of all Americans to vote in free and fair elections.

Dispensing with the filibuster will not compromise the “Senate as an institution.” It will only increase the possibility of bringing in more thoughtful women and POC’s into that aging White Man’s Club, and that is what McConnell and Trump are fearful of. McConnell wants to preserve the Senate’s right to manipulate which SCOTUS nominees even get a hearing, and which nominees can be bulldozed through against other Senate customs and rules. It’s another vertigo-inducing rabbit hole, where anything not backwards is upside down.

Previously, I discussed the Republican “business plan” to stock local offices, state election boards and secretary of state offices with candidates loyal to Trump’s Stop the Steal madness. https://www.juancole.com/2021/12/insurrection-republican-government.html Trump still OWNS the Republican Party, where devotion to the Stop the Steal myth is a requirement for any Republican running for public office at any level. Honest Republicans, a vanishing breed, have been tormented and punished by Trump for upholding election results and refusing to cave to his intimidating demands such as, “find 11,700 votes.” Trump has prompted death threats against honest public officials who refuse him, and mustered an army of millions determined to rig state and local elections in perpetuity.

The current Supreme Court has been a willing accomplice to voter suppression efforts in recent years, most notably with the 2013 decision on Shelby County vs. Holder in North Carolina. The crux of Shelby County vs. Holder was that Section 4(b) of the 1965 VRA was unconstitutional because the formula was based on 40 year-old data. Sadly, the prompt for challenging the 1965 VRA never abated, and has escalated with the Stop the Steal fictions. The VRA of 1965 came about during a violent and dramatic time in American History. President Lyndon Baines Johnson signed it into law that August, to expand, protect and enforce the protections established by the14th and 15th Amendments. That legislation was a direct response to the violence of that summer, which saw four black girls murdered in the bombing of a Black Birmingham church.

In July 2021, the Supreme Court made it even more difficult to challenge laws that suppress voting rights under Section 2 of the VRA, with their Brnovich v. Democratic National Committee decision. In that ruling, the Court literally moved the goalposts back, creating new guidelines for determining Section 2 claims. The new SCOTUS standard used data from 1982, when Section 2 was last amended, to argue that Arizona offered more voting opportunities in recent years than 1982. This ruling ignored more current and cogent data, such as the number of polling places recently closed in minority areas and other brazen discrimination.

The John Lewis Voting Rights Act would renew and strengthen the VRA with stronger legal protections against discriminatory voting policies and partisan redistricting. It would restore what the Supreme Court struck down in the 2013 Shelby County decision, by creating a new formula to determine which jurisdictions with a history of voting discrimination are subject to preclearance by the Justice Department. It would also add a practical coverage element, giving the Justice Department expanded jurisdiction in areas with a history of voting discrimination. Finally, it would also restore the original Section 2 provision of the 1965 VRA, in response to Brnovich, namely the right to issue legal challenges to visibly discriminatory voting practices in states with a history of same. This is what Senators Manchin and Sinema are resisting with greater force than the vortex of Republican hysteria.