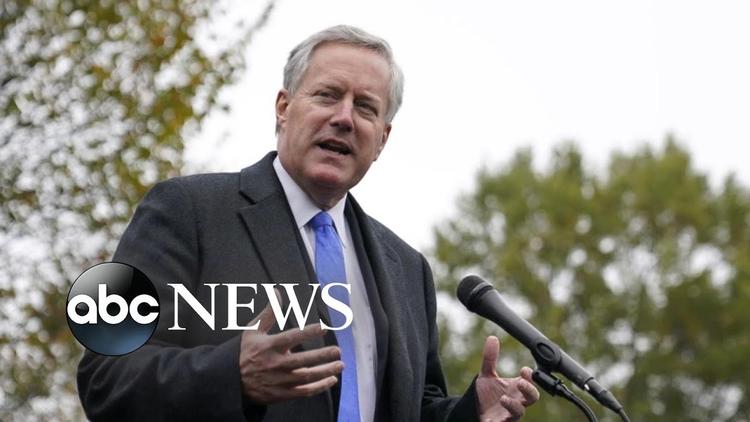 Oakland, Ca. (Special to Informed Comment) – The Republican Party was once an honorable organization. When Dwight D. Eisenhower was president, its platform included protection for refugees, expanded social services and social security, unions’ right to organize, secure unemployment benefits and supports to secure the agricultural sector. More than sixty years later, Republicans are trying to end democracy as we know it, and install permanent, single party Republican rule. With strong financial backing, election deniers are running for local offices throughout the country.

The January 6 insurrection has morphed into a nationwide, grass-roots effort to rig elections and judicial posts at all levels. Now the January 6 Select Committee led by Rep. Bennie Thompson (D-MS), has found deeper connections to the Trump White House and the Republican Party than previously known. In the days leading up to January 6, Trump’s former Chief-of-Staff Mark Meadows gave audience to people such as retired army Col. Phil Waldron, who were scheming to keep Joe Biden from becoming president. Waldron created a Power Point presentation laying out talking points for preventing the Electoral College vote count and keeping Trump in office. He also urged Mike Pence to reject electors from “states where fraud occurred.”

Along with Trump campaign fundraiser Caroline Wren, grocery chain heiress Julie Jenkins Fancelli financed the insurrection and is desperately trying to avoid accountability before the select committee. Her family’s Publix Grocers has already dissociated itself from her. Wren raised the rest of the money, which was used to lodge and transport the insurrectionists. The select committee followed the money, and it lead to her.

Many states are passing laws to ensure Republican control of city, county and state election boards, city councils, county supervisor boards and judicial posts. The raging constitutional crisis in Washington is seeping down to the lowest levels of local government. Referring to the crisis as a “Five-Alarm fire,” Michigan’s Secretary of State Jocelyn said, “If people in general, leaders and citizens, aren’t taking this as the most important issue of our time and acting accordingly, then we may not be able to ensure democracy prevails again in ’24”.

Trump himself said, “If we allow vote by mail, Republicans will never win another election in this country.” How telling and candid is that: “We can’t win unless we cheat, and we have to get better about not getting caught.” Today’s Republican Party is openly Fascist; they’ve already checked most, if not all of the boxes. The “stolen election” is now a tenet of Republican orthodoxy, along with climate denial and abortion denial. At least 60 percent of them believe the 2020 election was stolen.

Honest election officials such as (Democratic) Secretary Benson and (Republican) Georgia Secretary of State Brad Raffensberger are the main targets of these efforts to stock local offices with partisan devotees of the “Stop the Steal” movement. The concept of “non-partisan elections” for school board, secretary of state, judicial positions and local governance is under siege. Charles Homans of the New York Times points out that, “Mr. Trump and his allies, fuming over his loss in 2020, portrayed a handful of swing-state secretaries of state as supervillains, often wielding false claims of election malfeasance against them.” Non-partisan office holders such as Benson and Raffensberger have been targeted by Trump as demonic villains, and endured death threats and demonstrations at their private homes.

Much of “intellectual cover” for Trump’s insurrection and defenestration of Benson and other honest public servants, comes from the Claremont Institute (CI), in Upland, CA. Among the dystopian concepts they champion, is the idea that ALL universities are controlled by left-wing extremists. Their gospel also includes:

-Political correctness is based on Marxism-Leninism.

-Vice President Kamala Harris is not a legitimate American.

-Birthright citizenship (enshrined in the 14th Amendment) is not valid.

-Multiculturalism will destroy America and our “way of life.”

Each of those elements is alleged to be a threat to Western Civilization. Others see these self-appointed guardians as an existential threat to Western Civ. It was founded by devotees of Harry Jaffa, who was an adviser to Senator Barry Goldwater’s 1964 presidential campaign, and coined the phrase, “Extremism in the defense of liberty is no vice.” In this context, extremism means liberty for whites only. They promote these far-right values in collaboration with the Richard Scaife Foundation and David Horowitz Freedom Foundation. Claremont extremism is reflected by their supporting the notorious Pizzagate conspiracist, Jack Posobiec with a fellowship. The heart of their ideology is white replacement theory, the fear that black and brown people are replacing whites and endangering civilization. It is chilling to recognize that the same phrenology-eugenics mindset depicted in Django Unchained is alive and well among Southern California intellectuals. Perhaps it’s more disturbing when promoted by Miller and other Jewish people.

To Republicans, rigging elections in their favor is a “life-or-death” matter, while Democrats have not come to terms with the stakes. Some Democrats, including Joe Manchin and Kirsten Sinema, are still trying to make themselves over into something palatable to today’s Republicans, as if they are dealing with fair-minded “Eisenhower Republicans.” This is a different political animal, and more dangerous than even Reagan, Nixon and Bush Sr. and Jr. could have envisaged.

The cultural phenomenon of Trump is a consequence of decades of toxic “scholarship,” led by the Claremont Institute and like-minded organizations. Claremont Fellow John Eastman was a keynote speaker for Trump’s pre-insurrection rally at The Ellipse, arguing that the Georgia Senate election had been rigged. He and Waldron spent January 5 trying to convince Mike Pence that he had the authority to overturn the 2020 Election as President of the Senate. This forced Eastman to resign from his tenured positon at Chapman University Law School, and earn persona-non-grata status at the University of Colorado, where he also had tenure.

Along with climate and abortion denial, book banning, gerrymandering and voter suppression; questioning the legitimacy of any election they don’t win is now a tenet of Republican orthodoxy. Just as they financed the January 6 insurrection, wealthy Republicans are financing the local campaigns to oust any public official not loyal to Trump and Stop the Steal. Eisenhower’s Republican Party is dead, and the GOP has now embraced the very fascism Eisenhower defeated as Supreme Allied Commander in 1945.

Jan. 6 committee to vote to hold Meadows in contempt of Congress l WNT