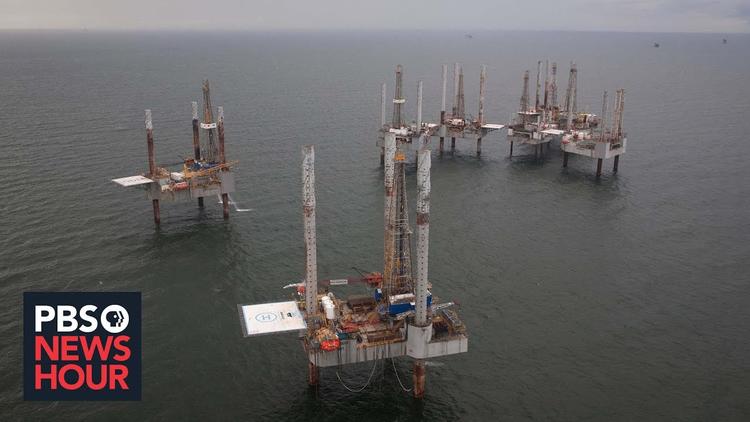 “The Biden administration must end new leasing and phase out existing drilling,” said one advocate. “Anything less would be a gross failure of climate leadership.”

A federal judge late Thursday blocked the Biden administration’s massive oil and gas lease sale in the Gulf of Mexico, a significant win for environmentalists as they work to prevent the Interior Department from handing public lands and waters over to the fossil fuel industry.

In his 68-page decision (pdf), Judge Rudolph Contreras of the U.S. District Court in Washington, D.C. wrote that the Biden administration violated federal law by not adequately accounting for the emissions impact of the sale, which would have been the biggest offshore oil and gas lease sell-off in the country’s history.

“This is a huge victory for our climate, endangered whales, and Gulf communities.”

Climate groups characterized the sale—held just days after the COP26 summit in Glasgow—as the equivalent of “lighting the fuse of a massive carbon bomb.”

“The Department of the Interior acted arbitrarily and capriciously in excluding foreign consumption from their greenhouse gas emissions calculation,” Contreras, an Obama appointee, found.

The Biden Interior Department, which now must conduct a fresh environmental review, had relied on an analysis completed under the Trump administration, which was teeming with allies of the fossil fuel industry.

Brettny Hardy, senior attorney for Earthjustice—a group that sued the Biden administration over the lease sale—applauded the judge’s decision Thursday and said that “we simply cannot continue to make investments in the fossil fuel industry to the peril of our communities and increasingly warming planet.”

“Interior should use its next five-year leasing plan to protect our coastal communities and public waters and offer no new offshore leases,” Hardy added. “We can no longer afford to do anything less.”

On the campaign trail, President Joe Biden pledged to ban new oil and gas leasing on federal lands and waters, a promise that climate advocates cautiously applauded while demanding more ambitious action. One of the first executive orders Biden signed as president directed the Interior Department to pause all new oil and natural gas leasing on public lands and offshore waters.

Around a quarter of all U.S. greenhouse gas emissions—which Biden has promised to slash—come from fossil fuel extraction on public lands.

Administration officials insist they’ve been hamstrung by a Trump-appointed federal judge who, in a June ruling, blocked Biden’s temporary pause on new drilling leases. But climate groups argue the judge’s order did not require the administration to move ahead with the huge lease sale in the Gulf of Mexico—a conclusion echoed by the Biden Justice Department.

Following Contreras’ ruling on Thursday, Kristen Monsell of the Center for Biological Diversity said she is “thrilled the court saw through the Biden administration’s horribly reckless decision to hold the largest oil lease sale in U.S. history without carefully studying the risks.”

“This is a huge victory for our climate, endangered whales, and Gulf communities,” said Monsell. “New oil leases are fundamentally incompatible with addressing the climate emergency, and they’ll cause more oil spills and harm to wildlife and people in the Gulf.”

“For the sake of our climate and frontline communities,” she added, “the Biden administration must end new leasing and phase out existing drilling. Anything less would be a gross failure of climate leadership.”

Jake Johnson is a staff writer for Common Dreams.