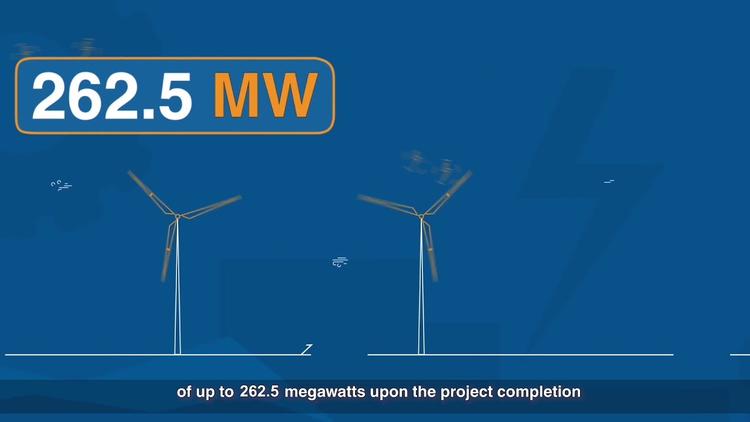 Ann Arbor (Informed Comment) – Ghada El-Gendy, the Executive Director of the Arab Renewable Energy Company, said Friday that Egypt has plans to increase the share of renewables in its electricity production to 42 percent by 2035. At the moment, most of Egypt’s power plants run on methane gas or petroleum, and only 12.5 percent of the country’s electricity is from renewables.. Egypt is has one of the highest potentials in the world for solar power production, given that it is sunny most of the time.

Egypt is one of the countries most vulnerable to global heating. Much of the low-lying Nile delta will face flooding if the Mediterranean rises four to eight feet by the end of this century, and the country is already seeing more powerful storms and coastal storm surges.

The country had a goal of producing 20 percent of its electricity from renewables by 2022, but it appears slated to miss that mark.

Egypt has agreed to lay underwater transmission lines to Cyprus and then on to Greece, hoping to become an energy hub for Europe. At the moment, its methane gas is most attractive, but its solar potential is being eyed for future electricity production. Egypt not only gets 12 hours of sunlight virtually every day, it has vast deserts where solar panels can be installed without taking away from productive land. That is, southern Europe also gets a lot of sunshine, but solar panels are bulky. Egypt has advantages on both scores. The European Union’s carbon reduction targets will eventually make Egyptian gas unattractive, and the country may be led to move more quickly to renewables for the sake of this potential export market.

Egypt Today reports that foreign direct investment in new and renewable energy projects in the country rose to $3.5 billion in 2021, double the previous year. Nearly four-fifths of that money went into wind farms in the Gulf of Suez or along the Red Sea coast, while 22% of the money was invested in solar facilities.

Last year, a British company brought a 250-megawatt wind power plant into operation in the Gulf of Suez.

Wind power and solar power each now generate about a third as much as hydroelectric. Egypt gets 14,000 gigawatt hours of electricity from the Aswan Dam hydroelectric facility.

Some of Egypt’s reorientation away from fossil fuels is driven by international investment, both private and public. The European Bank for Reconstruction and Development (EBRD) invested
nearly $10 billion in 145 projects in Egypt last year, half of the money being dedicated to sustainable infrastructure.

Solar energy is being tapped to help with the powering of new desalinization plants, which Egypt will need as the Nile water flow is reduced by the Grand Renaissance Dam project of Ethiopia upriver from Egypt.

Egypt’s new goal is not very ambitious, since Morocco has already reached 42 percent renewables. What is notable is that its government announced such a goal despite its own gas industry and its heavy dependence on aid and investment from the Oil Gulf. Even Cairo’s famously bureaucratic bureaucrats can see the writing on the wall.