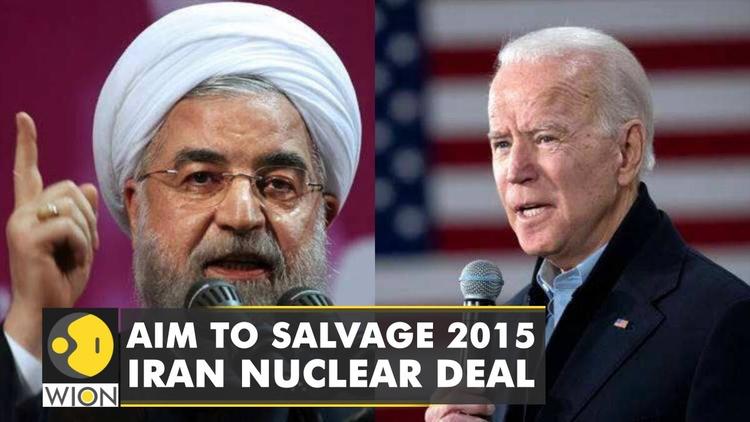 Ann Arbor (Informed Comment) – Al Jazeera English reports that the Biden administration has restored a key waiver for Iran’s civilian nuclear energy program that allows third parties such as Russia and France to consult with Tehran about how to dial back and repurpose the program. Without the waiver, if some officials had gone off to Tehran to advise the ayatollahs on these matters, they could have been fined and sanctioned by the U.S.

Specifically, the waiver allows helping Iran decommission its planned heavy water nuclear reactor at Arak, providing its medical research reactor with fuel, and taking out of the country excess stockpiles of low enriched uranium beyond the quantities allowed by the JCPOA.

On Tuesday, David E. Sanger, Lara Jakes and Farnaz Fassihi had reported at The New York Times that a return to the 2015 nuclear deal by the US, which was sabotaged by Trump in May, 2018, may be imminent.

There does seem to be movement on the Iran talks in Vienna. Earlier this week Russian foreign minister Sergei Lavrov told Dubai-based al-Arabiya that he was “optimistic” about the course of the negotiations, according to BBC Monitoring. Iranian negotiator Ali Bagheri Kani told the Iranian parliament this week that arrangements are now in place, owing to the negotiations, for a “win-win” agreement.

Both American and Iranian hard liners are attempting to scuttle the talks. Virtually no one in the Republican Party supports the negotiations, and the Israeli lobbies are up in arms at the very idea of peace with Iran.

In Iran, some members of the far right Steadfastness Front have attempted to convince Iran’s clerical Leader, Ali Khamenei, to abandon the talks and to enrich uranium at an even higher level in hopes of dividing Russia and China, who support Iran, from France, Britain and the US. The government of President Ibrahim Raisi, who is himself a hard liner, has nevertheless committed itself to a successful outcome to the negotiations if Iran can achieve genuine sanctions relief from the US.

The US waiver on nuclear consultations was revoked in 2020 by then Secretary of State Mike Pompeo, two years after Trump had withdrawn from the 2015 nuclear deal with Iran. The deal, the Joint Comprehensive Plan of Action (JCPOA) had limited Iran’s nuclear enrichment activities in return for the dropping of UN and US sanctions. The US Republican Party, however, refused to allow the lapsing of US sanctions on Iran, and even sabotaged an Iranian plan to buy passenger jets from Boeing, costing America billions of dollars and thousands of jobs.

Since not allowing other countries’ officials to help dismantle Iran’s uranium enrichment programs serves no conceivable US purpose, Pompeo’s move has to be seen as one of the stupidest formal government policies ever enacted.

Iran had scrupulously adhered to its obligations under the 2015 deal even after Trump trashed it and imposed a financial and trade blockade on Iran. Tehran, however, ceased strictly abiding by the 2015 treaty two years after Trump destroyed it, on the reasonable grounds that it had never received the sanctions relief promised it in return for mothballing 80% of its civilian nuclear enrichment program. Tehran is negotiating in Vienna indirectly with the US through meetings with the remaining signatories to the JCPOA, Britain, France, Russia, China, and Germany. The US has an office in Vienna on the sidelines of these talks and is being consulted by its allies.

Iran’s right wing president, Ibrahim Raisi, says he is willing to go back into compliance with the JCPOA if the US lifts all sanctions on Iran. The Biden administration says it is willing to offer some sanctions relief, but will not lift sanctions imposed for reasons other than the nuclear program.

Raisi also wants some mechanism enacted that will prevent the US from slapping sanctions back on and pulling out of the deal again in 2024 if the Republicans take the White House.

The Trump financial and trade embargo imposed from 2018, which went so far as to stigmatize Iran’s central bank as a terrorist organization, has devastated the Iranian economy. If Leader Khamenei does permit the 2015 deal to be resurrected, despite his deep and justified suspicion of the US, it will only be because he wants his economy back and fears unrest if the US maximum pressure continues.