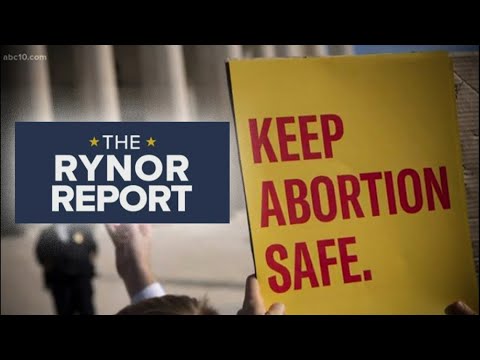 Greenfield, Mass. (Special to Informed Comment) – Did you know?

…Abortion has been legal for a large part of US history and was significant in the history of women’s reproductive health care: Not a single state banned abortion in our country’s first century. Women used abortion-inducing herbs and medications described in early pharmacological literature and were assisted by skilled midwives, nurses, and women’s health care providers. Half of these skilled women were African-American, some enslaved; and others were indigenous and white. Enslaved black women, however, never had the freedom to choose an abortion: their pregnancy meant another slave, another financial asset for their white slave owner who raped them and prohibited their having an abortion. Thus, black women developed an underground of herbal abortifacients and skilled women’s health care.

…Not until the 1860s, with the end of the Civil War and the rise of Jim Crow laws did some states pass anti-abortion laws, forcing women to seek covert abortions. By 1910 abortion was illegal in all existing states.

…The Catholic Church’s teaching on abortion reversed its historical position in that same period, the late 1860s, and banned abortion from the moment of conception. Prior to that ban, prominent churchmen debated the point of ensoulment – that is when a fetus gained a soul. For some it was at the moment of conception; for others, it was months, with fewer months for girls than boys, given they deemed girls underdeveloped humans compared to boys. When the Catholic Church moved to standardize its teaching condemning all abortion, historians have pointed out that it was losing its secular empire of Vatican lands and needed to reassert spiritual power in the face of this defeat. Pope Pius IX then established that all abortion was sinful, and excommunication the penalty; simultaneously he established the dogma of “papal infallibility” – that is, on matters of church doctrine, the Pope is infallible.

… Roe v. Wade, the 1973 Supreme Court decision, recognized a woman’s constitutional right to decide whether or not to terminate her pregnancy, acknowledging that women have autonomy to make that decision. The 1973 ruling established that women can abort in the first trimester (12 weeks) and the states could regulate but not ban abortion in the 2nd trimester (13-24 weeks); and that the state could regulate or ban abortions in the 3rd trimester (25-36), except when necessary to preserve the life or health of the mother. When Roe v. Wade came into effect, 46 states had to abandon their restrictive abortion laws.

…Today, a majority of US adults–including Catholics, non-Evangelical Protestants, Jews, Muslims, Hindus, Unaffiliated, Asian, Black, Latino and White adults, moderate and liberal Republicans, and a strong majority of Democrats, both women and men, agree that abortion should be legal in all or most cases.

…Despite the fact that the majority of Americans support abortion, 21 states are certain to attempt to ban or limit severely abortion rights, and five more are likely to do so, if Roe v. Wade is overturned by the Supreme Court. Most have pre- and post-1973 laws poised to go into effect.

Government is ignoring the will of the people.

… A majority of these 26 states are among the worst states for women’s employment and earnings and include the eight poorest states for women. They are also among the most restrictive states in which to vote. Women from Louisiana and Florida, states prepared to ban abortions, and from Texas, which already does so beyond six weeks – would have to travel from 542 to 666 miles to reach a clinic that provides abortions.

… In surveys and interviews with women who have had abortions, most women report multiple reasons for their decision. These include financial and other responsibilities – not able to afford raising a child or another child; the need to finish education, to work, or to care for those they already care for; and problems with the male partner, including lack of support or relationship difficulties.

…Misogyny and injustice fuel the control of women’s bodies.

· There is no comparable moral or medical control of men’s bodies.

· The moralistic urgency to preserve life in the womb evaporates once a poor child is born. One in seven children lives in poverty; four million youth are homeless; the enhanced child tax credit has expired thrusting millions more children and families into poverty, while studies show that cash assistance to poor mothers

Las Libres (“the free ones”), a Mexican feminist network, has been providing abortion pills to women across the border in Texas and other US states since 2000. Mexico’s Supreme Court ruling in September 2021 that abortion is no longer a crime eased this cross-border reproductive rights activism. So also is Austria-based Aid Access assisting by prescribing abortion medication for women in Texas, who receive the pills from a pharmacy in India.

Our government kills innocent children, women and men with impunity in its Global War on Terror–giving the Pentagon a blank check for military murder, while many states and the Supreme Court are poised to criminalize women’s reproductive rights.

Abortion rates have dropped over the last quarter century in countries with liberal abortion laws and more easily accessible contraception, according to a 2018 Guttmacher Report. Stricter abortion laws do not result in fewer abortions, only less safe ones. Abortion rights activists, including SisterSong, dedicated to reproductive justice for women of color, and Indigenous Women Rising, are tirelessly on the move and will never abandon the fight for reproductive justice for all women.

Bio: Pat Hynes, a retired Professor of Environmental Health, is a board member of the Traprock Center for Peace and Justice. Haley’s Press, Athol, MA, will publish her new book, Hope But Demand Justice, in late February 2022.

A shorter version was published in The Recorder /

Reprinted with the author’s permission.