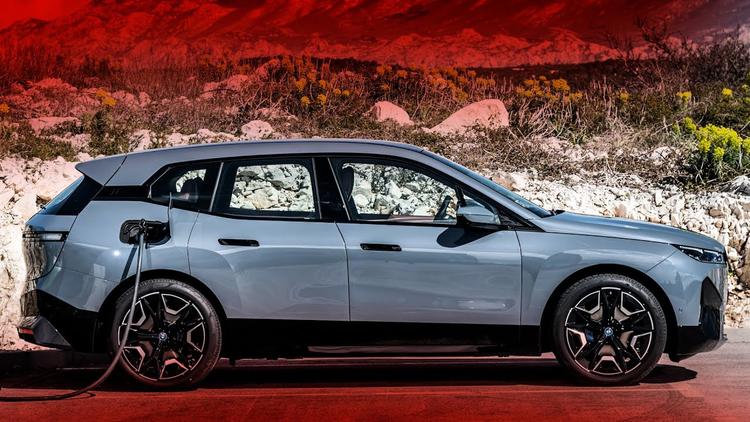 Ann Arbor (Informed Comment) – Reporters pressed White House spokesperson Jen Psaki on Wednesday about the likelihood that any Russian military engagement in Ukraine will raise petroleum prices further. Ensuing US sanctions on Russia would keep some of its petroleum off the market, as has already happened to Iran, at a time when demand is high and supplies are tight.

ABC News reports that President Biden is signalling to the American public that there could be higher prices ahead. ABC News Chief Business Correspondent Rebecca Jarvis talked to oil analysts who said that gasoline prices could rise 50 cents if Russia goes into Ukraine. The average price of gasoline per gallon across the US at the moment is $3.50.

Psaki said, “We have been in touch with allies and partners, suppliers out there on the global stage for weeks now in preparation for a range of impacts of — you know, in anticipation of an invasion or, actually, an impact of an invasion, both for natural gas and oil prices on the market.”

Russia is a major producer both of methane gas and of petroleum, and both sources of energy would be affected by US and European sanctions on Moscow.

Psaki thus attempted to give journalists the impression on Wednesday that Mr. Biden has options, such as approaching allies abroad or releasing more oil from the Strategic Petroleum Reserve. Alas, this is not true. Saudi Arabia for its poor human rights record. Riyadh says it will abide by an OPEC agreement on production quotas. President Biden also pressed the major methane gas producer, Qatar, to ship more Liquefied Natural Gas to Europe, but while the small Gulf principality would love to be of help to Washington, it is hamstrung by long-term contracts with Asian customers. Doha is increasing its gas production capacity, but that will take time.

ABC quotes a Republican congressman as, predictably, saying that the answer is to allow the US to produce more petroleum and methane gas, but there isn’t any significant federal cap on such production. Restraints on oil drilling on nature reserves keep a handful of people from getting richer, but would not change the price of petroleum.

Moreover, producing more oil and gas in the US mostly means hydraulic fracturing, which is ruinous to the environment and will wreck the earth with methane and carbon dioxide emissions. Moreover, fracked fields are shallow and oil production at some previously rich fields is declining.

There is only one reasonable solution to high gasoline prices. It is to abandon the gasoline automobile for either public transport (in cities) or where necessary electric vehicles. EVs don’t use gasoline and buying one is a declaration of independence from Russia, Saudi Arabia and Iran.

As for methane gas, it can be quickly and inexpensively replaced by wind, solar and batteries. The more of our electricity that comes from renewables, moreover, the greener our electric vehicles will be.

Already, most new electricity generating capacity this year is expected to come from renewables, and within eight years renewables will surpass gas as sources of electricity, according to the EIA. I’d bet it will be sooner.

Getting away from gasoline by buying an EV may only be plausible for middle class families right now. But note that the average passenger vehicle in the US sells for $47,000 in early 2022, and with federal tax breaks may EVs are cheaper than that.

Article continues after bonus IC video
CNET: “Here are the electric cars coming in 2022, a record year for EV launches”

Only 535,000 electric vehicles were sold in the US in 2021, versus 3.2 million in mainland China and 2.3 million in Europe. It is time for us to stop being so backward, and paying for it through the nose. There are many new models of EVs on the market this year, so the selection has grown enormously.

Biden’s infrastructure law is allowing him to provide states with federal money to put in a fast charging network for EVs, and there will very shortly be more electric charging stations than gas stations. But this range anxiety business is anyway overdone. I leased an EV and I never got anywhere near running down the battery. Most EVs have a range of 200-300 miles per charge nowadays, and the average daily trip is in the US is 5 miles. So you’re not actually going to run out of juice. If you want to take a long road trip before Biden’s chargers are installed, so rent a car. That makes more sense than paying for gasoline every day of the year.