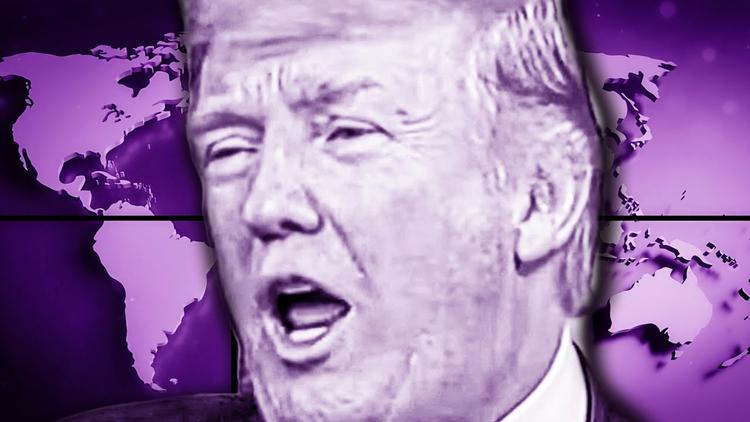 Berkeley, Ca. (Special to Informed Comment) – On February 4, the Republican National Committee voted to censure two party members. The charge was that investigating the January 6 attack on Congress is, “persecuting individuals engaged in legitimate political discourse that had nothing to do with the attack.” RNC thereby asserts that only the rioters are guilty. Actually, overthrowing constitutional rule in the US had been in the works for years, and that effort deserves to be evaluated in a global context.

The Trump Administration repeatedly tried to make the military shift its loyalty from the Constitution and the law to obeying Mr. Trump. He ordered troops to the Mexico border, threatening deadly force. Defense Secretary Mattis insisted that, instead, they would obey the Posse Comitatus Act, would not be armed, and would not replace law enforcement. Mr. Trump threatened to bomb Iranian cultural sites, a war crime under international law. The military pointedly released a targeting list that omitted cultural sites. Mr. Trump ordered the 82nd Airborne to intervene in Washington, DC protests, but Defense Secretary Esper blocked that deployment citing legal limits under the Insurrection Act. Mr. Trump even attacked the US military’s sense of honor, wiping his feet on war heroes and pardoning war criminals.

The administration attempted to convert Customs and Border Patrol (CPB) into a political paramilitary. Hardening them against social outcry over breaking up families, having them cheer for him in uniform at campaign rallies, and attempting anonymous detentions was supposed to separate them from their sense of duty to the country. Apparently, that was judged to have failed.

Before the insurrection, every living former Secretary of Defense signed a letter warning that trouble was imminent and the military must stand with the nation, not the coup. Immediately after the riot, the Joint Chiefs of Staff and their senior commanders signed a letter underlining the legal transfer of power to the next President.

In subsequent review, the character of the events has become even more certain. Capitol Police were cut off from reinforcement by orders from the administration to sever the established mechanisms for summoning backup. Intelligence warnings correctly predicted that Congress itself was the target. A revolutionary command center was setup in the Willard Hotel.

Careful attention to Mr. Trump’s pre-assault speech shows scant mention of the Capital building, aiming instead at Congress itself. He targets members of Congress by name. Democrats are to be expelled rather than killed (“Let them go, let them go”). Republicans who are “weak” will not support him and they must go too. The goal was an illegitimate rump legislature obedient to a post-constitutional leader.

Why does the RNC make this move now? At the behest of the ex-President’s team, of course, but the timing seems terrible. The West is currently locked into the most severe confrontation with Russia in many years over the Ukraine. Opposition to Russian aggression is one of the few things that unites Republicans and Democrats. Why divide the GOP in such a moment?

Actually, in global perspective, political disruption in key Western nations is strangely fortuitous for Russia. Boris Johnson’s Covid hypocrisy was months ago, but emerges only now. Canadian protesters have repeatedly failed to mount a significant demonstration, but suddenly receive tens of millions of dollars to energize their roadblocks.

Is this what security experts have been warning us about when they say that Russia’s strongest weapon is its integration of cyberwar and human intelligence? In an age when encryption is much ahead of code breaking, and the Citizens United court decision essentially legalizes the use of American corporate status for political espionage, we are justified in being suspicious of such widespread coincidences.

Remember that the first impeachment of Donald Trump clearly showed improper connections and service to Vladimir Putin. When that Ukraine-centered scandal looked like it would prevent Trump’s reelection, he quickly delivered Russia two consolation prizes. First, he withdrew US troops supporting Syrian Kurds, forcing them to appeal for Russian protection. Second, when Iraqis rose up against Iranian influence in their country (threatening to sever Russia’s conduit to Syria), Mr. Trump ordered a bombing inside Iraq, making the US look like the greater enemy, thus saving the Russian agenda in the Middle East.

Does Donald Trump see himself as attacking the Constitution or serving a foreign master? Quite possibly not. Despite the pattern of behavior described above that strongly suggests a years long plan to overthrow the country, there is a lot of evidence of people trying very hard to persuade him to do this. Donald Trump is perhaps the best salesman of our time, but he hires people for ideas and tactics.

Former trade representative Peter Navarro openly admits plotting to overthrow the democratic process, but speaks of the President as being completely “onboard” with “our plan.” A White House meeting just before Christmas in 2020 pressed the President to take illegal action, but those advocates nearly came to blows with senior staff.

All of which returns the matter to the original point. The RNC is correct when is says that the Congressional Committee investigating the January 6 insurrection is looking hard at relevant political advocates who did not have government jobs. Those are exactly the people most deserving of scrutiny. Intervening on their behalf, the RNC disrupts American political unity by dividing the Republican Party only days before Russian maneuvers are scheduled to begin on three borders of Ukraine.

Scott Corey Scott Corey holds a PhD in Political Science from UC Berkeley, and his dissertation was on revolutions and political violence.