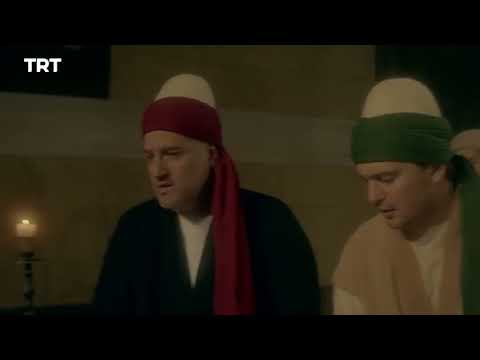 ( Middle East Monitor ) – Before discussing two great Sufis, Abd Al-Ghani Nabulusi and Ibrahim ibn Adham, it is essential to note that Sufis from across the globe are passionate about Masjid Al-Aqsa. In the 17th century, there were over 70 zawiyas (Sufi spiritual centres) in Jerusalem.

Both Masjid Al-Aqsa and the city of Jerusalem have been central in the imaginations and daily lives of Sufis. Many Sufis have invested their thoughts and some of their lives in extolling the virtues of Masjid Al-Aqsa. Many Sufis travelled over long distances from as far as Indonesia, Southern Africa and Bosnia to visit Al-Aqsa. Some made Jerusalem their home. Sufis have also been at the forefront of strengthening Muslim faith through the love of Al-Aqsa.

Article continues after bonus IC video
TRT: “A gathering of Sufis at Al-Aqsa Mosque in Jerusalem”

In the late 17th century, Al-Nabulusi of Damascus set out on a spiritual journey to Al-Aqsa. His memoirs of the road to Al-Aqsa reveal the honour bestowed on his group by those they passed. All along the route, people thronged to meet him, not only because of his scholarly credentials, but also because he was heading to Al-Aqsa and the holy city of Jerusalem. It was a reminder of tracing the footsteps of pious predecessors like the companion of the Prophet, Abu Dhar Gaffari. It was also to reignite the connection made by the Prophet on the night journey of Al-Isra when he travelled from Mecca to Jerusalem.

Al-Nabulusi’s journey, which took nearly ten days, was finally rewarded with the sight of glorious Al-Aqsa. Al-Nabulusi writes how he dismounted his ride on seeing the walls of Jerusalem and walked the last few miles. Every step reminded him of the companions of the Prophet and pious predecessors, who trod the ground and the great prophets like Ibrahim, Suleyman, Daud and Isa, who resided in Jerusalem. These, and many other prophets, received revelation from the Creator here, and some are buried in the holy grounds.

The spiritual ecstasy he experienced when, finally, Al-Nabulusi entered the Noble Sanctuary of Al-Aqsa is detailed in his diary. He connects the Dome of Rock to the believer, not only through its physical beauty, but also its sanctity.

He wrote: “How beautiful is the frequented mosque wherein I attended the five daily prayers. My eyes were dazzled by the subtlety of its pleasure and my heart to its doors used to race. One feels the reverence of the prophets and saints in it, and whoever reaches it loses his way out.”

Earlier, in the 8th century, a spiritual awakening for Prince of the Kingdom of Balkh Ibrahim ibn Adham occurred – similar to the attraction to Al-Aqsa that Al-Nabulusi experienced.

[Jalalu’d-Din] Rumi writes that ibn Adham was awakened one night by a voice that changed his heedlessness. He abandoned his palace and privileged life devoted to worldly pleasures. After wandering for a while, he finally came to Jerusalem. He used the walls of Al-Aqsa as his pillow for the night. Here, in the sanctuary of Al-Aqsa Mosque, he attained peace that the dinars of the princely estate and the luxury of palaces could not provide.

In sacrificing a kingdom to obtain the love of the Creator, ibn Adham is reported to have achieved a very high spiritual status. Many miracles are recorded to have taken place through him.

Regarding ibn Adham, Sheikh Akhtar writes: “The royal person robed in a beggar’s gown. The royal honour clothed in poverty. When the soul of the king of Balkh became pure and clean, when it became afflicted with the pain of divine love, it became acquainted with the treasures of poverty. The soul of the king once freed from the world became a recognised soul in the court of the Creator.”

The sacrifices of the great Sufis and their devotion to Al-Aqsa remind us of the need to (re)connect with Al-Aqsa Sanctuary to strengthen our spirituality. Aqsa Week should be used to revive our love for the glorious Al-Aqsa Sanctuary.

Ismail Patel is the author of The Muslim Problem: From the British Empire to Islamophobia. He is also Visiting Research Fellow at the University of Leeds and the Chair of the UK based NGO Friends of Al-Aqsa.