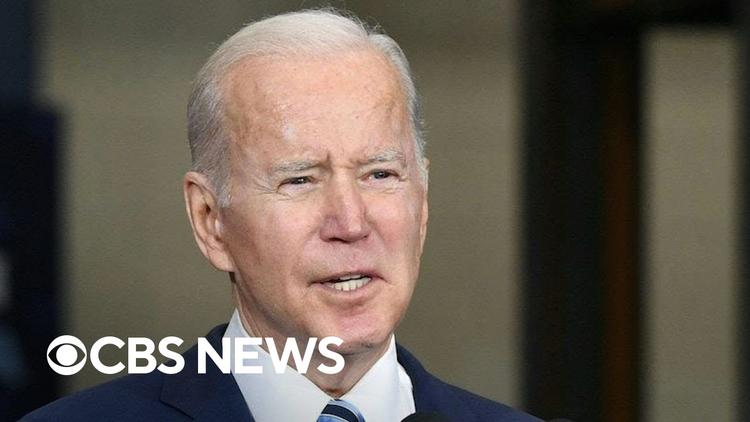 Ann Arbor (Informed Comment) – President Biden admitted on Tuesday that, regarding electric vehicles, “China has been the — leading that race up to now. But this is about to change . . .” The president of the United States announced a Green Race with Beijing for dominance of the electric vehicle manufacturing sector, in which the US is way behind.

As a Middle East specialist, I’m deeply interested in this budding US-China EV Race because it holds the prospect of reconfiguring the economies and geopolitics of the Middle East. Oil giants like Saudi Arabia and Iran face a steep decline, while it could be that energy-poor countries like Turkey and Egypt will reemerge as regional hegemons on the strength of their populations and manufacturing.

So back to Biden’s plans to green US transportation:

Biden said that the Australian maker of electric vehicle chargers, Tritium, is opening a plant in Tennessee to produce 30,000 chargers a year, creating 500 jobs.

The President pledged, “They’ll use American parts, American iron, American steel. And they’ll be installed up and down the highways and corridors in our communities all across the country by union workers from the IBEW and the electric work- — and the electrical workers union.”

He continued, “these jobs will multiply in steel mills, small parts suppliers, construction sites all over the country in the years to come. And it’s going to help ensure that the American — America leads the world in electric vehicles.”

Biden said Tuesday, “When we wrote the — and passed the Bipartisan Infrastructure Law, we included $7.5 billion for electric vehicle chargers.”

He added, “later this week, we’re going to announce a state-by-state allocation for $5 billion of the funding for these chargers. So states can start making plans to build out what will become a national network of electric vehicle chargers.”

Biden has embraced some key elements of the Green New Deal as Bernie Sanders and Alexandria Ocasio-Cortez conceived it, expecially the notion that the rebuilding that confronting the climate crisis entails can be used to help the American working class. He said Tuesday, “In my first full year as President, the economy created 6.6 million new jobs. 6.6 million. That’s never happened before in American history. And that includes 375,000 manufacturing jobs. 2021 saw the highest increase in U.S. manufacturing jobs in nearly 30 years.”

Emphasis added. All the dreary reporting on the Biden economy by the for-profit press conveniently neglects these significant achievements. Sometimes I think it would be too cynical to argue that they miss the constant trolling of Trump and are hoping he gets back in for the sake of their bottom line. Sometimes I think it is the only explanation for how they always foregrounded Trump when mentioning good economic news but seldom even mention Biden in that context.

So here’s why the EV chargers of the sort Tritium will make in Tennessee are so important. Jarrett Renshaw and Nandita Bose report at Reuters that since Biden assumed the presidency in 2021, some $200 billion worth of domestic US investments in electric vehicles, batteries, semiconductors and aircraft have been announced.

Nives Dolsak and Aseem Prakash at Forbes point out that 28 percent of US carbon dioxide emissions come from the transportation sector. Most of that is automobiles and trucks burning petroleum. To cut C02 output by 50% by 2030, Biden will have to shift America into electric vehicles and improve public transport.

Dolsak and Prakash point to what is widely seen as a drag on EV adoption, which is the lack of fast public charging stations. Biden’s Infrastructure Investment and Jobs Act (IIJA), passed last fall, contains incentives for the public to buy more electric vehicles but also the billions Biden just mentioned for a nationwide network of fast charging stations.

Biden underlined of his charging stations and attempt to boost EVs, “That’s also going to help save hundreds of billions of gallons of gasoline over time, serving — saving an average driver who chooses an electric vehicle up to $1,000 every year on fuel; making our country more economically competitive, lowering air pollution, and keeping families healthier as we tackle climate — the climate crisis.”

Biden is right about the cost savings, but why state the numbers on an annual basis? Most people keep a car for about 12 years or so once they buy it. Yahoo Finance confirmed last fall that the savings on fuel of an EV amount to nearly $12,000 during those twelve years.

Biden’s remarks on Tuesday did not get much TV coverage beyond the event itself, and I fear that their significance was not fully appreciated by the inside-the-beltway reporters. The Chinese bought over 3 million EVs last year, while Americans bought 434,879. The goal Biden set, of outstripping China in the electric vehicle field, is a moonshot aspiration.