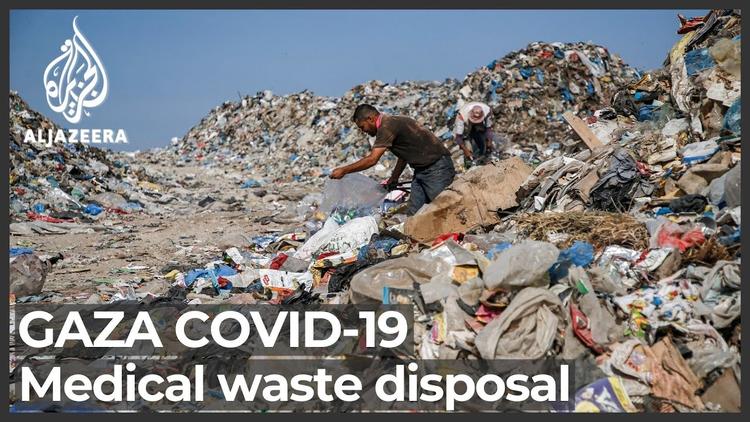 ( Middle East Monitor ) – Eleven-year-old Amal Lubbad was deep in thought when I met her in what has become her second home, Al-Shifa Hospital in Gaza City. It was her third hospital visit this week. Five years ago, Amal was diagnosed with kidney failure, which requires her to have dialysis. A kidney transplant would save her life.

She greeted me with a smile that masked the considerable pain which defines her past, present and future. The dialysis machine that she is usually connected to for hours on end has broken down. The parts needed to maintain it are not available in the besieged Gaza Strip. The Israeli occupation authorities won’t allow the necessary spare parts and equipment to be imported, so Amal’s health has worsened considerably. The kidney transplant is now needed as a matter of urgency; she can no longer afford to wait.

Broken dialysis machines and shortages of medicines and suitable treatment threaten the lives of nearly 600 Palestinian kidney patients in the Gaza Strip. Amal is not alone in waiting for a transplant; sitting next to her was Abu Ali, 70, who could barely speak. He too was sitting on a dialysis chair, his hands trembling. The nurse watched the dialysis machine anxiously, fearing that it would malfunction and stop working. An hour passed and it was still running, but everyone’s stress level continued to rise: Abu Ali requires three hours of dialysis a day. His eldest son Ibrahim accompanies him to his sessions at Al-Shifa, sometimes offering food or conversation to try to distract his father. Ibrahim told me about a day when the dialysis machine did break down mid-session, causing them to have to wait for a full day until the machine was serviced and repaired. All the dialysis machines are old, Ibrahim told me, which makes the treatment more painful for the patients, but there is no other option in Gaza.

The Israeli-led blockade of Gaza affects all aspects of life at the hospital: from medicines to medical disposables; from spare parts to electricity to keep machines working; from fuel for the emergency generators during power cuts to spare parts for the generators themselves, which also break down frequently. Kidney patients continue to suffer from all of this, including the shortage of syringes filled with blood-thinning medication, which are also frequently unavailable due to the blockade. The exceptionally high unemployment rate in Gaza makes it very difficult for families to afford costly treatment, such as thrice-weekly dialysis.

If patients are deemed to be beyond the limited resources of Al-Shifa and the rest of the healthcare system in Gaza, they are unlikely to get permission for the Israeli occupation authorities to leave the besieged territory for treatment elsewhere, assuming, of course, that they can afford to go in any case. Those fortunate enough to get a travel permit from the Israelis are often the most ill, so the journey itself is often life-threatening.

It’s not only dialysis machines which require maintenance and spare parts banned by the blockade; a lot of other medical equipment is in a similar precarious position in both government and private hospitals and medical facilities. Requests for spare parts submitted by the Palestinian Ministry of Health are usually rejected by Israel.

Ibrahim Abbas is the director of the medical imaging unit at Al-Shifa Hospital. He said that Israel’s import and travel bans are well documented and must be submitted to the World Health Organisation and human rights groups. He explained that the medical crisis in Gaza is created by the occupation state’s deliberate intention to paralyse the health sector in the coastal enclave.

The Director General of Al-Shifa Hospital, Medhat Abbas, told a recent press conference about the difficult healthcare situation and emphasised the urgent need to introduce new medical devices in Gaza’s hospitals in the face of the spread of the latest coronavirus mutation. Intensive care rooms lack ventilators and are limited in how they can treat patients with serious illnesses and diseases. The lives of patients are at risk all the time. Physical and psychological dangers surround them on all sides.

In the hospital’s lung ward, I was stopped by an old man lying on a bed in the corner. He could barely breathe. He also suffers from high blood pressure and diabetes. “My treatment does not exist,” he said bitterly. “That’s what the specialist told me.”

Many doctors struggle to diagnose their patients accurately due to the failure of appropriate diagnostic equipment. Despite the presence of specialised medical professionals in Gaza, the prolonged and increased use of the devices available increases the chance of failure from overuse, making it even more difficult to diagnose patients and prescribe treatment. It is a vicious and deadly circle.

According to Dr Abdel Nasser Sobh, the health sector coordinator of the World Health Organisation, the spread of the latest Covid-19 mutation has led to the already overstretched and worn-out healthcare system in Gaza deteriorating even further. Immediate and urgent intervention by the international community as well as humanitarian and medical institutions is required. Coordination with the Israelis over the crossings and entry of medical supplies takes a long time and comes with the very real risk that they may simply refuse to allow desperately-needed supplies into Gaza, with the inevitably dire consequences which that entails. The healthcare crisis in Gaza is critical and, much like little Amal, demands immediate and lifesaving action to alleviate unnecessary suffering and death.