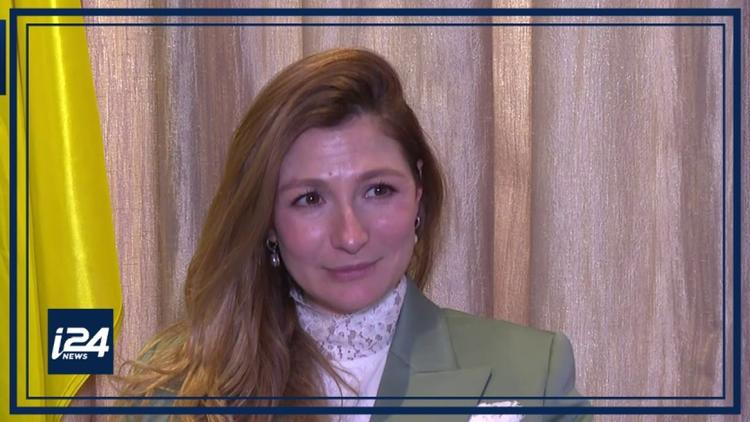 ( Middle East Monitor ) – It is almost 3,000 kilometres from Tel Aviv to Kyiv, and yet the crisis between Ukraine and Russia is having a huge impact on Israel. Why does it seem to be a party to the crisis when it shares no border with either of them?

Israeli Prime Minister Naftali Bennett sought to mediate between Russia and the US during his summit with Russian President Vladimir Putin in Sochi, and Foreign Minister Yair Lapid has spoken with his Russian counterpart, Sergey Lavrov. Both efforts failed, possibly because the issue is bigger than Israel, and the Russians felt that the occupation state was adopting a Western position, rather than that of an impartial mediator.

Its own military and economic interests mean that Israel is keen to maintain strong relations with both Moscow and Washington, but the crisis has pushed it into a corner. This may force the Israeli government to stand with one or the other, abandoning the fence upon which it sits. This, of course, threatens its interests in both countries.

The Israeli assessment is that if the crisis worsens it may keep the US busy and away from the Middle East, leaving Israel with no support. This would be consistent with America’s gradual withdrawal from the region which began in Iraq and then Afghanistan. Other countries looking for a regional role may step in to fill this void, against Israel’s wishes.

Hundreds of thousands of Israeli Jews reside in Ukraine and Russia; they could be at risk if the Russians invade. The Ministry of Foreign Affairs and Diaspora in Tel Aviv and the Jewish Agency for Immigration has already prepared plans to evacuate Ukrainian Jews if that happens.

Siding with one or the other would be in line with the international approach to this crisis. It looks like Cold War II and the division of the world into two camps. Nevertheless, the occupation state wants to benefit from all sides, as usual, but is facing pressure from Washington and Moscow alike to choose one or the other. The US wants to mobilise as many countries as possible on its side, especially its allies, of which Israel is one, of course.

Indeed, the US is Israel’s most important political and diplomatic shield and may not accept anything less than Tel Aviv siding with its position in this crisis, politically and on the ground. If Israel refrains from doing so out of self-interest, tensions between them may rise at a time of developing Israel-China relations.

Ukrainian President Volodymyr Zelensky (R) and his Israeli counterpart Isaac Herzog review a guard of honour ahead of their meeting at Mariinskyi Palace in Kiev on October 5, 2021. – Isaac Herzog arrived to Ukraine with state visit to mark the 80th anniversary of the Babi Yar (or Babin Yar) massacre, one of the largest mass murders of Jews during World War II. (Photo by Sergei SUPINSKY / AFP) (Photo by SERGEI SUPINSKY/AFP via Getty Images)

Moscow, meanwhile, wants a return on the privileges it grants Israel, such as the freedom to conduct air strikes in Syria; to oppose the Iranian nuclear deal; and to continue to oppress the Palestinians. Russia believes that it is time for Israel to pay its dues for these benefits by adopting a clear position.

Israeli arms are another factor in this crisis. Weapons sales to Ukraine and neighbouring countries worry Russia, which put pressure on Israel recently to stop such sales, especially of anti-tank weapons, in case they are used against Russian forces in the event of an invasion. Israel was unable to resist that pressure; it knows that Moscow could impose unbearable sanctions if necessary. Thus, as the crisis approaches a climax of one sort or another, Israel gets more and more involved.

Tel Aviv does not want to see matters get beyond the point of no return with Russia invading Ukraine. This would be the nightmare scenario for Israel. At the time of writing, the decision-making circles in the Israeli capital do not seem to have a clear idea of what position Israel will take in such a situation. Nevertheless, it is not expected to take sides, which may be relatively acceptable to all parties for the time being.

In the event that Russia continues to use an “edge of the abyss” policy, Israel may take the opportunity to increase its contacts with Moscow to make sure that Russian policies in the Middle East are not affected by an escalation in the crisis with Ukraine. Aside from its ability to conduct military operations in Syria and Russia’s position towards the Iranian nuclear issue, Israel wants to ensure that Moscow does not provide Tehran with any weapons that would upset the balance of power in the region.

If there is agreement to defuse the crisis in Ukraine — and this is what Tel Aviv wants to see — Israel is expected to maintain its image of political independence in the eyes of Moscow and Washington. This is important because it does not want to be seen by either to be a state that can be swayed one way or the other by disputes anywhere in the world simply because it is allied with a party to a particular conflict.

This may not happen immediately, but there were increasing calls within Israel during the current crisis for the occupation state to maintain its strategic interests in the area without siding with any of the parties involved. Increased reliance on either will show that Israel is an American or Russian “protectorate”, which would likely increase hostility towards it by third parties.