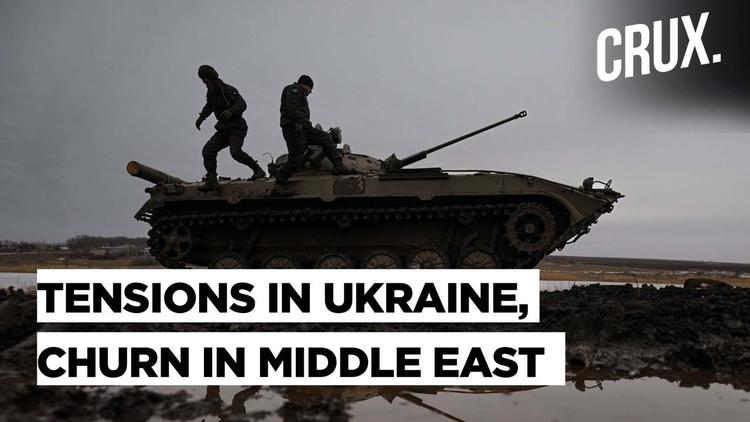 Over the decades, the Middle East has been an arena of contention over influence and interests between the US and Russia in various conflicts.

This continued until the end of former US President Donald Trump’s presidency. The involvement of the US in the region’s conflicts has declined since Joe Biden took office in the White House in January 2021, since he adopted the strategy of pivoting towards Asia to confront the potential Chinese or Russian threats in that area.

America’s need for energy sources in the Gulf and in the Middle East, in general, has also decreased, while the American administration has adopted the policy of reducing tensions with Iran and distancing itself from the Gulf-Iranian conflicts.

The US seeks to provide some concessions to convince Iran to return to the 2015 version of the nuclear agreement in order to guarantee Tehran does not possess nuclear weapons.

American-Gulf relations witnessed tensions due to human rights issues, the war in Yemen and the imposition of additional restrictions on the importance of some types of weapons and ammunition and banning others. This prompted Saudi Arabia, mainly, and the UAE to some extent, to turn to China and Russia for more military cooperation in various fields.

Moreover, Iran, Egypt, Iraq and other countries turned to strengthening economic cooperation and trade with Russia and China.

Some American decision-making centres view the development of security and economic relations between both Russia and China and a number of Middle Eastern countries as a challenge to US interests in the region.

Over the decades, many Middle Eastern countries endured the consequences of the rivalry over interests by the major countries, especially between the US, the former Soviet Union and the current Russian Federation.

Some of the region’s countries fear the expansion of the conflict between Russia and Ukraine and the possible outbreak of a war between the two countries that will lead to instability in the world and in the Middle East, if the US becomes involved in some form.

Meanwhile, other countries in the region, especially the gas and oil-exporting Gulf countries may view the war as an opportunity to improve their relations with Washington, which wants some of these countries to be willing to compensate the lack of Russian gas supply to the European countries, if the Biden administration decides to impose sanctions on Russia or to stop the global energy supply for reasons related to the potential war.

The possibility of stopping gas and oil supply to the European countries is a source of concern for the EU and US, which is trying to take pre-emptive measures to reinforce the European energy security and prevent a major disruption of gas and oil supplies and a disturbance in the prices in the global market because of potential sanctions imposed by the Biden administration.

Such sanctions would prevent these countries from purchasing Russian gas and oil, or the war could lead to stopping the energy flow due to the dangers of transporting it through Ukrainian territories or through the Black Sea to Europe.

Official figures suggest that the EU countries rely on Russia for about 40 per cent of their natural gas needs and that finding alternatives to the Russian gas will not be easy.

During the visit to Washington in late January of the Qatari Emir, Sheikh Tamim bin Hamad, the two parties discussed options for supplying EU countries with Qatari liquefied natural gas shipments in the event that Russia wages a war on Ukraine.

However, observers believe that switching Qatari gas exports to the EU countries will need more time because of its commitments to gas-importing countries in Asia and Africa.

Other gas-producing countries along with Qatar, such as Algeria and Egypt, could contribute to reduce the Europeans’ dependence on Russian gas and provide part of their needs.

Also, oil-producing countries such as Saudi Arabia, Iraq, Kuwait and the UAE can contribute to reducing the Europeans’ dependence on Russian oil.

Beyond energy, the Middle East and North African countries could be affected by the impact of the war, in the field of agricultural materials, trade and grains production in the Black Sea countries.

This is in addition to the effects of refugees migrating from war zones to EU countries, and the potential pressures this can put on the world aid programmes for refugees that refugees from the Middle East and North Africa benefit from.

Many Arab countries, such as Yemen, Lebanon, Libya, Egypt, Tunisia and Algeria rely on importing first class Russian or Ukrainian wheat to meet local needs. These are countries that generally suffer from living standard crises, and the potential increase in wheat prices due to a decreased supply in world markets will increase their people’s suffering.

The wheat imports from Russia and Ukraine represent about 30 per cent of the supply in world markets, as well as other basic food goods, such as corn and vegetable oils.

Ukraine is considered the fifth largest wheat exporter in the world.

The GCC countries rely on the import of wheat and most other food goods to meet the needs of their people. Meanwhile, countries like Iran and Algeria are in the top ten countries importing wheat in the world.

Egypt imports about 60 per cent of its wheat needs from Russia and 30 per cent from Ukraine.

Most of the Arab governments are trying not to declare political positions towards the crisis between Russia and Ukraine in order to maintain balanced relations with the two countries.

Given the continued tensions between Washington and Moscow regarding the Ukrainian crisis, some Arab governments may find themselves forced to declare a political position, choosing between Russia and the US and EU.

But Arab countries such as Syria, Saudi Arabia, the UAE, Iraq, Algeria and others, as well as regional countries such as Iran are seeking to preserve their relations with Moscow, given their need for Russian military manufactures and their partnership with Russia regarding maintaining the price of oil in the world market to serve the countries producing it. Syria and Iran are also seeking to do so to enhance their diplomatic influence in their confrontation with the US.