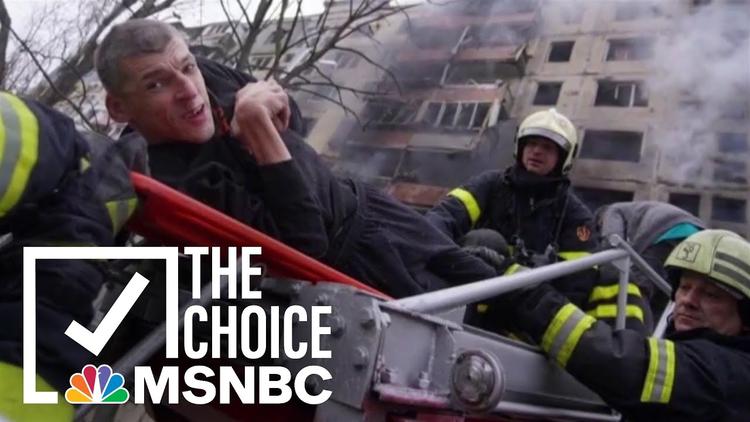 ( RFE/RL ) – This is not the war that Moscow was expecting.

Ukrainian forces have put up stronger resistance than many military analysts predicted prior to Russia’s February 24 invasion, with Russian forces facing growing losses and a series of logistical setbacks that have left it regrouping and changing tactics as its three-pronged advance across the country has slowed.

The Ukrainian Defense Ministry claims to have killed more than 12,000 Russian troops so far, but the fluid and rapidly changing nature of the conflict makes it hard to get an accurate snapshot of what is taking place on the ground and gauge what will happen next.

Some estimates from U.S. officials put the Russian casualty figure as high as 6,000, although other officials have stressed the number is difficult to assess and is likely between 2,000-4,000. Figures from Moscow, which are not seen by military experts as credible, have been issued sparingly and so far only disclosed that 498 Russian troops were killed.

But while many analysts say it is clear that Ukrainian forces have disrupted the Kremlin’s original war plans, Russian forces still outnumber and outgun the Ukrainian side and are continuing to push forward.

This leaves the fate of Russia’s military invasion and Ukraine’s resistance at a pivotal stage that could be decided in the coming weeks by a host of factors.

To find out more, RFE/RL spoke with Gustav Gressel, a former Austrian defense official and Russian military expert at the European Council on Foreign Relations.

RFE/RL: How should people make sense of the varying and at times conflicting casualty figures we are seeing from U.S, Ukrainian, and Russian officials? What’s the reasoning behind these diverging figures and how should we view the gaps? Also, can you explain some of the difficulties in tracking a conflict in real time like this?

Gustav Gressel: Even if you try to establish them objectively, you can’t, because you don’t see all the casualties from [any given] side. The Ukrainians can [have] certainty about the people they capture, they have certainty about the people they kill when they run an attack, a counteroffensive, or something where they take back terrain because they can count bodies. But, of course, Ukrainian counterattacks are [only] a small portion of this war.

So even if you try to honestly assess it, it’s basically impossible, and the most difficult count is obviously the man count. The armored vehicle count is easier because you see what you’ve done to them and also, after some time, you see that on satellite imagery when you see destroyed vehicles [lying] around. That’s why Western intelligence sources have [been able to] check this and [do their own] counting as well.

The Russian figures [are] propaganda. Russia tries to hide the war and they are basically putting [out] fantasy figures.

Of course, they can’t totally deny that there’s some kind of conflict going on because there are people that are heavily wounded who come back [to Russia]. So they have to admit something, but they’re just admitting some small numbers that are definitely below the real figures.

If the Russian [casualty] counts were true, ghosts would have had to [be] driving all the tanks. When a tank blows up in split seconds, there’s no way the crew gets out and Russian tanks have a three-man crew.

So, you can roughly [guess], at least from the vehicle crews, that there are much higher casualties than [what Moscow is disclosing.]

RFE/RL: There are still huge gaps in figures that we’re seeing and a lot of variation. What else might explain that?

Gressel: These are guesses because nobody knows [for sure].

Every party in a war — regardless of which war, and that includes the West and [when it] went to Afghanistan and Iraq — overestimates the casualties inflicted on the other side. That’s very easy, especially when it comes to indirect fire.

Also, because a lot of people that we think are killed in action are actually wounded and [while] they’re out of combat, they’re not dead. So the killed-in-action figure of any party in any war at any time [is] always too high.

As [an] estimate, you can say that roughly two-thirds of what the Ukrainians claim has been destroyed [is] what [has] really been destroyed. And I think maybe the vehicle count [from the Ukrainian side] may be more accurate than the man count because even [with] heavily damaged vehicles you [can] get some crews out alive. So [the overall casualty figure] might be a bit high, but the vehicle count is not too far off. But again, roughly two-thirds of that and you’re likely not far off.

RFE/RL: Given that Russian casualties are likely much higher, are we seeing any shift in strategy now from Moscow?

Gressel: [Russian President Vladimir] Putin is trying to get more domestic support [for the war], but if the heat gets high enough [in Ukraine] he might need to use normal conscripts and normal reservists [on a larger scale] and [use] formations that would generate a lot of forces.

So I think they’re playing for April 1 where you have new conscripts moving in and old conscripts demilitarizing. [The Russian military] wants, of course, to pressure a lot of these demilitarizing conscripts into signing up [again] or [signing] contracts to take part in this war.

This is why, I think, we [currently] see no peace solution or no serious negotiations on the Russian side. They are [waiting] for April 1, [when they could get] another round of force regeneration and [until] they haven’t [tried to use] them…I don’t think Russia will make any serious attempt to make peace.

Gressel: The first blitzkrieg version of the war failed. That’s fair to say. It basically collapsed within the first week of the war and now they’re reorganizing.

We are at a very decisive time and our actions now will determine the course of the war in the coming weeks and whether Ukraine has a chance or not to [keep] standing.

[Russia] will try to fight this war now in [a] more traditionally Soviet [way] than the way they were thinking you’d [normally] fight a fast, lightning war in the 21st century because a lot of their assumptions on that have proven wrong.

We are also [seeing] that a lot of the stuff they did in Syria on a small scale or in Donbas on a small scale, they could not replicate [for] the size of a war in Ukraine, which is substantially larger as a military operation than anything they have done before.

The problem is that switching gears is difficult because they have not brought a lot of the organizational elements that they have at home [into the military theater] in Ukraine, so they actually need to restructure and reorganize the forces very deeply, which is why I think we are seeing such a pause in combat.

The disorganization [and] the logistical problems, they go very deep [because] Russia has been mostly generating this force from [readied] professional soldier battalion tactical groups, which is a good way to [quickly] create a force and quickly deploy it, but for what low-intensity warfare proposes, [Russia] does not have the logistical stamina to fight a full-scale war and — [other] than [its] armor and mechanized infantry — [Moscow] doesn’t have the organizational backbone [for it].

Gressel: If the West manages to crash the Russian economy [in a way] other than how Putin anticipated [and] if [the West] supplies Ukraine with a lot of weapons to keep the kill rate as high as it is, [then] I think Russia might start to [look] for an exit and Russian society might not support the war in the way that Putin [hopes].

Of course, [if the] sanctions regime loses its teeth and Putin sees that [the West] has reached the bottom [of its support], and he can work around what’s there, and if [Ukrainian] resistance dwindles because of the expenditure of ammunition and men, then this might give Russia and the Russian war machinery and [its] propaganda the boost to really go in fully [and push for] victory.

This is hard to predict. We are at a very decisive time and our actions now will determine the course of the war in the coming weeks and whether Ukraine has a chance or not to [keep] standing.

On the other hand, it’s still possible that the Ukrainians [can] prevent that. The battle for Kyiv is not yet decided. The other cities are holding out. A lot in warfare depends on the local morale, on the local skills, and on the local initiative of commanders.

Ukrainian officers and the organized resistance of the Ukrainian army has been professional and well-organized beyond our expectations. If this continues…the Ukrainians still have half a chance of inflicting further damage and denying victory to the Russians. They do not, though, stand [much of a] chance of repelling Russia and pushing it beyond the borders [of Ukraine].

This is, unfortunately, beyond their capacities, but they’re still in [condition] where they can deny victory to Russia.

This interview was edited and condensed for clarity.

Reid Standish is a correspondent in RFE/RL’s Central Newsroom and the author of the China In Eurasia briefing. He focuses on Chinese foreign policy in Eastern Europe and Central Asia and has reported extensively about China’s Belt and Road Initiative and Beijing’s internment camps in Xinjiang. Prior to joining RFE/RL, Reid was an editor at Foreign Policy magazine and its Moscow correspondent. He has also written for The Atlantic and The Washington Post.