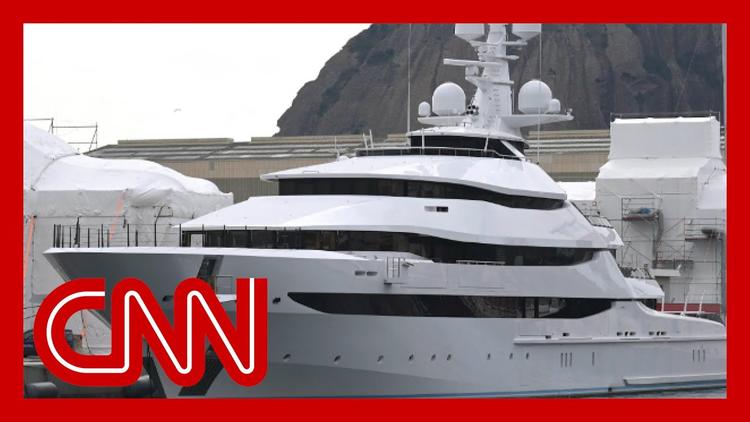 If the U.S. wants to clamp down on “ill-gotten gains” abroad, the first step is to get our own house in order.

As part of the sanctions against Russia for its invasion of Ukraine, the United States and its European partners are cracking down on Russian oligarchs. They’re freezing assets and tracking the yachts, private jets, and luxury real estate holdings of these Russian billionaires.

“I say to the Russian oligarchs and the corrupt leaders who bilked billions of dollars off this violent regime: no more,” Biden said in his State of the Union address. “We are coming for your ill-begotten gains.”

Targeting Russia’s elites, who have stolen trillions from their own people, is an important strategy to pressure Russian President Vladimir Putin, who himself may be among the wealthiest people on the planet.

But the U.S. faces a major obstacle in this effort: Our own country has become a major destination tax haven for criminal and oligarch wealth from around the world — and not just Russians.

While European Union countries have been increasing transparency and cracking down on kleptocratic capital, the United States is a laggard. As the Pandora Papers disclosed last year, the U.S. has become a weak link in the fight against global corruption.

Delaware, the state President Biden represented in the Senate for 36 years, is the premiere venue for anonymous limited liability companies that don’t have to disclose who their real beneficial owners are, even to law enforcement. And South Dakota is the home for billionaires creating dynasty trusts, where they can park wealth outside the reach of tax authorities for generations.

Even U.S. charities, as my IPS colleague Helen Flannery wrote recently, have received billions from Russian oligarchs, helping to sanitize their reputations.

Global wealth is flooding into the United States, especially in luxury real estate. In February, the New York Post did an expose on the luxury real estate holdings of Russian oligarchs in the Big Apple. But oligarchs hide their wealth in real estate all over the country, as well as art, cryptocurrency, and jewelry.

This vast wealth-hiding apparatus would not exist without an enormous enabling class of lawyers, accountants, and wealth managers. These “wealth defense industry” professionals are the agents of inequality, the facilitators of the wealth disappearing act. This class of professionals uses their considerable political clout to block reforms.

The first step in fixing the hidden wealth system is ownership transparency — requiring the disclosure of beneficial ownership in real estate, trusts, and companies and corporations. Cities like Los Angeles are exploring municipal-level disclosure of real estate ownership so they can know who’s buying their neighborhoods.

But we should also shine a spotlight on the wealth defense industry. Days after the release of the Pandora Papers, U.S. lawmakers introduced the ENABLERS Act, which would require such attorneys, wealth managers, real estate professionals, and art dealers to report suspicious activity. The attention on Russian oligarchs has revived interest in this legislation.

If the U.S. wants to clamp down on Russian oligarchs, the first step is to get our own house in order.

Chuck Collins directs the Program on Inequality at the Institute for Policy Studies. He’s the author of The Wealth Hoarders: How Billionaires Pay Millions to Hide Trillions. This op-ed was adapted from Inequality.org and distributed by OtherWords.org.